Former Baltimore Mayor Catherine Pugh has been transferred from a federal prison in Alabama to a residential program in the Baltimore area, according to the  Bureau of Prisons.

Murphy said that could mean home confinement or a Residential Reentry Center halfway house, but declined to say which.

Sources say Pugh, who is serving a three-year sentence after pleading guilty to conspiracy and tax evasion charges, is living in a half-way house in Howard County.

Her attorneys did not return calls this morning.

Pugh resigned in disgrace in May 2019 as details emerged of a corrupt self-dealing scheme involving the sale of hundreds of thousands of dollars worth of low-quality “Healthy Holly” children’s books that were never delivered to children, were double-sold or were never printed.

On November 20, 2019, Pugh was indicted by a grand jury on eleven counts, including tax evasion, fraud, and conspiracy in connection with the book transactions. The following day she pleaded guilty to four charges of conspiracy and tax evasion.

On February 27, 2020, Pugh was sentenced to three years in prison to be followed by three years of probation. She reported to prison in June 2020. 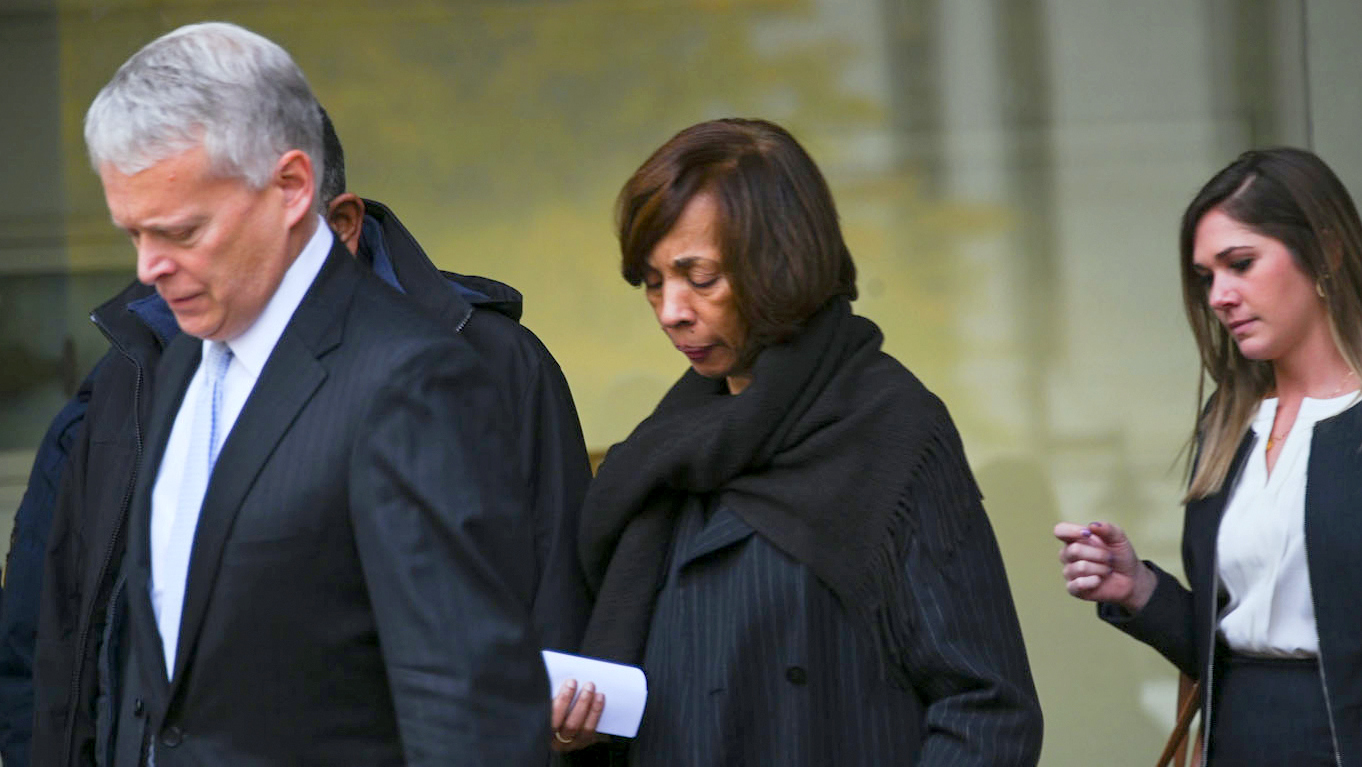 Emerging from the courthouse on the day of her sentencing, Pugh was defiant, chiding the media for “those lights y’all shined” while covering the FBI’s raid on her Ashburton home.

Saying she was looking forward to “rebuilding my life and getting myself back together,” she reiterated what she had said in the courtroom: “None of this was intentional, what it turned out to be.”

The prosecutors, however, made the case that Pugh’s scheme was highly organized and “wasn’t just hatched overnight.”

The funds were hidden there and in the other entities she created with the help of longtime aide, Gary Brown, who also went to jail.

Counting the $170,000 Pugh got from Columbia businessman J.P. Grant and used for her 2018 mayoral campaign and to buy a new house, prosecutors said that she netted $850,000 – none of it reported to the IRS.

“It was like something right out of a mobster movie,” Clarke marveled.

“She had her bagman Gary Brown. She calls in to the [bank] teller. They give it to Mr. Brown. He goes around town and hands it out to the straw donors, ” Clarke said. “Ms. Pugh orchestrated these acts.”

• Aide gets 27 months in jail, but what about the others who enabled Catherine Pugh’s corrupt schemes? (9/12/20)