On April 4, when Baltimore City Hall reopens to the public and in-person meetings resume, citizens will still be able to participate virtually – with one exception.

City Council meetings will go back to being in-person only, with no virtual option.

When might City Council meetings resume in hybrid mode?

“Mid-April to mid-July, but I have to caution that those dates are moving based upon the supply chain,” said chief information and digital officer Todd Carter, addressing the Board of Estimates today.

While providing background on a $858,914 emergency procurement request for technology upgrades, Carter clarified how meetings will be conducted next month for the various public bodies that meet in City Hall.

The public will be able to participate virtually and in-person at meetings conducted in Room 215 on the 2nd floor. The Liquor Board, Board of Municipal and Zoning Appeals (BMZA) and Board of Estimates meet there.

But the there will be no virtual option for meetings conducted in Council Chambers. Meetings of the full Council and its various committees are conducted in this ornate fourth-floor room.

Council President Nick Mosby, who presides over Council meetings, summed up the situation this way:

“So everybody – BMZA, Liquor Board and BOE – should be full-fledged hybrid on April 4, but from a City Council perspective, we’re still working on that timeline?”

Carter said he was correct.

The emergency procurement request was then unanimously approved by the board. 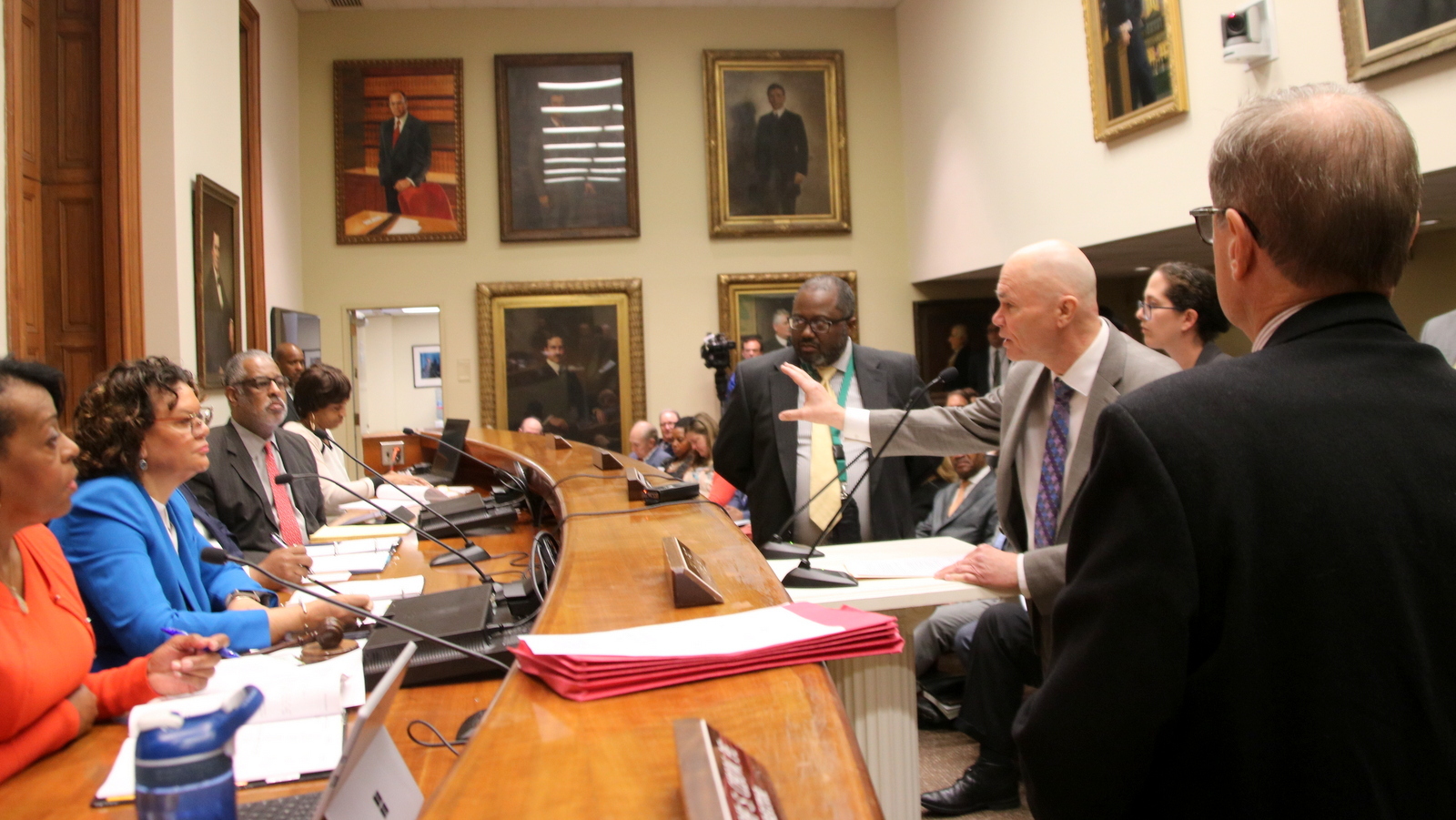 The public sometimes got a chance to speak at Board of Estimates meetings, such as this 2019 discussion of a pipeline franchise agreement with BGE. (Fern Shen)

“Into a brick wall”

After City Hall was closed to the public two years ago at the start of the Covid pandemic, virtual options proved a boon for people with conflicting work schedules, childcare or transportation issues.

But technical problems with virtual meetings have persisted.

In one case, access to view a BOE meeting was cut off before it ended. In another, links were not properly provided, and the meeting had to be conducted over again.

Carter said his department had been making progress preparing for a City Hall re-opening with hybrid meeting capability, but “ran into a brick wall” due to supply chain issues in December.

He said the city is missing about a third of the equipment needed to complete the necessary upgrades for all City Hall meeting rooms. 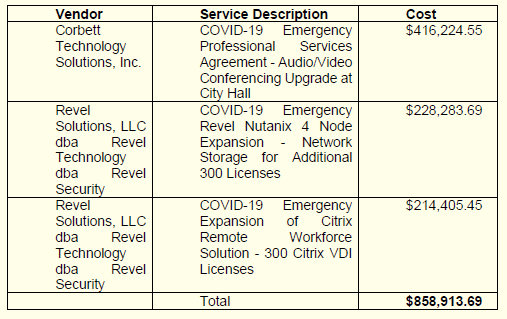 Emergency procurement request for City Hall technology upgrades that were approved by the BOE today.

Comptroller Bill Henry asked how the emergency request will specifically address the Council chambers and other problems.

“We will have better equipment that will eliminate the interference that occurs when you have multiple open mics in a room, and you have audio and visual equipment that is communicating with each other,” Carter said.

The emergency allocation will also go toward electrical upgrades in the 147-year-old building “that hasn’t been upgraded in tens of years,” he added.