Former Baltimore mayoral candidate Mary Miller is throwing her support – and a big chunk of her money – behind Ivan Bates for state’s attorney, joined by a familiar face in local politics, Sheila Dixon.

Miller and Dixon have joined forces in advertisements popping up today on Twitter and local TV that endorse Bates in next month’s Democratic Party primary for state’s attorney. The ads were first disclosed in a tweet by The Baltimore Banner.

“Our love for Baltimore motivated us to run for mayor,” Miller says in the ad.

“And this brings us together to support Ivan Bates,” chimes in Dixon, who has made two attempts to return to the mayor’s office that she was forced to vacate in 2010 after a state corruption conviction.

The ads are funded by Building a Safer Baltimore PAC.

The super political action committee was formed by Miller 13 days ago and was bankrolled by a $250,000 contribution from the former T. Rowe Price executive, who recently served as interim vice president of finance at Johns Hopkins University.

As a special purpose committee, the group can raise unlimited amounts of money, but is not permitted to coordinate its activities directly with a candidate or political party.

In this case, Miller describes the group’s purpose as to “make independent expenditures in support of Ivan Bates.”

Another PAC connected to Miller was beset by controversy during her 2018 mayoral run.

That happened after a memo surfaced from treasurer Martin G. Knott Jr., who described how the PAC was aimed at “targeting white voters” away from two other candidates to Miller (here and here).

The candidates specified in the memo – Brandon Scott and Thiru Vignarajah – did not include Dixon. 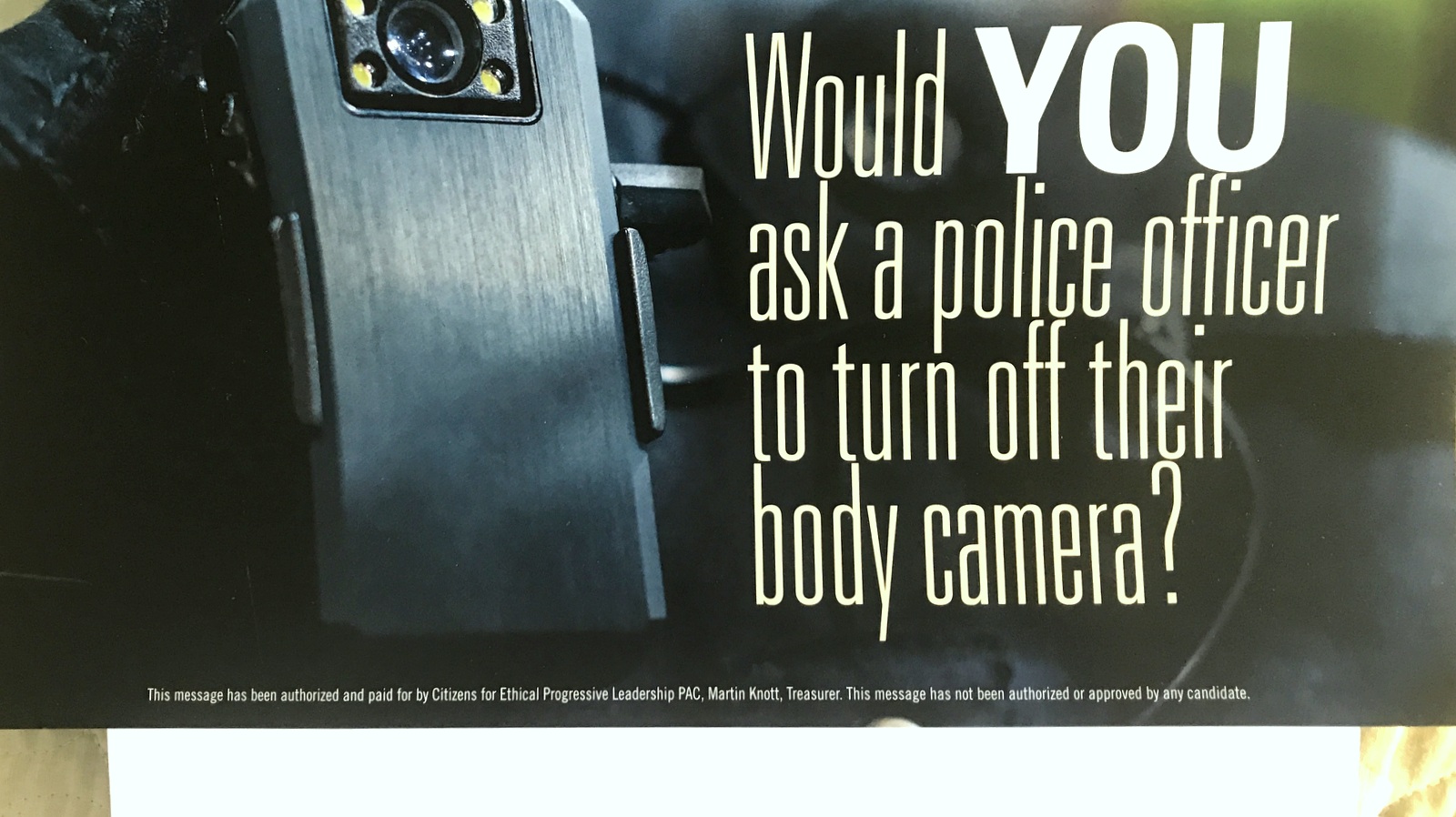 An attack mass mailer sent out before the 2018 mayoral primary by a disbanded PAC associated with Mary Miller. (Brew file photo)

Bates is running against Vignarajah and Marilyn Mosby in the July 19 Democratic Party primary. The same trio were on the 2018 ballot, which Mosby, the incumbent, handily won.

Indicted last January on federal perjury and false statement charges, Mosby is running for a third term prior to her scheduled trial in September.

Miller and her husband have each contributed the individual maximum allowable under Maryland law to the Bates campaign.

Mary Miller wrote a $6,000 check to the campaign in January, and James D. Miller followed up with a $6,000 payment in March, according to online Board of Elections records.

Dixon has been an avid supporter of Bates, campaigning on his behalf and helping him raise funds.

Layne Turcan Hockaday, a Guilford resident, is listed as treasurer of the new PAC.

Hockaday’s name popped in Baltimore politics in 2015 when Dixon tried to regain her mayoral seat and a negative ad referencing her corruption conviction surfaced.

After the ad, paid for by the Clean Slate Baltimore PAC, was widely repudiated, its treasurer Alex Sanchez (a onetime top aide to Mayor Stephanie Rawlings-Blake) was replaced by Hockaday, then an employee at Indigo Strategies, a D.C.-based political consultant.