Marilyn Mosby’s attorneys have suggested it publicly for months. Yesterday in court they confirmed it:

Mosby will argue that her private businesses were “negatively impacted by the Covid-19 pandemic” as she defends herself against federal perjury charges for claiming financial hardship in order to access retirement funds.

“Her net worth at the time of withdrawal was less than it had been before,” defense attorney Kelley C. Miller said at the motions hearing ahead of the September 19 trial of Baltimore’s state’s attorney on charges of perjury and lying on mortgage documents.

Prosecutors, meanwhile, are primed to introduce evidence at trial directly contradicting this defense, including statements from Mosby’s lawyers and representatives saying the businesses were “not operational.”

The statements are meaningful because “they weren’t made off-handedly. They weren’t made blithely or accidentally,” prosecutors said at the pre-trial hearing in U.S. District Court in Baltimore.

But Mosby’s lawyers argued that mention of these investigations should be barred as “highly prejudicial” because those statements came in the context of other “unrelated” investigations – by the Maryland Bar Counsel and by the Baltimore Inspector General.

“It’s back door evidence meant to show propensity,” argued Rizwan Quereshi. “The jury should not be confused with this concept that this person has always been under investigation.”

“The Court shares some of these concerns,” Griggsby said. “There would need to be some context – that opens the door to it.”

It was the only setback for the prosecution at this preliminary hearing in advance of the jury trial she faces on a four-count indictment charging her with perjury and false statements on mortgage documents.

And the case, Mosby’s defense team assured the media yesterday, will be resolved in the courtroom.

“No plea deal. We’re going to trial,” attorney A. Scott Bolden said outside the courthouse, in answer to a reporter’s question.

Griggsby denied other defense motions, including a motion to prevent an FBI accountant and an IRS officer from testifying and another motion that would have prohibited prosecutors from telling jurors how Mosby spent the money she withdrew from her retirement account.

In addition to the perjury allegations, Mosby is charged with lying on mortgage applications for these properties by failing to disclose a federal tax lien against her and her husband, and by saying one of the properties would be a second residence for her family when she already had planned to rent it to vacationers. 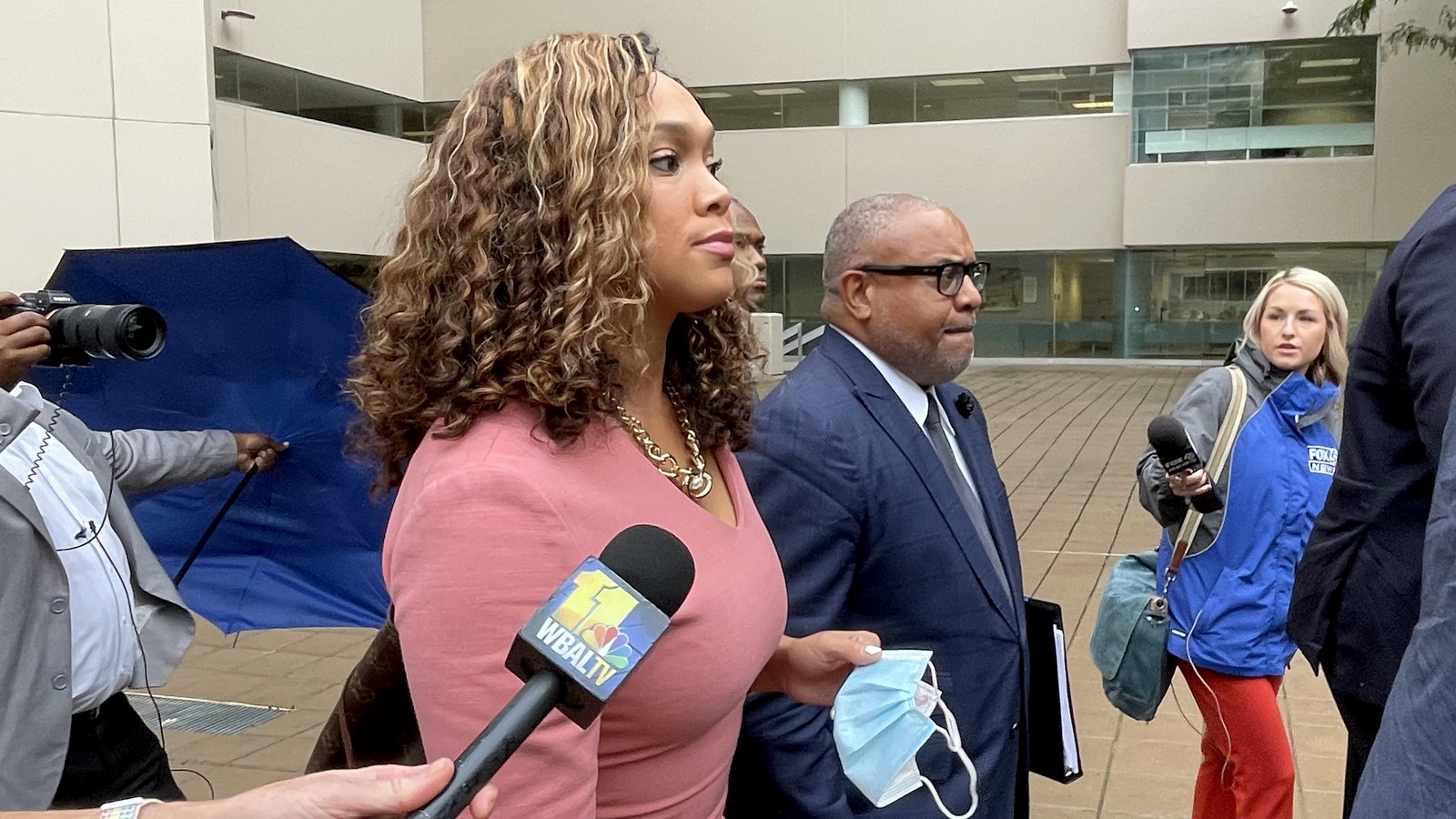 Marilyn Mosby and her attorney, A. Scott Bolden, leave U.S. District Court in Baltimore after the pre-trial hearing. (Fern Shen)

Griggsby yesterday also denied a motion that would have prohibited the defense from using the term “financial hardship” and barred the defense from making the argument that the prosecutors harbored personal and racial animus towards her.

The judge pointed out that she had previously ruled she found “no evidence” to back up that claim.

Griggsby also granted a prosecution motion setting limits on what Mosby’s experts could testify about and requiring them to disclose more details about what their testimony would be at trial.

What emerged from the proceeding, after several hours of sparring, was the importance of Mosby’s side businesses to the case the government is bringing against her.

Prosecutors hope to undermine the claims she will be making in court about suffering losses from the companies by highlighting her earlier statements that these entities were not yet operating.

• At the heart of Marilyn Mosby’s perjury charges, the web of words she wove about her travel company (1/16/22)

Mosby responded at the time through her spokeswoman that the businesses were “a long-term venture,” and that she would not start them up until she was out of public office.

“There are no clients and she has not received a single cent in revenue,” communications director Zy Richardson said in an email about the businesses’ status.

Mosby’s personal attorneys have also said on multiple occasions that the businesses have not functioned as such.

Shuster had been tasked with responding to the Baltimore Inspector General’s investigation that Mosby herself requested following The Brew’s story about her international travels and private businesses.

They were also hoping to show the jury statements made by others on Mosby’s behalf responding to the Maryland Bar Counsel’s investigation into Mosby’s tax issues. 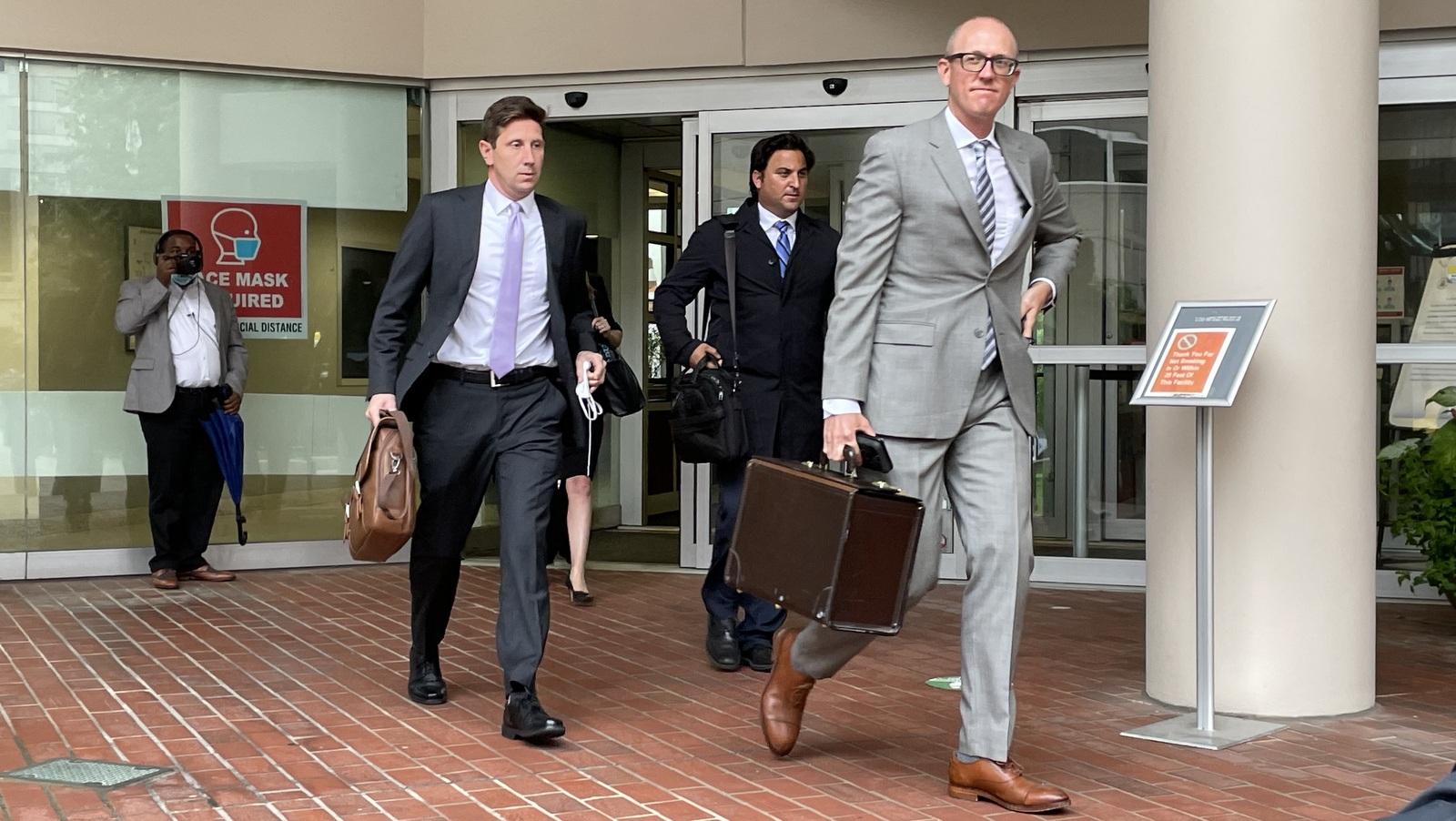 Despite Griggsby’s ruling prohibiting prosecutors from mentioning the other investigations at trial, however, they still hope to craft a “sanitized” version of the statements about Mosby’s businesses that does not mention the other probes.

Asked about that possibility, Griggsby said the two parties could work on mutually agreed-upon language.

And if they fail to reach agreement on acceptable ways to present the statements, the prosecution revealed, the government has another strategy prepared.

They have already, with Justice Department approval, issued subpoenas to Mosby’s attorneys to appear in court and testify.

“Statements they made to third parties,” assistant U.S. attorney Aaron Zelinsky asserted, “are not protected.”