There were nine reported rapes in the residence halls at Johns Hopkins University’s Homewood campus in 2021, a three-fold increase over the previous year when three were reported.

Also rising sharply at the Baltimore school’s undergraduate residence halls were reports of stalking – with five incidents in 2021 compared to one the previous year.

The data are part of Hopkins’ recently released 2021 Annual Security and Fire Safety Report, documentation required of U.S. colleges and universities under the federal Clery Act.

The uptick in reported rape and stalking at Hopkins’ undergraduate campus comes in the wake of criticism by sexual assault victims last spring, who said the university failed to support them, and a protest in 2021 by students who said the school mishandled its response to an alleged drugging incident at a fraternity.

Asked to respond, a university spokeswoman said the Covid-19 pandemic is a factor accounting for the spike in reported rapes.

“Students left campus in spring 2020 and did not return until January of 2021 due to Covid, which is a factor in the differences between those years,” senior media representative Jill Rosen told The Brew in an email.

However, in 2019 when Covid was not a factor, there were five reported rapes in the residence halls.

Comparing that year to the 2021 count of nine rapes, there was an 80% increase in dormitory rape reports. 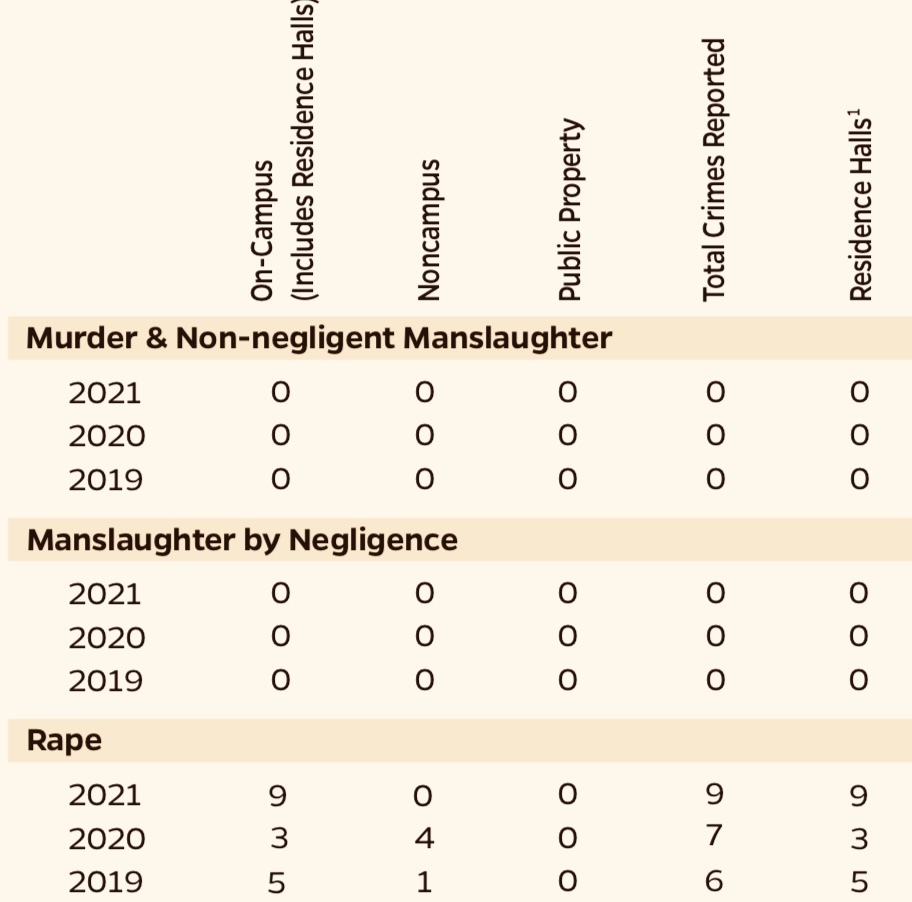 Rosen said university leaders met with student organizers and representatives after the protest last year “to address their concerns and discuss substantial work that was already ongoing.”

She cited the hiring of two additional staff to take confidential reports from students and other changes including:

“STI testing coverage under student health plans; staffing, composition and practices of the Office of Institutional Equity, the Counseling Center and other related resources; better sexual assault education; and more effective advertising of resources for victims of sexual assault.”

Rosen pointed to the school’s commitment “to providing an educational and working environment for its students, faculty, and staff that is free from sexual assault, interpersonal violence, stalking, and sexual harassment.”

“Though we have taken many steps to prevent and address sexual misconduct, including assault, any level of incidents is too high, serving as a reminder that our work remains incomplete and the Hopkins community must remain vigilant.”

The release of the latest federally-mandated statistics – on everything from fire extinguishers and sprinkler systems to motor vehicle theft and murder – comes as Hopkins is pushing ahead with plans for an armed private police force, a proposal that has prompted criticism and protests since it was first floated in 2019.

The plan was paused in 2020 in the wake of nationwide protests over police brutality, but was revived in July. Earlier this week, the university released a draft memorandum of understanding (MOU) with the Baltimore Police Department.

Pledging to run the operation responsibly, Hopkins has said that creating its own police force is necessary to protect a campus community located in an increasingly violent city.

Critics question whether the university can keep its promises, and whether crime statistics actually support the need for armed police.

A recent Washington Post analysis of crime data showed that, weighted by fall enrollment numbers, the violent crime rate on Hopkins’ Homewood campus did not increase from 2016 to 2019.

But the analysis did find that Homewood’s violent crime rate was higher than at other large private urban campuses.

The new statistics will likely be in the spotlight, as the debate over the police plan heats up. 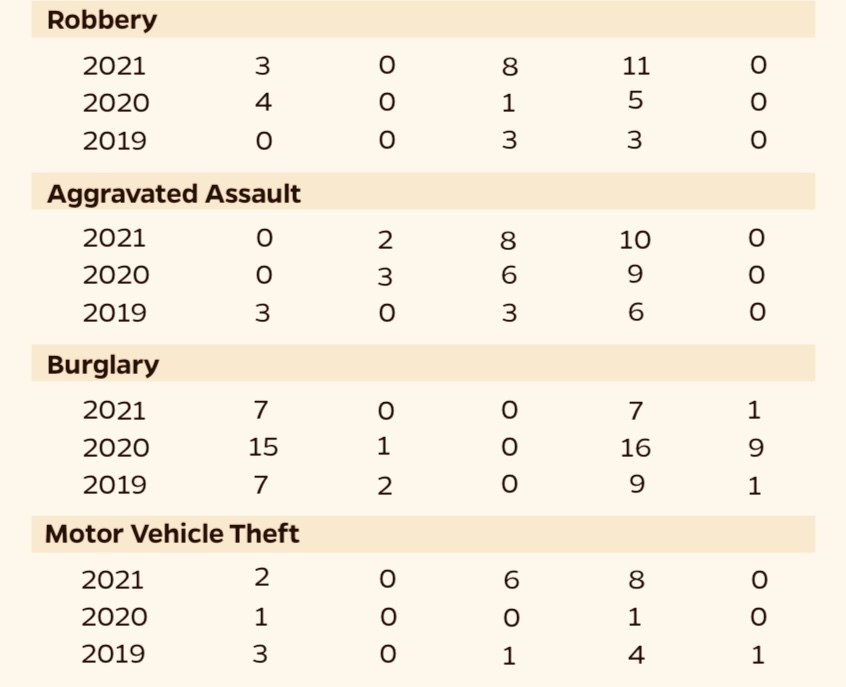 Last year’s campus protest, which drew 100-150 participants, according to The News-Letter, was sparked by the university’s response after a report of an intentional drugging incident at a party at the Sigma Phi Epsilon fraternity house.

The school’s initial email to the student body about the incident, primarily tips for preventing oneself from getting drugged, was viewed by many as victim blaming.

“I don’t think they are wrong in saying these are steps to protect yourself at a party, but that’s the only thing they’re saying,” a student was quoted saying at the time. They are “not acknowledging at all the fact that it is [the university’s] students doing what’s wrong.”

University officials, including Vice President for Public Safety Branville Bard, later apologized for implying “that responsibility for prevention of an incident like this lies with the victim.”

“The type of conduct that was alleged – intentional drugging without consent – is illegal and abhorrent,” the email said. “A person subjected to such a crime is never at fault.”

An editorial in The News-Letter, however, called the incident and the administration’s handling of it “clear proof of the persistence of rape culture at Hopkins, especially within fraternities.”

Citing past incidents at campus frats, the editorial board went on to say “we’re past the point of reform – we call on the university to abolish Greek life.”