“The Future of Druid Hill Park” was billed as a chance to mingle with neighbors, developers and city officials and learn about the upcoming multi-million-dollar, largely taxpayer-funded overhaul of Baltimore’s oldest park.

So why were organizers asking those registering in advance – for a community meeting about a public amenity – to each pay a $20 fee?

Leading up to the event, the admission fee sparked online criticism (“Is this information only intended for those with disposable income?”) and was eventually dropped by its sponsor, Druid Hill Park Partnership, Inc.

Speakers painted a shiny future for the 745-acre park, which is just emerging from five years of unsightly construction for a reservoir water tank project.

A makeover, they said, would unite and uplift underserved nearby neighborhoods and begin to reverse years of disinvestment, blight and pedestrian-unfriendly road design.

“We know big beautiful Black AFRAM is in Druid Hill Park, that PRIDE is here, we have the zoo here. We know how special this is,”  proclaimed Mayor Brandon Scott.

“We can make this park better for the next generation as long as we continue to work together,” he urged. 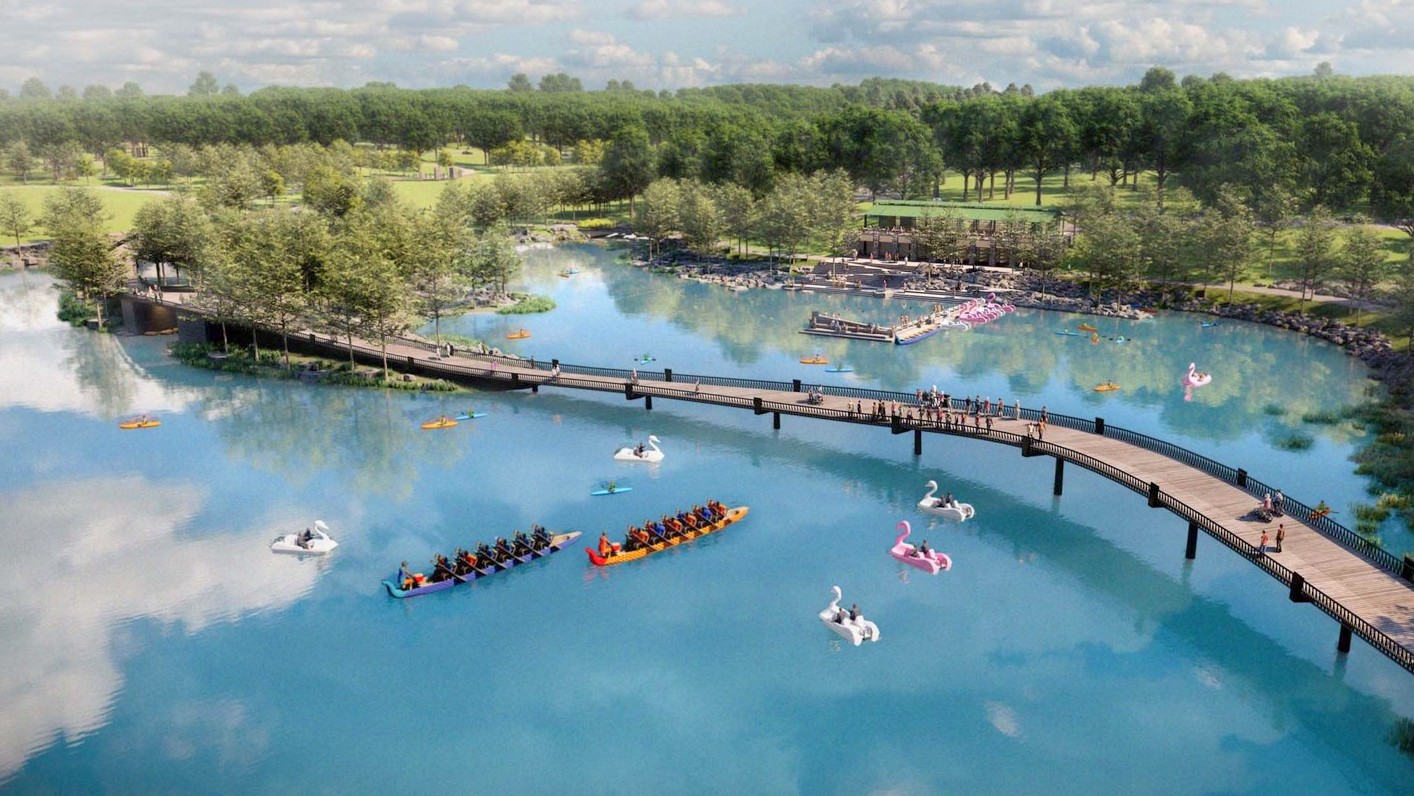 Attendees who came hoping to hear hard facts – about who is to pay for this “Druid Lake Vision Plan,” or an open forum about the particulars of the elaborate project or engineering details about how the new lake, no longer managed by DPW as a reservoir, will be maintained – did not find them at this gathering.

“Everyone thought it was a meeting and it wasn’t,” said political consultant and former Republican mayoral candidate Catalina Byrd, who emceed the event.

Byrd encouraged the crowd to eat and converse, describing the partnership as “a cohesive place where everyone can come” at a time of “a historic amount of investment” in the area.

Around the room were displays of nearby neighborhood development projects that hope to get a boost from a park makeover. One of them was P. David Bramble’s Madison Park North, whose first phase is to be 120 market-rate townhouses.

Bramble’s MCB Real Estate was one of the high-profile companies sponsoring the catered event.

Among those who came to check out the scene was former Baltimore Mayor Sheila Dixon, now marketing director of the Maryland Minority Contractors Association.

“I’m here representing my company, to find out about possible opportunities,” said Dixon, an exercise buff who likes to run in the park. 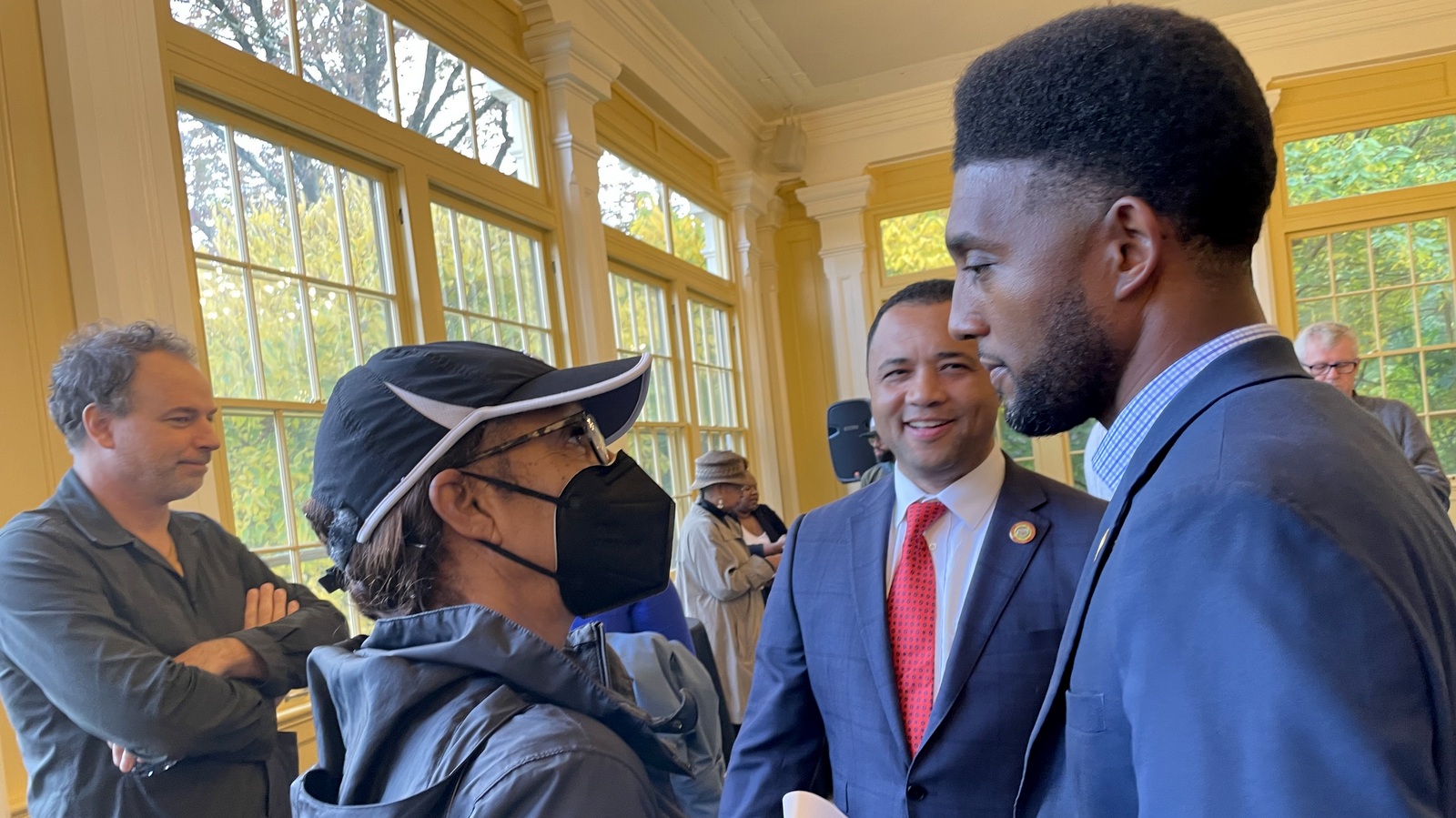 Following remarks by Scott, there were also some by City Council President Nick Mosby who likewise had a message about the park as a unifying force.

“We know that – bigger than race, bigger than socioeconomics, bigger than class or status – that this must be the anchor for all of this area of Baltimore,” Mosby said, going on to emphasize that “the left hand must talk to the right hand.”

State Senator Antonio Hayes attended the meeting as well, drawing applause for the news that he has secured $17 million in state funds for the Druid Lake makeover project.

None of the brief remarks mentioned costs or timetable, but the Department of Recreation and Parks has estimated that Unknown Studio’s plan (for the swim-able lake, fishing pier, amphitheater, etc.) would cost some $50 million to complete.

“We’ll be doing some fundraising because we don’t believe that everything that’s happening should come out of the mayor’s budget,” Byrd said.

Cypress is president of the Omega Baltimore Foundation, which is the city’s designated manager for the Easterwood Recreation Center in West Baltimore. 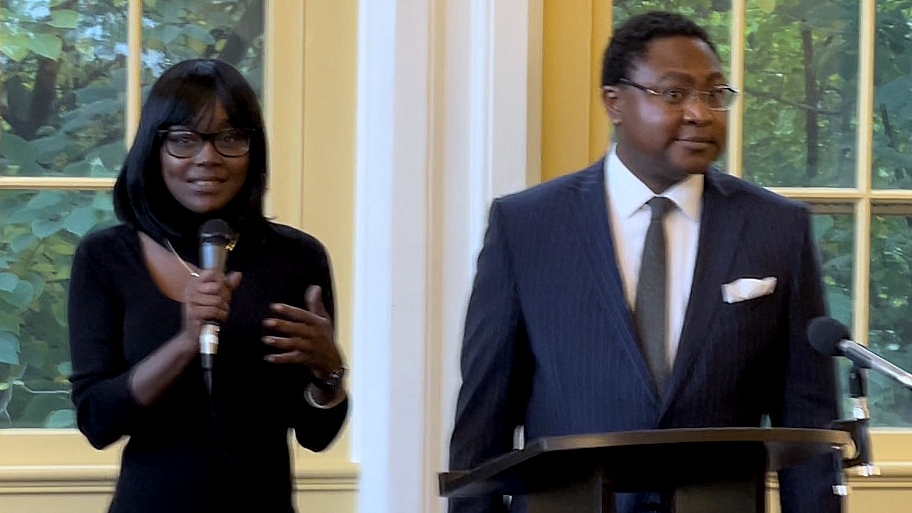 Presiding over the gathering was the partnership’s founder and board chairman, Kelly Dale Terrill, a real estate broker with Monument Sotheby’s International, who lives on Auchentoroly Terrace.

Terrill took pains to explain that the partnership, which he formed in May 2019, according to records on file with the state, is a 501(c)(3) non-profit.

Just what was the purpose of creating the entity? And what powers will it have?

Those questions arose for Hugh Ivory, who approached Terrill at the networking event wondering if the Druid Hill Park Partnership could help a group he’s involved in, Charles Village Recreation League Soccer, get smoother access to the park?

“We’ve got kids from 65 communities in Baltimore coming here in the fall and the spring to play soccer,” Ivory began.

“I don’t think we have that answer yet on how much burden does Recreation and Parks have right now and is there something that we can do, not only as an organization, but as people in the city,” he said.

Ivory had more to ask.

“I understand New York City got a lot of corporate investment to help upgrade their parks and an idea like that was once floated in Baltimore,” he said. “Is this kind of a revitalization of that?”

“Yes and no,” Terrilll replied.

“In New York, there are very sophisticated public-private partnerships set up that . . . have legal arrangements with city entities. We are not at that point,” Terrill explained.

Although public funds are being allocated, “we need everyone that can to contribute,” Terrill continued, noting that his group would be fundraising with private companies and area foundations.

“We probably can act as that fiscal conduit that’s non-partisan, non-government,” he said. “That doesn’t really have anything to gain or lose other than to help the park.”

Would the partnership, he was asked, act as a fiscal sponsor, receiving funding for park projects?

“We will not – certainly right now, we have no intentions of acting as a fiscal sponsor,” replied Terrill, who said his position leading the partnership is not salaried. 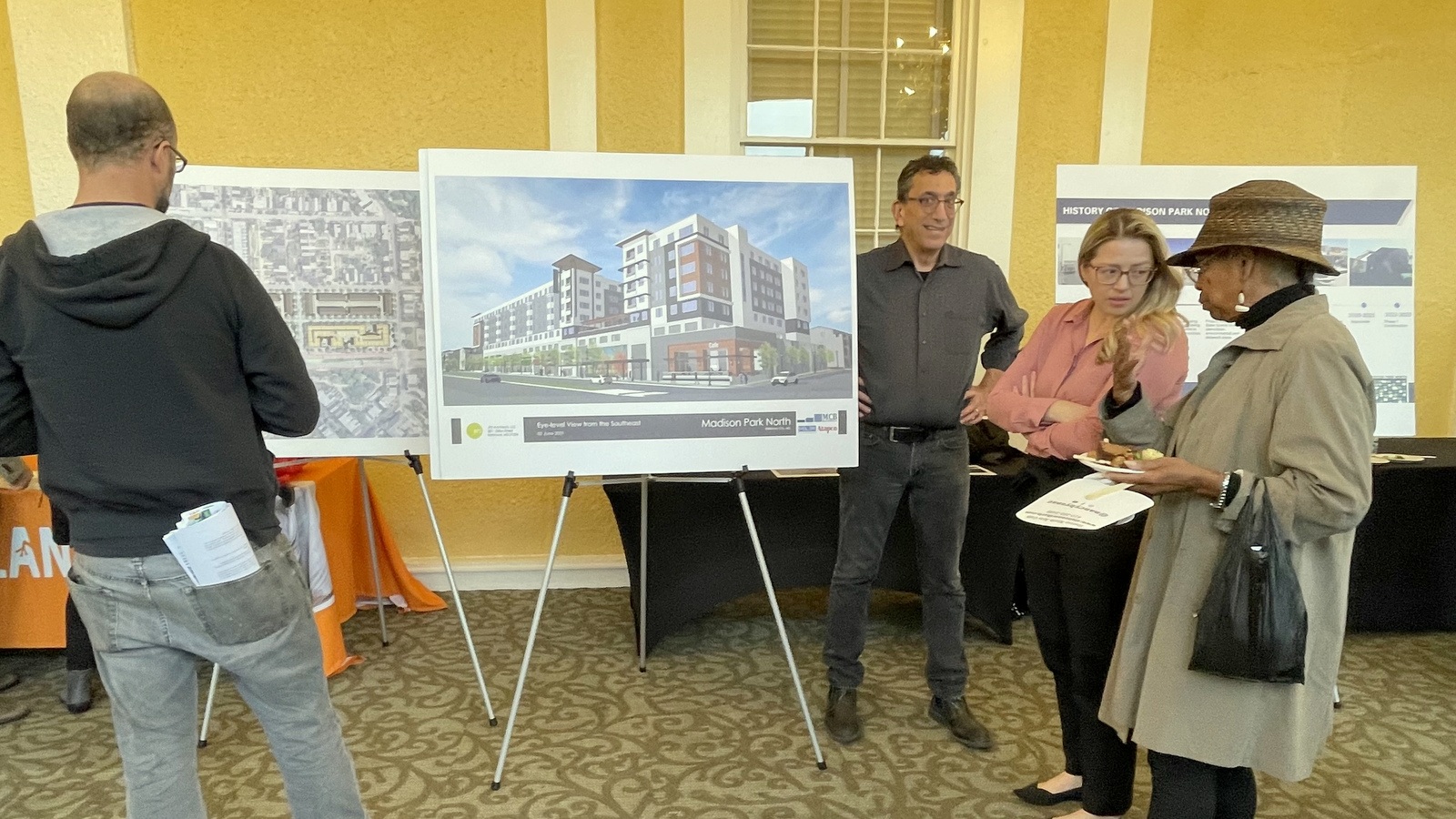 From Laurel to Baltimore

Asked how he came to take on the project, Terrill said it all started with a visit to a “Brew at the Zoo” event he attended and how he was entranced by the surrounding neighborhood.

He moved from Laurel to the city 13 years ago, living initially in Reservoir Hill.

“Over the years I got involved in the park in various capacities and it became obvious we need some type of non-profit to galvanize support for this,” he said.

Pointing out that the neighborhoods bordering the park “are vastly, racially and economically, different in many ways,” he asserted that the partnership’s plans “can bring people back together that have been physically and mentally isolated.” 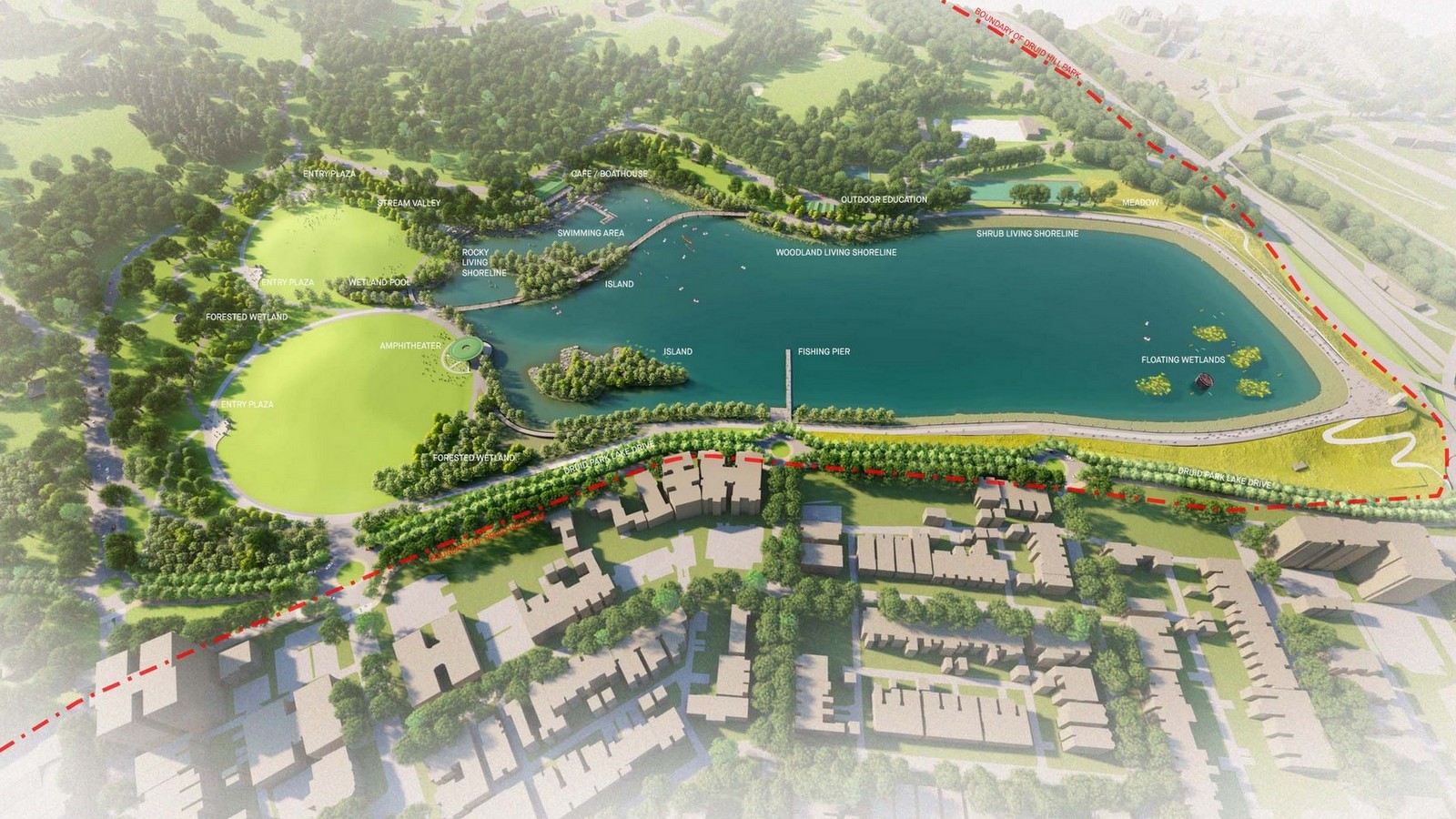