Before we leave this Kickstarter campaign and get back to work, we thought we’d give you some of the numbers behind the $24,624 that was generously pledged to Baltimore Brew.

New York-based Kickstarter (here’s an Economist Q & A with founder Perry Chen) is one of the best known “crowd-sourcing” websites around.

It’s actually pretty well known here in Baltimore. One of the site’s success stories is our own Matthew Porterfield. Check out this campaign by him to raise money for his film “Putty Hill.”

For a good overall look at the subject, here’s Urbanite’s November piece on crowd-funding, which discussed not just Kickstarter but Baltimore’s own online giving platform, GiveCorps.

Anyway, since Kickstarter gives you beaucoup metrics about how your campaign progressed, we thought we would pass some of them along to readers.

The “Funding Progress” chart (above) shows we made steady progress toward our $15,000 goal and passed it on Jan. 15. The big spike at the end was $5,000 from a donor who agreed to match what we made past the goal. If you subtract his match, we made $19,624 from everybody else. (If you add in the additional donations we got offline, we raised well over $20,000, not counting the match. Wow. Thank you!)

Here’s a chart that shows how much of the pledge came from people who found us via the Kickstarter page: $978 or 4 percent. And our average pledge was $83.19. 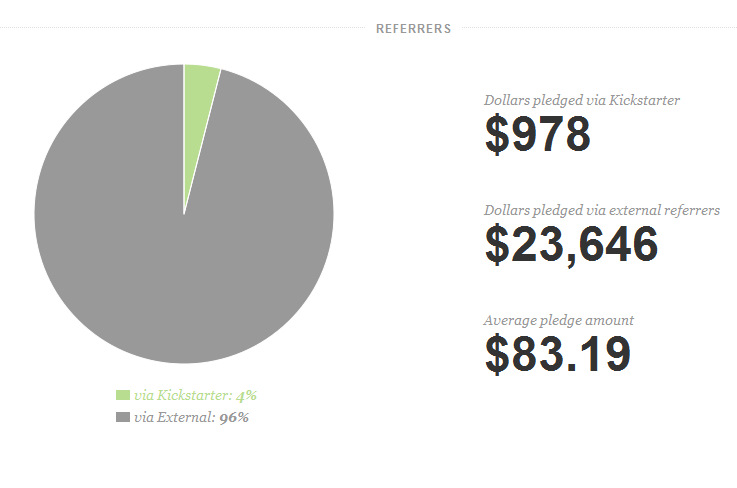 Here are the top four referrers. It seems the overwhelming majority of backers were readers who found us through our site.

The top four ways backers found us. (From Kickstarter)

Finally, here’s a chart about reward popularity. Most people chose “no reward.” Either they’re good with mugs or they want to save us the expense. Anyway, thanks guys. 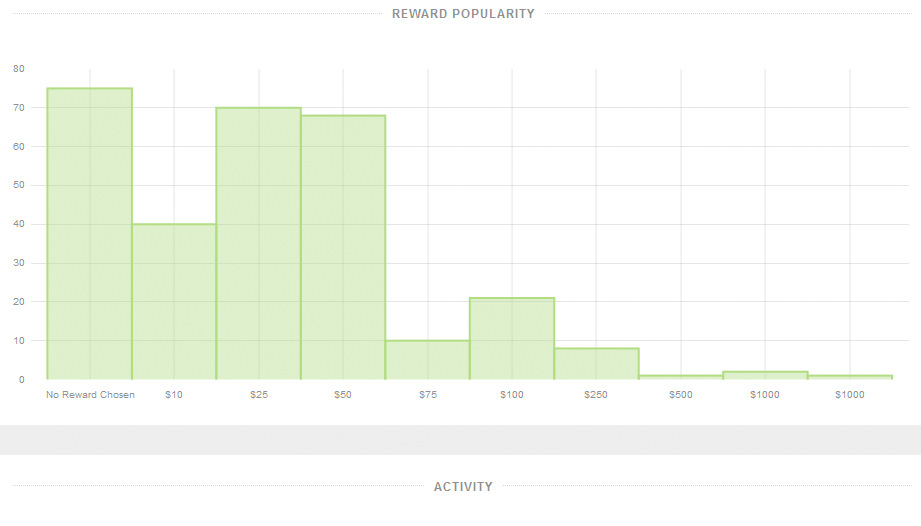 One part of the campaign for us is definitely not over. We’ll be working to fulfill our reward promises to you in the coming weeks and months. Watch The Brew’s “Below the Fold” blog for news about that.