Alexandra James and her brother were having the biggest bike ride of their lives Saturday and they were giddy about it.

“Our mother never lets us ride on the road, we’re only allowed to ride on the sidewalk in our block,” said James, 12, of Medfield, as she stood on University Parkway and watched other cyclists whiz by in two directions.

“We almost went all the way to the Zoo!” said Chris James, 14. “We actually went somewhere.”

They were participating, for the first time, in Ciclovia, an afternoon event in which streets were closed off to vehicular traffic from noon to 4 p.m. and cyclists, skateboarders and pedestrians were encouraged to enjoy them.

In its fifth year, the event had expanded from just a Roland Park affair (closing off the area from Northern Parkway to Cold Spring Lane) to this year’s roughly three-mile “park-to-park” course. The Ciclovia V route reached all the way to Druid Hill Park and included parts of Wyman Park, Hampden and Remington along the way. 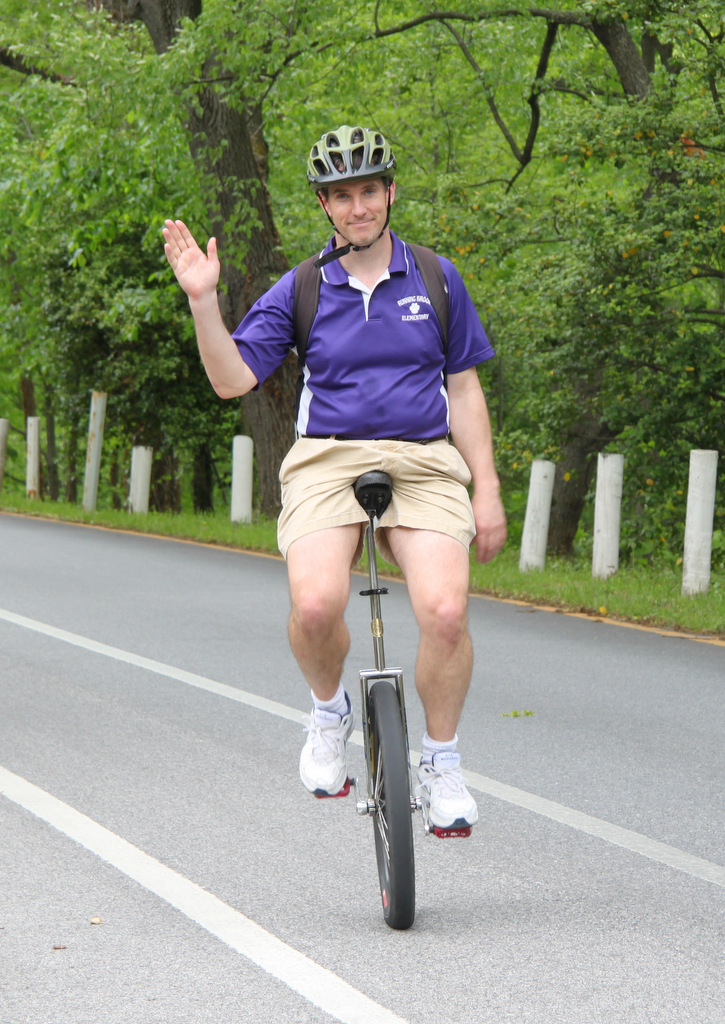 There were also some one-wheelers at Ciclovia. (Photo by Fern Shen)

Sponsored by the Roland Park Civic League and the Keswick Multi-Care, along with Bmore Streets for People, Ciclovia V cost $7,500, mostly to pay for the 23 police officers needed to shepherd the cyclists through intersections, according to The Baltimore Messenger.

Sue James said she liked the “party” atmosphere and had only one criticism of the event.

“We’re actually getting some use out of these bikes,” James said, as she and her children pushed off for the rest of the return trip. “Too bad it’s only once a year.” 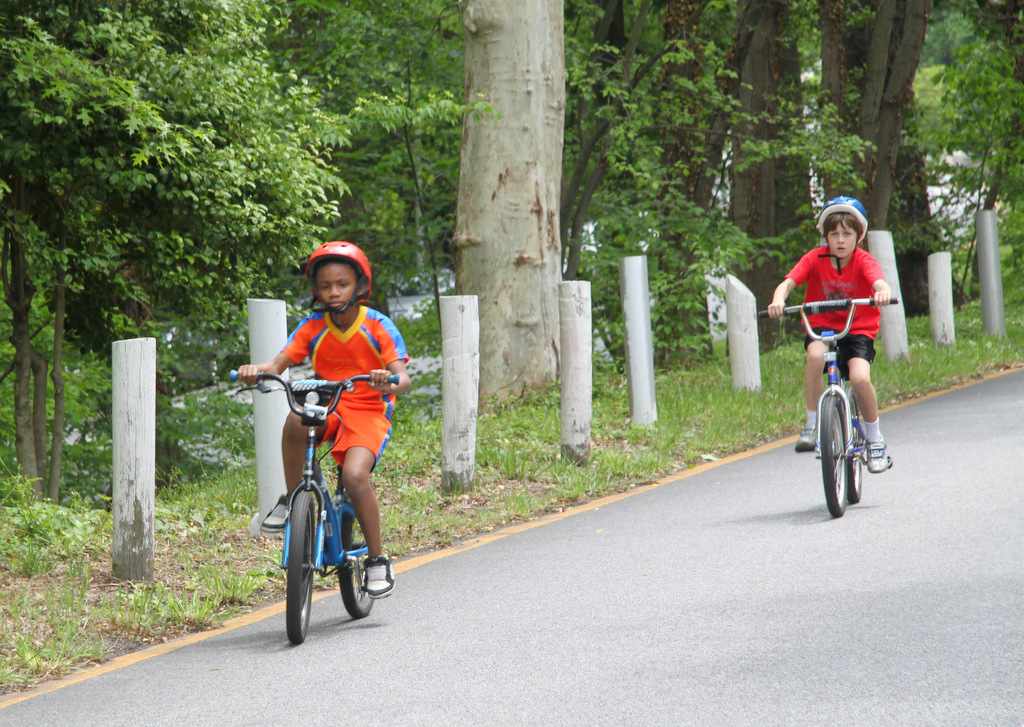