A national convention of firefighters being held in Baltimore this weekend was the setting for a morning protest by local firefighters angry about the recent disbandment of three fire companies in what Baltimore city officials said was a cost-cutting move.

Some 50-60 firefighters – many in yellow tee-shirts carrying signs that said “Our Chief Has Turned His Back” – mobbed Baltimore city Fire Chief James Clack today as he came out of the The Firehouse Expo this morning at the Baltimore Convention Center.

Firefighters have been angry with Clack for supporting Mayor Stephanie Rawlings-Blake’s decision to permanently close Truck 15, Squad 11 and Truck 10 this year.

Drawing thousands of fire, rescue and EMS professionals from across the country, the meeting included exhibits of products and services, professional development courses, discussions of current fire and rescue issues and sessions with such titles as “The Challenges of Extrication Involving Vehicles with Advanced Steel” and “Creating and Inspiring Exceptional Fire Department Leaders.” 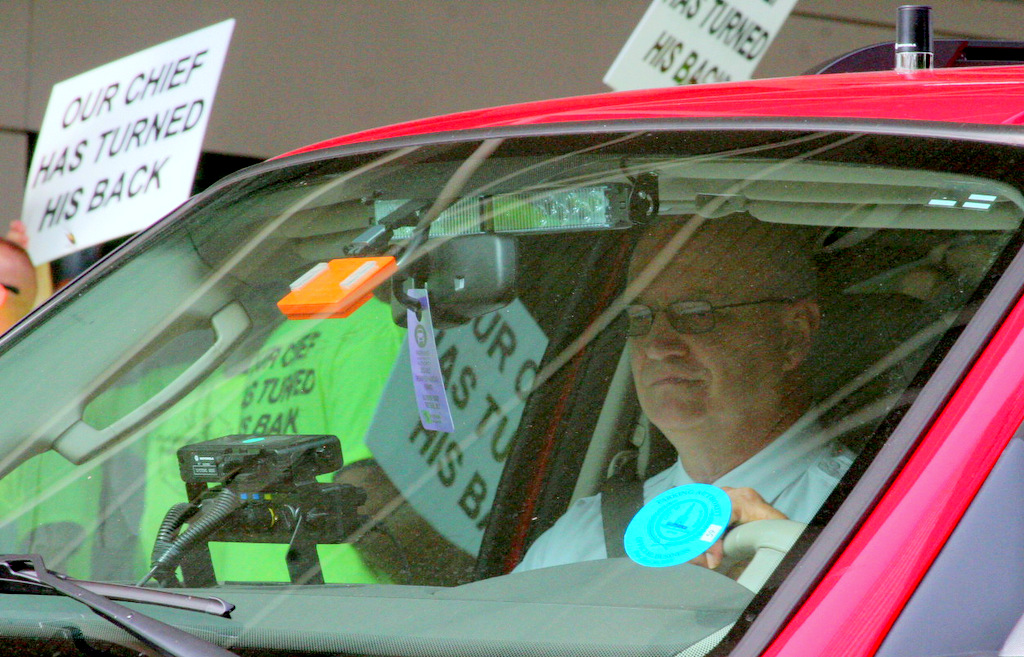 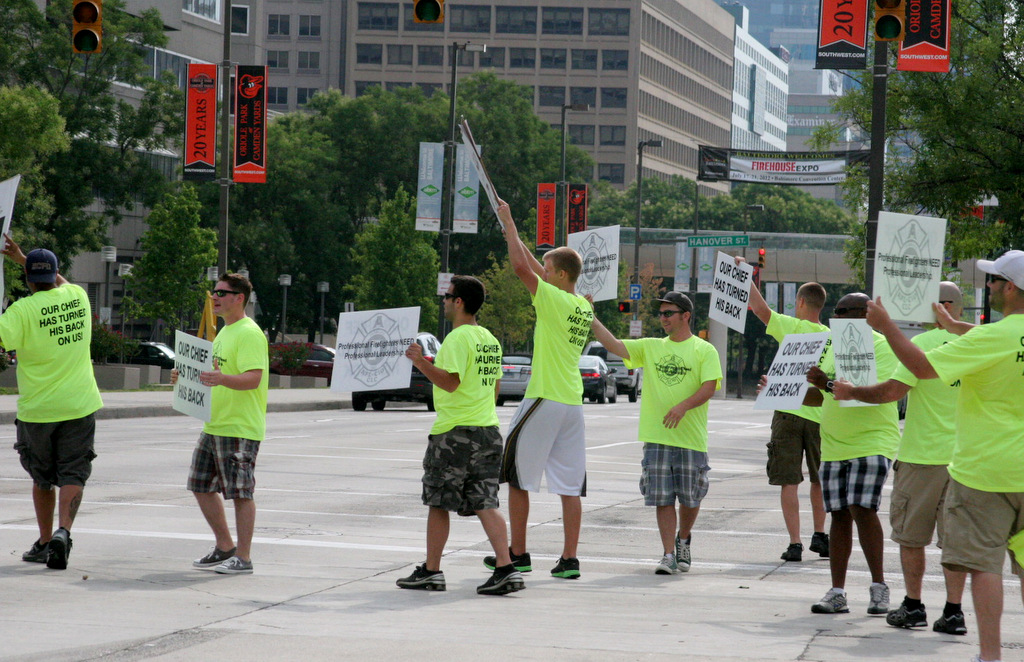