In a meeting that erupted into shouts, accusations and table-pounding anger, residents of the Hamilton neighborhood where Royal Farms wants to put a gas station and convenience store voted resoundingly against the plan last night.

The show of hands – 56 against and none for – was only one hostile message delivered at the Glenham-Belhar Community Association meeting.

It was pretty clear many were furious at the association’s officers and at City Councilman Robert Curran for his insistence that he need only consider the wishes of Glenham-Belhar members – and not residents from neighboring parts of Northeast Baltimore. 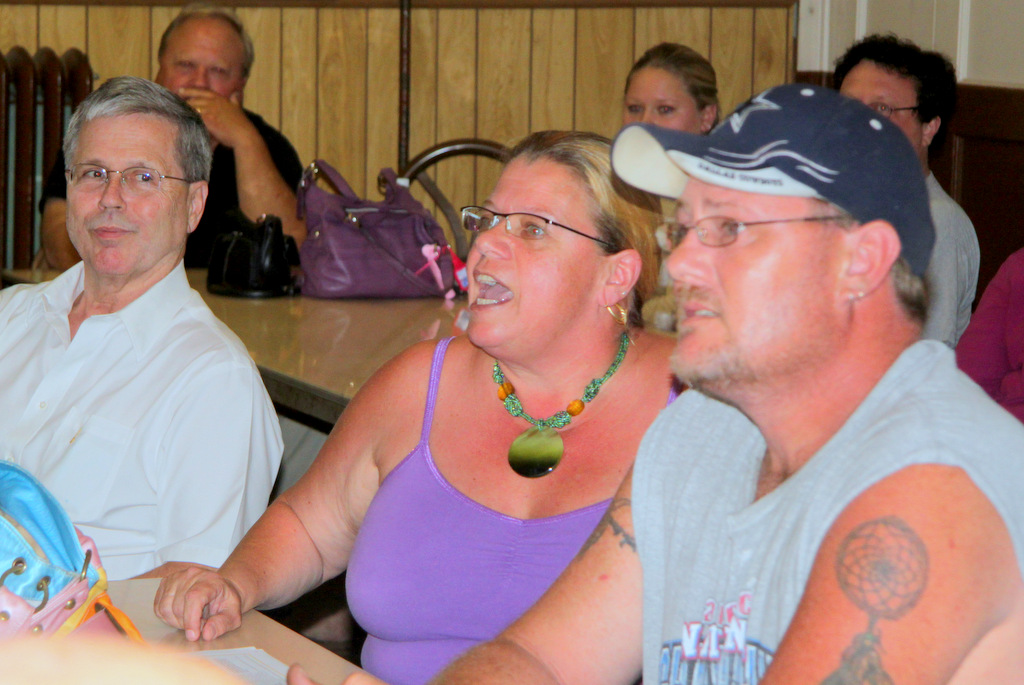 The agenda the officers distributed specified a total of five minutes to discuss a topic that had packed the room with about 90 people, 21 of whom had just paid their $12 association dues for the right to vote against it.

“For Royal Farms, this is one of several investments. For homeowners, this is their one investment. It’s all they have!” Williams said to loud applause.

Several people complained that the community association had done a poor job of informing them about the proposal for a 24-hour, 5,000-plus-square-foot convenience store with 14 fueling pumps and 74 parking spaces at the corner of Harford Road and Glenmore Avenue. 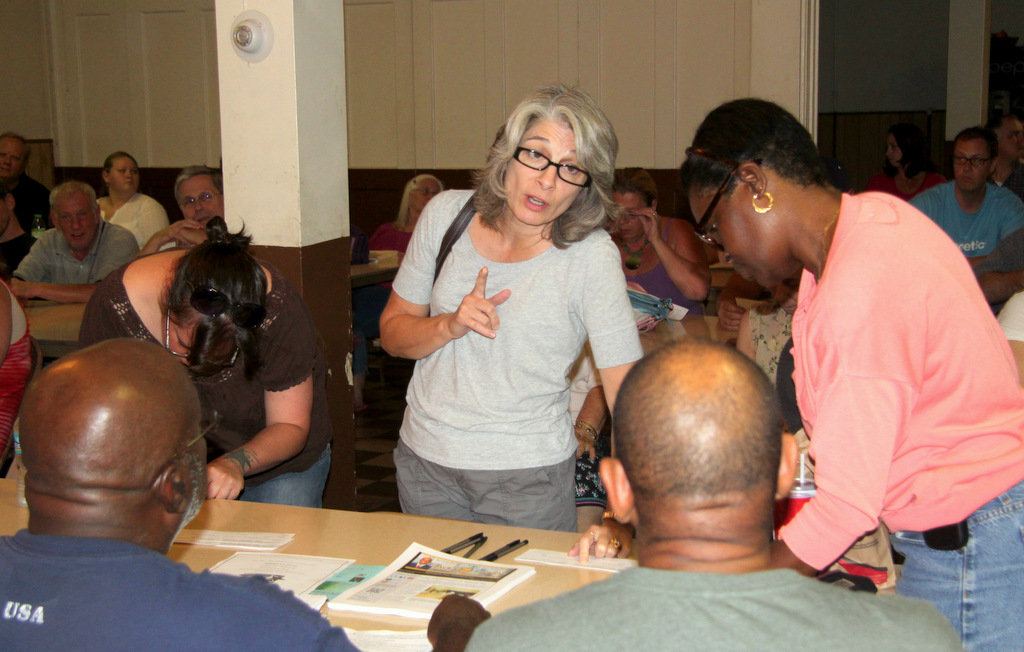 About 90 people, many more than usual, came to the Glenham-Belhar Community Association meeting last night. (Photo by Fern Shen)

Don Dziwulski, who lives on Mary Avenue right behind the Royal Farms site, said he heard about it through fliers distributed by neighbors long after a June vote had already been taken.

He asked bluntly when an opportunity would come to vote for new association leadership.

“If you feel like you want to run and do a better job, then vote me out!” replied Williams, who, like Oaks, has been an officer of the group for nine years. The election of new officers, he said, takes place in December.

Residents had plenty of heat left over for Curran, who has supported the proposal. The District 3 councilman reiterated that his rule of thumb is to support the wishes of the community association whose “catchment area” includes the disputed project.

But many said they’d been surprised by the news that Glenham-Belhar had voted 13-11 in June to approve the project and were unaware that the project – and even the Association – existed.

Curran said it wasn’t his fault if the association hadn’t kept members in the loop.

“If residents feel like their association is not informing them properly, it’s not my problem! Take it up with them,” Curran said, prompting an uproar. 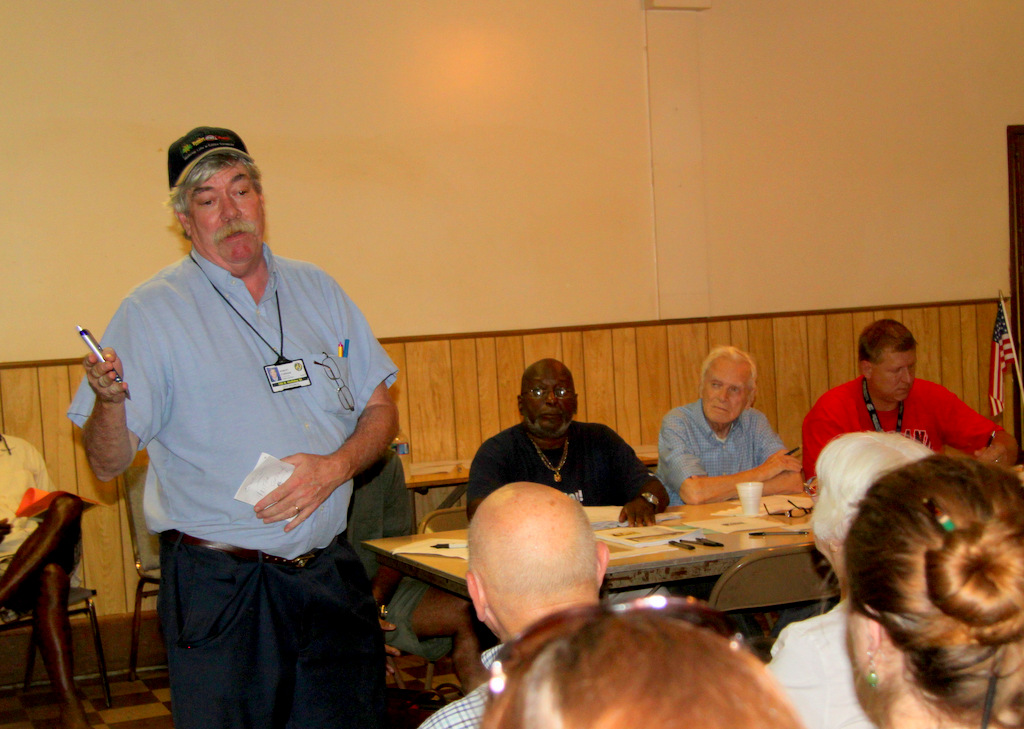 “Are you running for reelection? Then it is your problem!” someone said.

“We sure get your newsletter when you’re running for office,” another said.

“You are our representative, we deserve a little representation!” said a livid Monica Risso-Dent, who has lived on Glenmore Avenue for 20 years and said she is selling her house.

Curran said he would represent the community’s wishes based on the evening’s re-vote.

He also noted, explaining the next step of the process, that the Board of Municipal Zoning Appeals could grant the project a conditional use with limitations, such as on the hours of operation.

With so many people unfamiliar with the Glenham-Belhar Community Association, Oaks and Williams found themselves handing out new member information packets and explaining basic details, such as the existence of a Facebook page, absence of a website and the monthly meeting schedule. (They’re held the first Wednesday of every month at Koinonia Baptist Church on Belair Road.)

“I’m fairly new and had a really hard time getting information about what association is involved, what neighborhood this is,” said Kate Gehr.

(Since the controversy erupted in June, Bunner said, the group added 28 members including those who signed up at the meeting. Their financial balance stands at $1,210.14, he reported.) 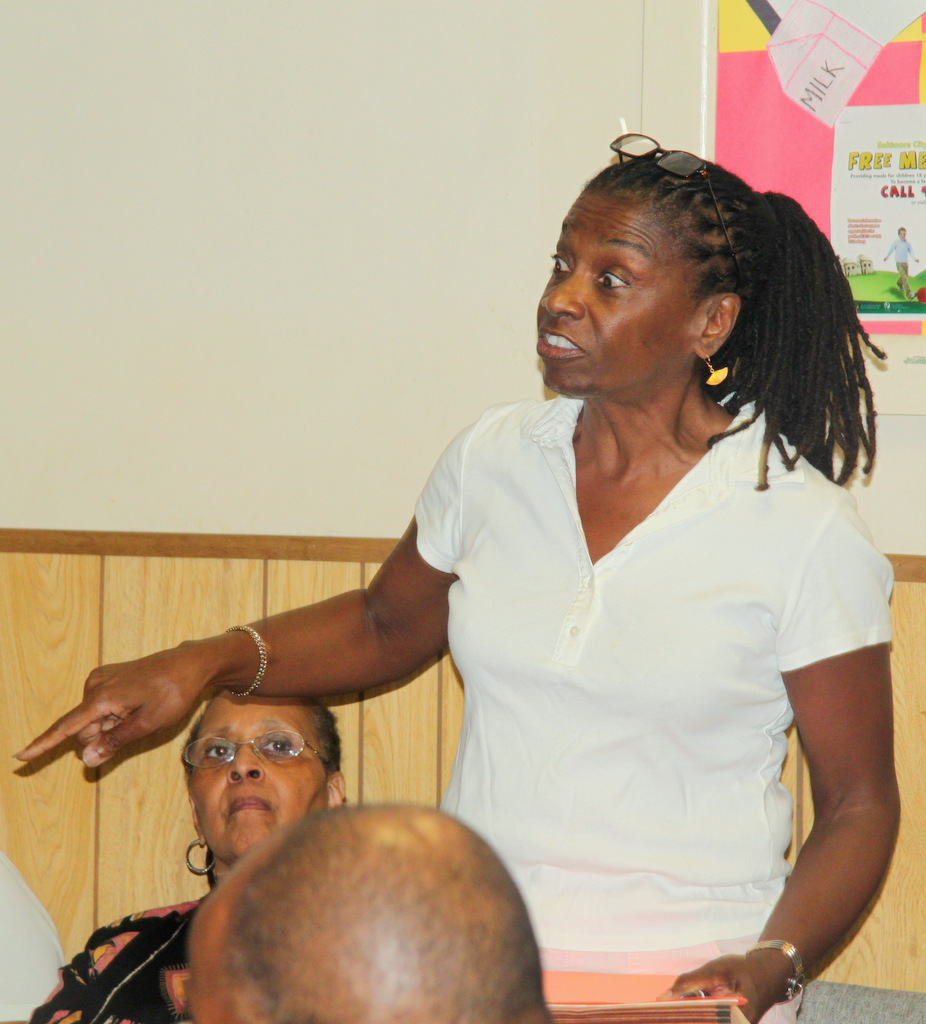 Others complained privately about the Balkanization of traditional neighborhoods such as Hamilton into community associations like Glenham-Belhar, whose odd name apparently reflects the organization’s creation years ago amid some personality clashes.

Its boundaries – Belair Road, Hamilton Avenue, Glenmore Avenue and Harford Road – are such that several other community associations border the Royal Farms project.

“I could argue that it affects our neighborhood equally,” said John Rhodes, president of the Hamilton Hills Neighborhood Association, which would face the Royal Farms across its eastern boundary, Harford Road.

Brenda Pridgen, who has lived in Northeast Baltimore since 1989, said neighborhoods “have always worked together in harmony with each other.”

“I find it befuddling that on this particular issue we decide to slice off” one neighborhood, said Pridgen, who lives in the area covered by the Moravia-Waltherson Improvement Association. 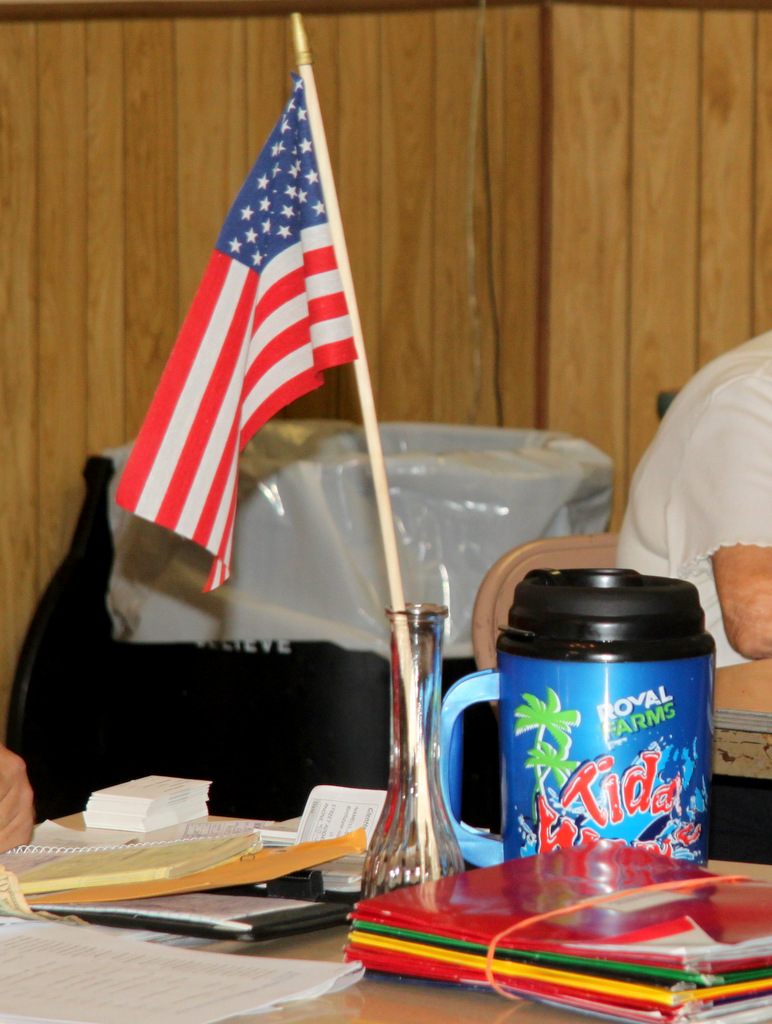 Several people promised to help Glenham-Belhar by distributing newsletters and volunteering for the community yard sale.

Others described how area residents, prodded by the Royal Farms issue, are trying to unite a splintered community through an umbrella group called the Harford Road Community Collective.

Toward the end of the meeting, several people urged Curran to meet with residents and talk about what they would like to see on the parcel.

Among the ideas the audience tossed out: some family-oriented recreational or library facility or  “offices for lawyers or architects.”