The Board of Estimates is prepared to sell the 3.6-acre Superblock site for the bargain-basement price of $2.85 million.

That’s a fraction of the property’s $21.6 million appraised value when the city first entered into an agreement with the developer, Lexington Square Partners, in 2007.

The Brew earlier reported on a city-directed reappraisal that lowered the price of the land, which partly resulted in the dramatic discount revealed yesterday in the Board of Estimates agenda.

The markdown on the sales price comes at the same time that the Rawlings-Blake administration plans to approve a $22.1 million PILOT tax break for Lexington Square Partners at tomorrow’s Board of Estimates meeting.

The tax break agreement – which will go into effect after a $5 million initial investment by the developer on the planned $150 million mixed-used project – was ratified by the City Council earlier this month.

The low purchase price for the Superblock land is due to two factors. The value of the site has collapsed since 2007 because the city has evicted all of the tenants and the buildings lie vacant.

What’s more, it was disclosed yesterday, the city is applying two credits towards the purchase price.

A $6.9 million credit is for demolition and environmental remediation costs assumed by the developer. 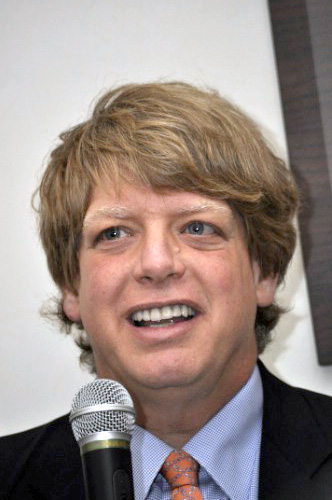 In its 2007 agreement with Lexington Square Partners, the city said it might let the developer deduct up to $10 million for such expenses.

Last February, however, the city paid Potts & Callahan $1.2 million to level the former Greyhound bus terminal on Fayette Street. The city also recently completed a long-delayed effort to stabilize the roof of the ex-Read’s Drug Store building for $349,000.

Because of this and other city work, the $10 million credit was reduced to $6.9 million, according to the Board of Estimates’ agenda.

Getting a Lawsuit to Go Away

An additional $2.45 million credit will go towards a $2.7 million payment that Lexington Square is required to pay Carmel Realty Associates.

Carmel won the suit, which included a proviso that a lower court judge could order the city to seek new bids for Superblock.

To preclude that possibility, Lexington Square Partners, at the city’s direction, agreed to pay Carmel $2.7 million to drop the suit.

The agreement before the Board of Estimates tomorrow will give Lexington Square Partners a fifth extension to secure private financing for the project.

The city said it will not sell the property until Lexington Square Partners “provides the city with satisfactory evidence of the existence of financing for the project,” according to the spending board.

In 2011, Lexington Square Partners – a consortium of four wealthy New York families and a real estate management firm in Atlanta – had assured the Rawlings-Blake administration that the project would receive private financing in the near future.

But at a BDC board meeting last February, it was disclosed that the developer would not be able to secure construction financing without a PILOT tax break from the city.

“The private-sector economics won’t work,” said then-BDC president M.J. “Jay” Brodie, justifying the tax break by saying the proposed project will bring many new jobs and residents to the Westside.

In addition to the PILOT tax credit, Lexington Square Partners are seeking an “EZ” (Enterprise Zone) tax credit from the state, which will further reduce the group’s property tax bill for the first 10 years after completion.

Tomorrow’s agreement before the Board of Estimates additionally includes a profit-sharing agreement between the city and developer.

But profit-sharing only will go into effect if the developer decides to sell the planned retail-apartment project down the road.