For the activists who have opposed state plans to build a $70 million, 120-bed youth jail in Baltimore – organizing, protesting, lobbying and even getting arrested – the official news this week that the jail plan was being dropped brought mixed reviews.

Calling it one victory in a larger struggle, many were pointing to the fact that the state still plans to spend $70 million to house juveniles, but now in a new way.

They plan to allocate $30 million to renovate an existing structure in the East Baltimore “prison district” into a facility for youths charged as adults with serious violent crimes.

And they’re speaking of spending $40 million more to build a new treatment facility – somewhere in the city – for other youthful offenders.

“There does not need to be any new jail,” said Adam Jackson, CEO of Leaders of a Beautiful Struggle (LBS), on Marc Steiner’s WYPR radio show Thursday.

Faith leaders, LBS, Advocates for Children and Youth, and the Safe and Sound Campaign – some of the major opponents of the jail plan – were among the guests on the show. Steiner, who counted himself among the jail opponents, was vehement.

“We keep taking these baby steps,” Steiner said, noting that “70% of the kids incarcerated in the [juvenile] system did not commit a violent crime.”

Steiner, Jackson and others on the show called for funds to be provided with treatment, counseling, improved schools, expanded rec centers, better job opportunities and other approaches they said addressed the root causes of youth crime. 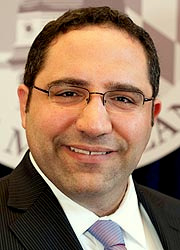 “In the two years since I’ve been here, we’ve seen our population reduced by 50%,” Abed said. “That’s not a small baby step.”

He argued that despite efforts to keep kids out of the juvenile justice system, some will commit serious violent crimes: “We cannot throw away those kids.”

State officials who have been trying to build the jail for years (originally proposing it to be a $100 million, 180-bed structure) have said it is needed because of poor conditions in the Baltimore City Detention Center, where youths charged as adults have been held.

The new plan, announced by Abed and other officials this week, would place youths charged with the most violent adult crimes in a re-purposed pre-release center building at Eager Street and Greenmount Avenue.

They estimate it would cost $30 million to renovate the building with air conditioning and other improvements.

Youths charged as adults with non-violent crimes would be held in the Baltimore City Juvenile Justice Center, where officials said they have cleared out space.

That building, which has often exceeded its capacity of 120, now houses 56 boys.

Unveiling the new plans on Wednesday, Abed and other state officials said the center is inadequate and must ultimately be replaced with a treatment facility that could provide educational opportunities, mental health and substance abuse treatment and other services.

Where would that facility be built? Possibly in one of the 26 city school buildings the city plans to decommission over the next 10 years, Abed had said, estimating the costs for the new structure to be $40 million.

Advocates on the radio show cast a flinty eye on the reshuffled construction plans. “Why do they need to do this if 45 beds right now are empty in the Juvenile Justice Center?” asked Rev. Heber Brown III, pastor of Pleasant Hope Baptist Church.

The youth advocates want more treatment but didn’t express much confidence in the facilities the department runs to provide it.

“They’re always run by people from outside, like this Silver Oak Academy – they’re run by people from Nevada,” Brown said. (He was referring to the 48-bed state-run juvenile facility in Carroll County that the state has proposed expanding to 96 beds.)

The legislators on the show acknowledged the problems, but struck a sunnier note.

“Let’s realize what a break-through this is, a validation . . . of the work by community people as well as legislators,” said Del. Mary L. Washington (District 43). “People have been working on this over decades.”

Angela Johnese, director of juvenile justice at Advocates for Children and Youth, said people should focus on advocating for state juvenile policy to shift its priorities.

Her group’s legislative package recommends fresh approaches in the areas of health, education and welfare as well as juvenile justice.