On Saturday, in the mood for the Kiss-Iron Maiden-Hammerjack’s version of the story of the Battle of Baltimore during the War of 1812, we found just what we were looking for at the Creative Alliance.

There we caught a naughty-and-nice-and-at-times-even-accurate version of the events of 1814 that produced the National Anthem and ended the young nation’s dust-up with the Brits.

If you go to tonight’s performance of “1814! The War of 1812 Rock Opera,” expect to hear some things they never told you at the Fort McHenry visitor’s center, including some really good-bad puns and double entendre.

“I’m no cupcake,” a feisty Dolley Madison sings. “They’ll get their just desserts!”

Fixing to torch the White House, British baddie General Cockburn sings. “Gather round for a fiery toast, I got a weenie that I’m dying to toast!”

Best of all is their showstopper, “Big Ass Flag,” sung by a sexy George Armistead to the saucy Mary Pickersgill, who replies:

Major Armistead, I’ll help you if I can
But I’m just a seamstress and I cannot understand
How this gigantic flag can save us from our fate
Or are you simply trying to over compensate?

David Dudley and Dave Israel, for whom the lyrics and music were a years-long labor of love, pull off an amazing feat of death-metal fact-based story-telling.

Imagine what you would have retained from the 7th grade about the routed resistance at Bladensburg, the burning of Washington, or the climactic bombardment of Fort McHenry if your teacher had delivered the lecture in skimpy costume, with screaming guitar riffs, in the persona of Cher, Gene Simmons or Frank-N-Furter?

The show premiered last year at Creative Alliance, and a production was recently mounted in D.C. at the Capital Fringe Festival.

There’s another performance tonight at 8 p.m. at Creative Alliance (3134 Eastern Avenue), but if you miss that don’t worry. With the War of 1812 bicentennial still in full swing in Baltimore, there will be more performances scheduled.

As Dudley said after last night’s show, “Hey, we’re going to milk this thing while we can.” 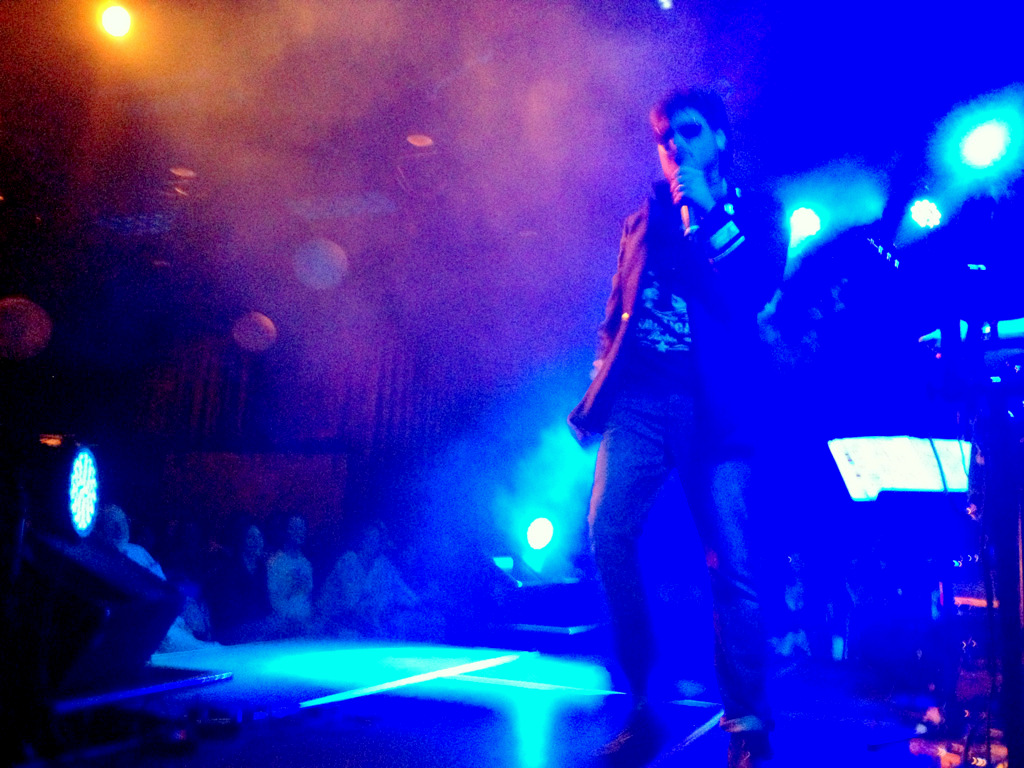