The Board of Estimates awarded a nice chunk of change  – $255,000 – to the national accounting firm KPMG last week. The stated reason: “unanticipated additional projects for completion of the Fiscal Year 2013 Financial Audit Statements.”

Not really. While the mayor likes to gaze toward future efficiencies (via initiatives like pension reform and “smart” water meters), the green-eyeshade folks back in the Finance Department are stuck with dealing with past errors, some of them quite major.

The $255,000 is the latest slug of public money that the city is spending as a result of one such error – misstatements in the city’s Comprehensive Annual Financial Report, or CAFR in finance lingo.

Downplayed by city officials in 2011, these mistakes continue to cause problems as the city calls on outside accountants to make the problems go away. The pricetag so far: $1.9 million.

One aspect of the fiasco that should frustrate taxpayers still reeling from large-scale water bill errors – those very errors have contributed to the escalating costs of the CAFRs.

(READER ALERT: CAFR is not a detailed audit of city agencies, a process that’s scheduled to start next year, but a broad-brush financial statement required by Wall Street rating agencies.)

Wall Street does not take kindly to financial misstatements, and the city has gone to great length to return to the Street’s good graces.

Altogether, the city has doled out $1.9 million for the recent financial statements – that’s above the approximately $160,000-a-year budgeted for the reports – and it is still not out of the accounting wilderness.

The 2013 CAFR is supposed to be completed by the end of this month, but won’t be done on time. After all, the accountants didn’t get the data they needed from the Finance Department until early fall – months behind schedule.

When outgoing Finance Director Edward Gallagher announced in 2011 that the city had overvalued its assets by $223 million, the problem was portrayed as a small, technical glitch that would have no bearing on the city’s day-to-day operations. 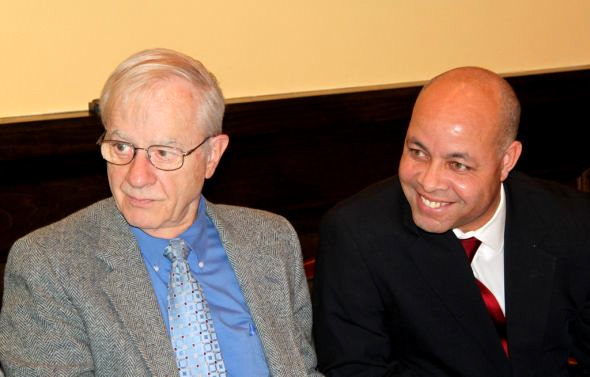 The mistakes, Gallagher said, would be corrected by year’s end.

But instead of going away, the problems morphed into fresh errors from overcharging city and county residents for water usage.

These mistakes – caused largely by estimated meter readings – were uncovered by the city’s internal audit department.

Eventually, KPMG and the city auditor had to wade through thousands of billings in order to come to the conclusion that about $9 million in “revenues” were actually “obligations” to overbilled water customers.

More on the Way?

The city is also on the hook for $7 million – funds expected to be reimbursed to the U.S. Department of Housing and Urban Development (HUD) for improper payments to providers of services for the city’s homeless.

All of this adds up as the high-priced KPMGers do what accountants do.

And who knows what surprises and snafus may lie ahead.

ADDENDUM: We asked Harry E. Black, who replaced Gallagher as finance chief in 2012, to comment on the $255,000 add-on to KPMG’s contract. So far, no response. Questioned last week after the Board of Estimates meeting, Black said he could not cite specific reasons for the cost increase other than to say it was unanticipated.