O’Malley’s appointment of Moore and the 87-year-old Ward – an outspoken jurist whose history of civic and government service goes back to the 1950s – appears designed to send a signal that the agency and three-member board are getting a real reboot, under orders from Annapolis.

Ward said he got a call from O’Malley’s appointments secretary, Jeanne D. Hitchock, informing him that he was being tapped for the job on a one-year basis .

Asked why he thinks that he and Moore were appointed by the governor and not by a city senator, as required by the long-standing and much-criticized patronage tradition, Ward was blunt.

“I think [O’Malley] wanted more of an independent appointment, someone with no loyalty to a district or a person,” Ward said, in an interview with The Brew.

Cautioning that he intends no criticism of the previous chairman, Stephan W. Fogleman (who resigned in April to accept an Orphans Court judgeship), Ward spoke at length about the changes he intends to make, predicting they would eventually shrink the dockets for the weekly hearings.

“Why? Because the policies are going to be clear, and they will find they can’t get away with some of these things and they’ll stop trying,” Ward said.

“It’s not going to be political, I can tell you that.”

Ward, who was sworn in last week, said that Moore will probably be sworn in this week.

Liquor Board watchers can expect to see the famously tart-tongued Ward in action on Thursday at 1 p.m. in Room 215 at City Hall, at the Board’s regular weekly hearing. The fact that the hearing is commencing at all on that day is a bit of a surprise.

Down to two members – Interim Chairwoman Smith and Commissioner Harvey E. Jones – the board had postponed hearings for multiple dates in May and June, including this week’s. Then, catching community leaders off-guard, June 26th was back on the schedule.

Since the docket focuses on violations and includes decisions to be announced on cases that involved hours of testimony that Smith heard, the outgoing commissioner will likely be present on Thursday. 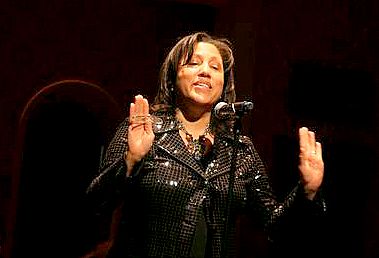 If Moore is at the hearing as well, it may be Ward’s first chance to meet her. “I look forward to working with her, though I’ve never met her,” he said.

But in City Hall and influential circles in the city, she is well-known.

“Moore has advised and represented Baltimore City mayors since 1995,” according to her Greater Baltimore Committee bio. Moore did not return a call to her office yesterday for comment.

At Venable LLP, where she was hired in 2008, Moore was a senior attorney and of counsel. Before that, she was at Whiteford, Taylor & Preston.

She is a member of the Judicial Nominating Commission, a gubernatorial appointment, and  also sat on the Baltimore City Ethics Board from 2004 to 2010, serving as its chairwoman for three years.

During her last three years on the Ethics Board, the Sun reported, Moore failed to file her own ethics forms, as required of its five members, which she acknowledged was a “mistake.” The story, quoting sources, said at the time that Moore was on a short list to become the city solicitor under incoming mayor, Stephanie Rawlings-Blake. (George Nilson retained the job.)

Among the clients that Moore now represents (her current firm is Petersen Moore LLC) is Texas-based Scott Wizig, the target of an $8 million suit by six community groups who allege that he (or entities he controls) owns 57 vacant, dilapidated properties, purchasing them at tax sales and allowing them to become blighted and dangerous.

Other clients, according to the bio, have included Fortune 500 companies, as well as local companies and organizations and “a large municipality and its Housing Authority.”

Ward: Too Many Licenses

In preparing for the job in recent weeks, Ward  said he has been reading up on the state’s harsh 2013 audit of the Liquor Board, as well as the board’s response and new legislation and code language regarding city liquor regulation.

His conclusion after all that prep: “There’s going to be some changes.”

First on his list is to end the practice of allowing the lawyers to conduct themselves at hearings as if the rules of evidence are in effect, posing formal “objections,” protesting that testimony is “hearsay” and “inadmissible,” etc.

“This is not a Circuit Court. It’s a public forum for people to come in and state their views,” he said. “The purpose is not to see how many lawyers can trick each other into submission.” Communities, he said, should not feel like they need to have a lawyer.

Another practice he criticized was the “almost automatic renewal of licenses” by letting deadlines pass and granting extensions to establishments whose licenses should have expired by law.

“They almost bend over backwards to allow every license to renew itself,” he complained. “The policy is not right. There are just too many license floating around and that can do damage.”

(The Community Law Center, through its “Booze News” blog, has highlighted the problem of so-called “zombie licenses,” but Ward appears to have reached this conclusion on his own. Asked about “Booze News,” he said he hadn’t heard about it.)

Ward said he would be balanced in his approach. “People who are doing the right thing with their business should not be harassed.” Some of the Liquor Board’s formal responses to the audit citing practical, informal solutions, he said, “made sense to move things along.”

But he also stressed that liquor regulation needs to keep up with changes in the city: “We’ve now become a huge entertainment center.”

“It used to be people went to their neighborhood tavern with buckets of beer,” he said, describing the Czech taverns on the corners in the district he represented when he was a city councilman, from 1963 to 1967.  “Times have changed. Now you have a lot of licenses [going to establishments ] that have become drug centers, trash centers.”

He spoke of promises licensees make to the community that are not kept and frustration on the part of law enforcement (“The police department knocks itself out responding to calls!”).

“There’s nothing more devastating to a homeowner than having a business-owner who does not live in the community turning it into a horror spot for the community,” he said.

The detailed changes Ward is proposing suggest he has been following Liquor Board developments closely. Lengthy afternoon hearings are a burden, he said, planning to shift to an 11 a.m. session to clear away routine matters, reserving a 1 p.m. session for the more controversial cases.

He specifically blasted “the so-called 200-foot rule” that popped up in recent months, saying “all that’s out the window from now on.” He was referring to a practice of requiring signatures on a petition protesting a license renewal to be from people who live within 200 feet of the establishment. The Community Law Center has said this is a new practice not supported by statutes.

“Anybody who lives anywhere in the neighborhood can say what they want as long as it pertains to the issue,” he said. “We’re going to use common sense. A neighborhood is a neighborhood.”

Ward said he couldn’t imagine not continuing his practice of reading all the background and filings on cases before each hearing. (“You can’t go in there without knowing all the issues beforehand.”)

Ward’s resume includes Circuit Court judge from 1982 to 1997 and Baltimore Sun reporter from 1951 to 1954, a seat on the Commission for Historical and Architectural Preservation, trustee for the Baltimore City Historical Society and numerous other boards and commissions.

Ward may have formally retired from the bench in 1997, but that didn’t keep him out of the news. In 2005, he presided over the trial of two men accused in a grisly murder, a near-beheading, of three young relatives.

In 2007, at the age of 80, while walking in his Bolton Hill neighborhood, he chased down a burglary suspect roughly half his age and held him until police arrived.

Summing up the task of ahead, Ward noted that it is complicated by “the peculiar system” whereby the city liquor board is authorized and appointed by state government but must follow city policies.

“But that still, I think, leaves us the ability to make room for common sense and justice to prevail,” he said.