Newcomer Marilyn Mosby sailed to victory in yesterday’s primary against Gregg Bernstein by lifting key passages from his playbook on how to defeat an incumbent state’s attorney in a perpetually violent city:

• accuse the incumbent of being soft on crime,

• line up the black political, legal and churchgoing establishment in your corner.

In 2010, Bernstein upset incumbent Patricia L. Jessamy by slamming her as coddling criminals at the expense of hardworking citizens, of having blood on her hands for the murder of a young Johns Hopkins researcher by a repeat offender.

A “Culture of Mistrust”

Despite having a war chest of only $125,000, a quarter of Bernstein’s cash, Mosby yesterday pulled off an impressive win by a spread of nearly 10 points in the Democratic primary, which is tantamount to winning the November general election for the $239,000-a-year post.

A mother of two who has never run for public office, Mosby dubbed the “traditional approach” to crime fighting a failure and said her first priorities would be to join forces with the Baltimore Police Department “to effectively manage and target the violent repeat offender list.”

That’s exactly what Bernstein said he would do – and did do at least on paper (a consultant hired by the new police commissioner, Anthony W. Batts, faulted the  Violent Repeat Offenders unit run jointly by police and prosecutors for “losing its impetus and focus”).

She also vowed to improve the office’s relationship with the community, faulting him for eliminating Community Liaison positions and saying Bernstein had created a “culture of mistrust.”

In effect, the 34-year-old positioned herself as the new sheriff eager to confront a problem as old as the hills in Baltimore – some historians trace back the city’s “Mobtown” reputation to the Know-Nothing gangs before the Civil War. 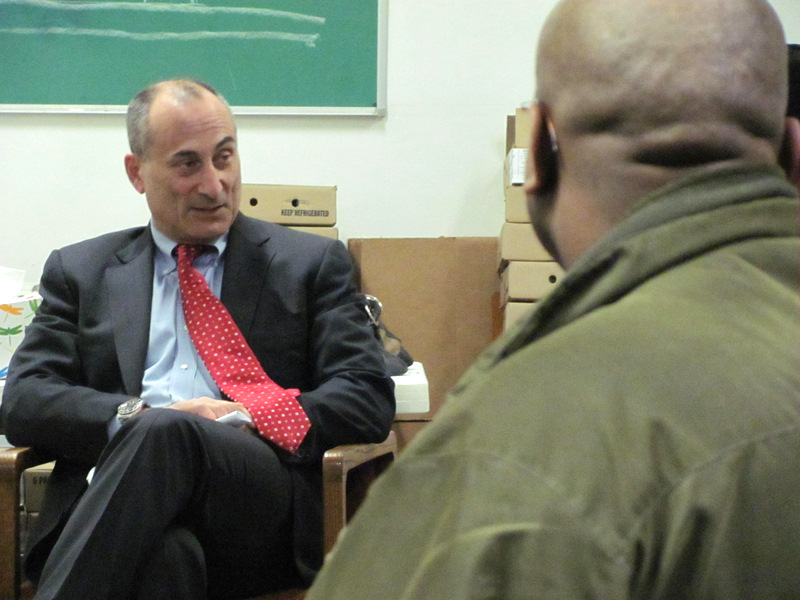 Gregg Bernstein talked at length about his managerial plans for the state’s attorney’s office during a 2012 meeting with residents of crime-impacted Westport. (Photo by Mark Reutter)

Now a private attorney, Mosby had worked as an assistant state’s attorney under Jessamy and, for a short spell, under Bernstein. Two years ago, she began plotting her campaign with the help of her husband, City Councilman Nick Mosby.

By then, Bernstein had made a number of stumbles. His office had let several high-visibility prosecutions lag and failed to respond to allegations of police brutality in the eyes of many black residents. His obsession with consolidating his office’s physical space and penchant for talking over the heads of residents during his forays into crime-ridden communities alienated others.

Most importantly, Bernstein’s political supporters were melting away.

Rarely were the top cop and top prosecutor seen together, which the Mosby campaign exploited. After a drop in homicides in 2011, murders began creeping upward. Last year and during the start of 2014, homicides were again on the upswing.

While Batts and Mayor Stephanie Rawlings-Blake vowed to beef up police patroling and toured neighborhoods together, Bernstein was largely silent.

It could well be that neither the mayor nor Batts wanted him around, for Mosby’s campaign had gained traction thanks to her husband’s shrewd politicking and the support of Rawlings-Blake’s fundraiser-in-chief, Colleen Martin-Lauer. (Officially, the mayor sat out the primary.) 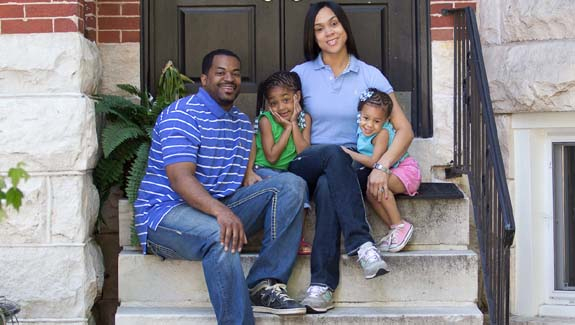 He lost some of his 2010 backers, such as former judge William H. “Billy” Murphy, and failed to gain the nod of such influential groups as the Interdenominational Ministerial Alliance.

While he touted the backing of former police chief Bealefeld, Mosby was publicly blessed by Kweisi Mfume, the highly popular ex-Congressman and NAACP leader, and former mayor Kurt L. Schmoke.

Which gets us to the Bernstein campaign.

Campaign mailings and signs were sparse, especially compared to Mosby’s wide circulation of her literature, and there appeared to be very few Bernstein workers at the polling stations yesterday.

Saying he preferred to focus on the work of his office, the incumbent ran a gentlemanly – some would say overconfident – campaign headed by former CitiStat director Chad Kenney until the last couple weeks, when panic set in.

Meanwhile, Mosby settled on the charm. Her stump speech included not just cases where prosecutors seemed to let criminals slip away, but touches that served to make her seem friendly and personable.

“It pains me every time I turn on the news or open up a newspaper and hear about a 12-year-old girl being robbed at gunpoint in her school uniform walking on the way to school,” she told The Brew. “As a mother, it pains me because that’s not how you should live when you’re sending your child to school.”

Mosby did not prosecute any murder or rape cases during her stint in the state’s attorney’s office. Her present job as an insurance fraud lawyer does not necessarily translate into an ability to manage a 400-person office.

But again choosing to emphasize his vision rather than her lack of experience, Bernstein lost a chance to persuade undecided voters.

Despite kudos by the Greater Baltimore Committee, an endorsement by The Baltimore Sun and support by other Maryland state’s attorneys, the 58-year-old incumbent had none of the spunk or freshness of his first campaign.