“Scooping traditional media.” “Transformative.” “Not afraid to talk about the haves and have-nots.”

This week we had some nice affirmation in a national publication for the work we do at The Brew – a featured article in Next City, the website of a Philadelphia-based non-profit that provides daily coverage of America’s cities and says its mission is to “inspire social, economic and environmental change” in them.

Amid the tough challenges that all media face these days, The Brew is inspiring some of that change around here, the piece concludes.

“They have an outsized influence,” Next City says via a a quote from Ron Cassie, a senior editor at Baltimore magazine.

Cassie notes that this website is read by reporters and people who work in the local media world as well as the mayor and her staff: “It gets to people that matter.”

There are familiar Baltimore names quoted in (and getting a byline on) “The Story on Urban Newsrooms is Still Looking for its Hero” in Next City.

It’s written by former Urbanite executive editor Greg Hanscom who knows the issues intimately. (Wildly popular but financially unsustainable, Urbanite folded in September 2012. Hanscom now is a senior editor at the Seattle-based magazine Grist, which has the greatest tagline ever: “A beacon in the smog.”)

But Hanscom opens his piece with The Brew, telling the tale of how senior reporter Mark Reutter broke the Dynis “smart” water meter story with “old school” shoe-leather reporting.

As our readers know, Reutter disclosed how politically connected Dynis was in line to get a meter-replacement contract that was $100 million more than the next highest bidder. 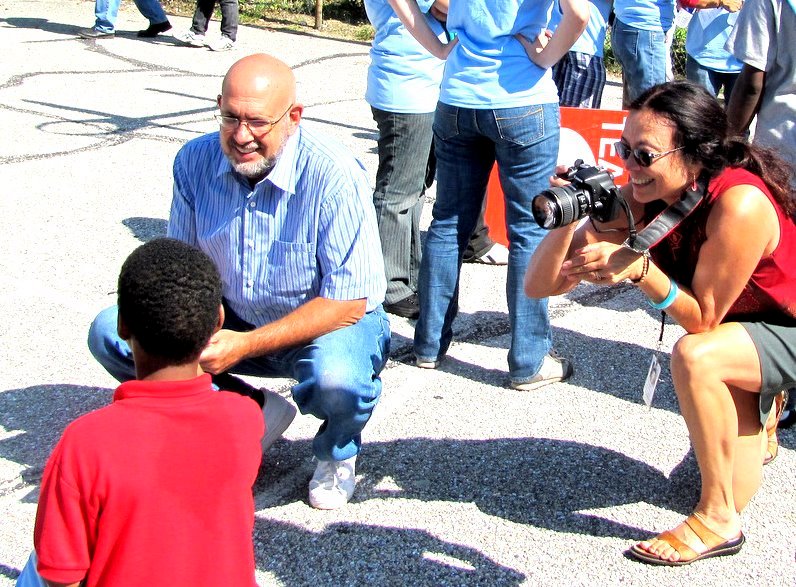 A rare day when Mark Reutter and Fern Shen are out and about working the same story. (Photo by Dawne Allette)

Hanscom’s got the whole thing – the phone call from a source, the hours of combing through city documents, the stories Reutter wrote for weeks before anyone else picked up on the story.

The final outcome is there, too – the awarding of the contract to the lower bidder in the face of public and media scrutiny.

There’s lots more in there about The Brew, including some great news on the financial side.

Earlier this year, we received a $80,000 grant from The Abell Foundation to add extra reportorial boots on the ground and a chief revenue officer – basically someone to help us get a membership campaign going, boost ad sales and sponsorships, and otherwise help us build a sustainable, somewhat bigger organization.

We’re in the process of sprucing up our website, too.

We encourage folks to read Hanscom’s piece (which has some good descriptions of the inspiring work being done by the other sites) even though it requires a $20 subscription. His article was written for Forefront, Next City’s premium-content, subscription-only section.

They’re a good site. A short Next City article we mentioned on our Facebook page –  What happened when the city of Boston asked teenagers for help with the budget – was wildly popular. We asked, “Something for Baltimore to try?” and judging by the likes, many thought the answer is “yes.”

It made us realize that Next City is a good resource to help cities with similar challenges get grassroots inspiration from each other.

It’s what The Brew is trying to do – giving people from different neighborhoods and in separate silos fresh facts and a deeper understanding about Baltimore to get them thinking and talking.