Back in 2012, in a letter addressed to CSX Chairman and CEO Michael Ward, Mayor Stephanie Rawlings-Blake said the company should stop dilly-dallying with suburban NIMBYs and locate its planned intermodal rail terminal in Baltimore. (Ward is a native of South Baltimore who went to Harvard Business School, then climbed the corporate ladder of the biggest freight railroad in the East).

In no uncertain terms, the mayor told Ward that she would deliver the project to him, while the state would help underwrite the cost with a $30 million capital grant.

For 1½ years the mayor stood tough in her resolve to build the facility, unaware of the blow-back gathering strength in Morrell Park, which exploded at a public meeting last September that scared the bejesus out of City Hall.

After attempting to use Vice President Joe Biden as a pro-terminal surrogate during a junket to Panama, the mayor started back-pedaling last November.

She announced that she was not going to “shove any intermodal facility down the throats” of Morrell Park, while normally docile politicians like City Council President Bernard C. “Jack” Young and southwest Councilman Edward Reisinger expressed solidarity with the community (here and here). 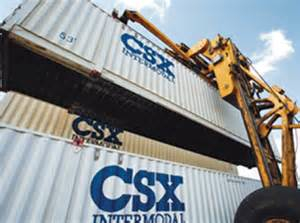 A machine double-stacking a container onto a flat-bed rail car. (Courtesy of CSX)

The community took its concerns to the state legislature, which lent a sympathetic ear, and Democratic gubernatorial candidate Heather Mizeur went to the community to show her support.

So much for a done deal.

Last week, the mayor blinked, the railroad walked, and the Maryland Department of Transportation announced that its $30 million grant to help CSX build the intermodal yard (either in the suburbs or the city) was terminated.

Before shedding a tear, remember that the Morrell Park terminal was poorly conceived from the get-go. Railroads need lots of space to efficiently transfer shipping containers to “double-stack” trains. CSX’s intermodal yard near Akron, Ohio (called North Baltimore in commemoration of this city), is sited on 500 acres. Mt. Clare consists of a measly 70 acres.

Secondly, the plan was a band-aid for the Port of Baltimore’s longstanding problem – CSX’s Howard Street Tunnel cannot accommodate full-cube, double-stacked trains headed to the Seagirt Marine Terminal in Dundalk.

More worrisome to the community, however, was the plan to transport from 700-900 containers a day on trucks that would use I-95 and the Fort McHenry Tunnel to reach the Seagirt terminal. 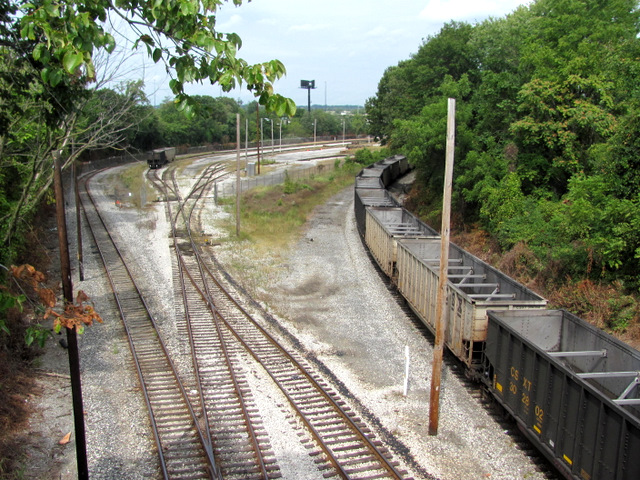 The 24/7 operation would turn sleepy Morrell Park into a hub of noise and diesel fumes. When residents and community associations raised these points, CSX brushed them off  – after all, the railroad figured the mayor got their back.

As Rawlings-Blake mulled over her growing unpopularity in a district that voted overwhelmingly for her in 2011, MDOT secretary James T. Smith Jr. expressed to local politicians his frustration with CSX in a speech at City Hall.

Informed sources tell The Brew that in recent months only Gov. O’Malley favored the project and maintained a cordial link with Michael Ward.

MDOT and the Maryland Port Administration now say they have several strategies to keep Baltimore competitive once “Post-Panamax” ships pass through the enlarged Panama Canal and dock at East Coast ports with tens of thousands of containers’ worth of merchandise from China.

One is to incorporate cost savings at the docks of Seagirt to override the inefficiencies of the CSX trip westward. Another is to introduce shipping incentives for international cargo to better compete with the Port of Virginia in Newport News and Norfolk, which currently has double-stack train capacity at dockside.

The third, floated last week in a news release from MDOT, is to incorporate double-stack capacity into the replacement of Amtrak’s West Baltimore Tunnel. But that project is at least a decade away from turning into reality.

Even if the tunnel is built, it’s doubtful that Amtrak would permit freight trains in a high-speed passenger corridor – or, if it does, would so limit the hours of operation as to undercut the efficiencies and reliability of the service.

How About Norfolk Southern?

Another idea – not mentioned by MDOT – is to collaborate with Norfolk Southern, the other trunk railroad serving Baltimore. The railroad’s Bayview yard in East Baltimore currently has intermodal service to Chicago via its “river route” along the Susquehanna between Perryville and Harrisburg. 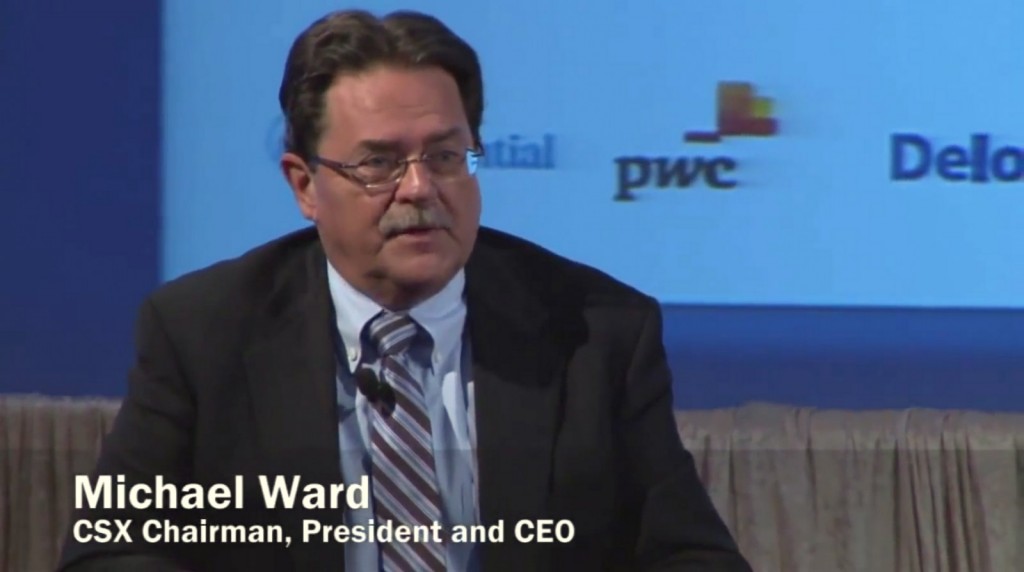 Bayview has lots of unused, industrial-zoned land. And Norfolk Southern has proven to be much more adept at seizing new markets than its rival CSX.

In working with NS, the port faces the same problem of single-stacked trains out of Baltimore because the Susquehanna River Bridge at Perryville/Havre de Grace is too low to allow double-stacks. Ironically, or perhaps opportunistically, CSX’s parallel bridge over the Susquehanna can accommodate double stacks. A connection between the two lines could be possible.

In recent years, NS has developed excellent intermodal facilities between Norfolk and the Midwest, so may have little interest in engaging with the Port of Baltimore for expanded service. But encouraging real competition among rail carriers could benefit shippers and the public in unexpected ways.

As for CSX, it’s likely to remain the dominant railroad in Baltimore for the foreseeable future, a legacy of the Baltimore & Ohio Railroad that was started here and led to the city’s economic growth in the 19th and early 20th centuries.

On its website, CSX says that it serves more than 70 ports, including Newport News, Va.; Charleston, S.C.; Savannah, Ga.; and its headquarters city of Jacksonville, Fla. In other words, CSX has quite a few options to redirect its intermodal business elsewhere.

Our port cannot so easily move itself. Thus, it would be reassuring if the mayor started talking about how she plans to strengthen rail transportation to and from the docks without weakening long-established neighborhoods.