The hot-button issue of converting Calvert and St. Paul into two-way streets got distinctly different reactions at two recent public meetings hosted by city transportation officials, one downtown and the other in Charles Village.

Saying he and other mid-town residents have nicknamed their street “Interstate St. Paul,” Steve Shen, of the Mount Vernon-Belvedere Association, said his group approves of the idea as a way of slowing down speeding motorists.

“We’ve studied the conversion diligently. It will calm traffic and improve safety,” he said, acknowledging that the change would have a negative effect on “traffic capacity flow” but arguing drivers would adapt.

“The way people commute is changing and congestion has a way of fixing itself,” Shen said, speaking at a meeting of about 35 people at city Department of Transportation offices in the Benton building.

Meanwhile, when the DOT officials spoke about two-way conversion in Charles Village, the reaction was much more mixed. 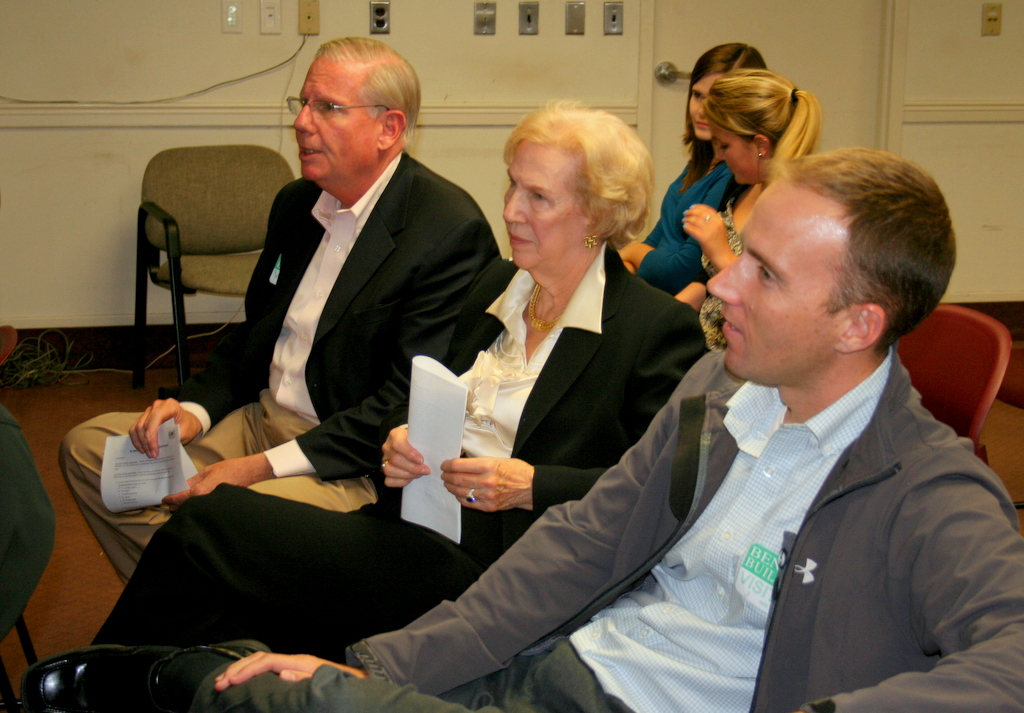 Charles Duff, Eva Higgins and John Molino listen to DOT presentation on a switch to two-way for St. Paul and Calvert streets. (Photo by Danielle Sweeney)

Robert Price, who attended along with  more than 60 others, said the conversion doesn’t make sense to him and he’s far less optimistic about drivers’ adaptability.

“Any idea that people will slow down is crazy,” said Price, who lives on Calvert Street. “As for the traffic, the cars will just go somewhere else.”

In June, the city Department of Transportation announced it was studying the return of two-way traffic on Calvert and St. Paul, which have been one-way since the 1950s.

The two streets are among Baltimore’s major routes in and out of downtown. From Pratt Street at the Inner Harbor to University Parkway they run parallel, passing through Mount Vernon, Station North, Old Goucher and Charles Village.

Gladys Hurwitz, a DOT planner, said the traffic study for the conversion was requested by community stakeholders to look at ways to have a more balanced transportation network on Calvert and St. Paul streets.

The Central Baltimore Partnership, a coalition of community groups, nonprofits, business, and institutions within the corridor, handed out a fact sheet at the downtown meeting outlining what they believe are the “traffic-calming” aspects of the conversion.

Traffic calming reduces the speed of vehicles and often the volume of traffic, improving safety for pedestrians and other users and is one of the goals of the recent redesign of Charles Street.

Ashley Wallace, program director with the partnership, said the group currently has no position on the conversion but supports traffic calming throughout its neighborhoods. 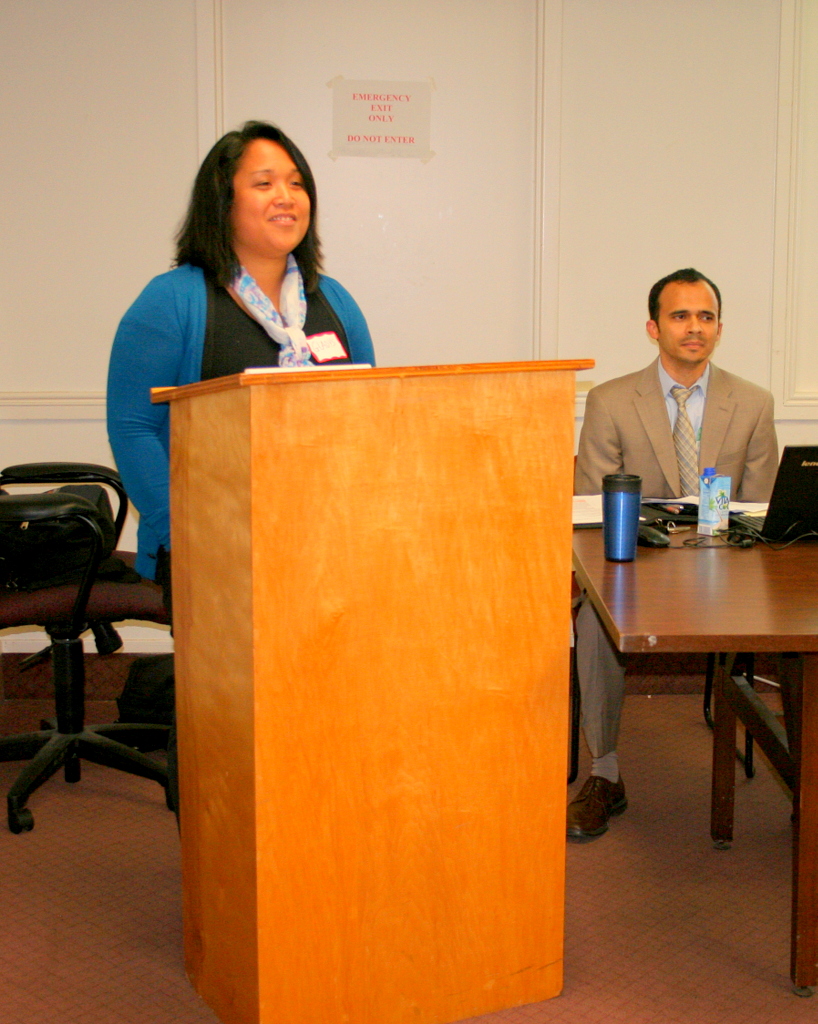 Rafey Subhani, a planner with Sabra, Wang & Associates, a firm that provides transportation consulting to the city, told meeting attendees the study will take an inventory of transit, looking at travel patterns from a multimodal perspective, as well as commuters’ origins and destinations.

It will also take into account traffic impact on parallel streets, two streets away from Calvert and St. Paul., including Maryland and Guilford avenues.

Not Ready to Discuss Parking

Charlie Duff, executive director of Jubilee Baltimore, a nonprofit development group, and an advocate for the conversion, asked if the city would be measuring the current impact of noise and vibrations from speeding traffic.

Eva Higgins, who lives on St. Paul St., raised the same issue. Higgins characterized the road as a speedway and noisy streets as reducing quality of life. A city representative coordinating the health impact portion of the traffic study said the agency didn’t have funding to look at noise.

Parking emerged as another concern. Some loss of parking is possible, said Subhani , who did not get into the possible impact on free and permit-only spaces. 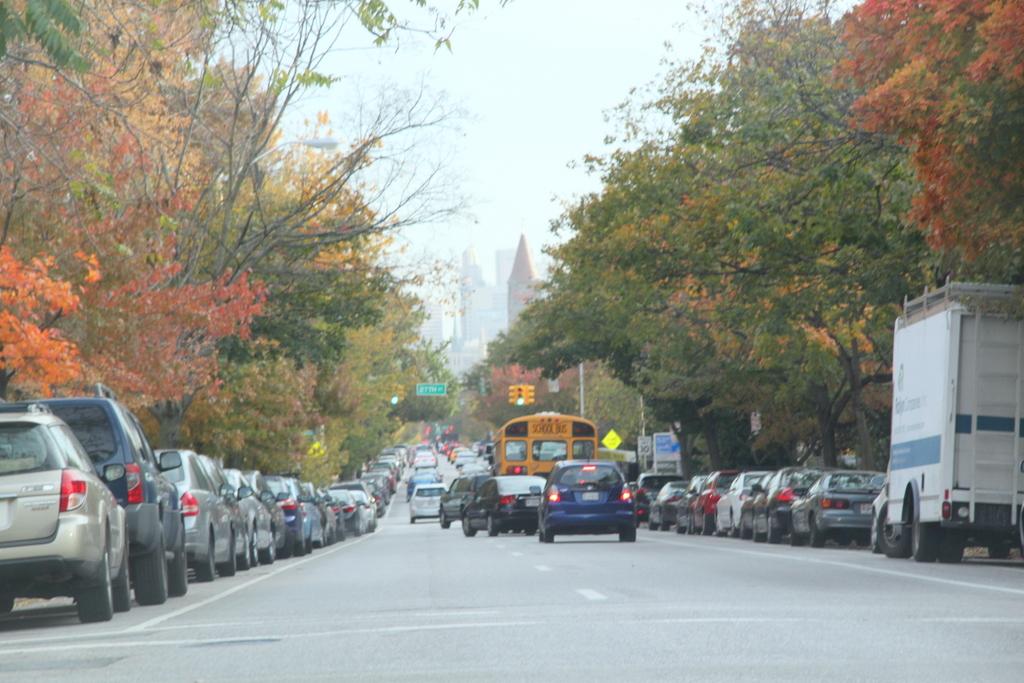 “We’re not ready to discuss the loss of parking,” said Hurwitz, shutting down that part of the conversation.

Shen said later that he believes some parking spaces could be lost due to turn lanes, but with proper planning, even those losses could be minimized.

Duff jokingly threatened an insurrection if the conversion meant losing parking spaces. “Everyone I know cares more about parking than traffic problems,” he said.

Timetable for the Study

The DOT will be mailing a public opinion survey on the proposed conversion some time in November. “We’re still tweaking our survey instrument,” said Hurwitz.

The DOT has not replied to The Brew’s questions about when the traffic study will actually begin.

DOT and the Central Baltimore Partnership will be making presentations about the upcoming study to community associations within the study area. The agency said it will host additional public meetings early next year.

A DOT newsletter indicates the conversion project team will present a technical report with recommendations by July 2015. At the meeting however, Hurwitz said the report wouldn’t be completed until November.

A cost estimate for the proposed conversion has not been released. 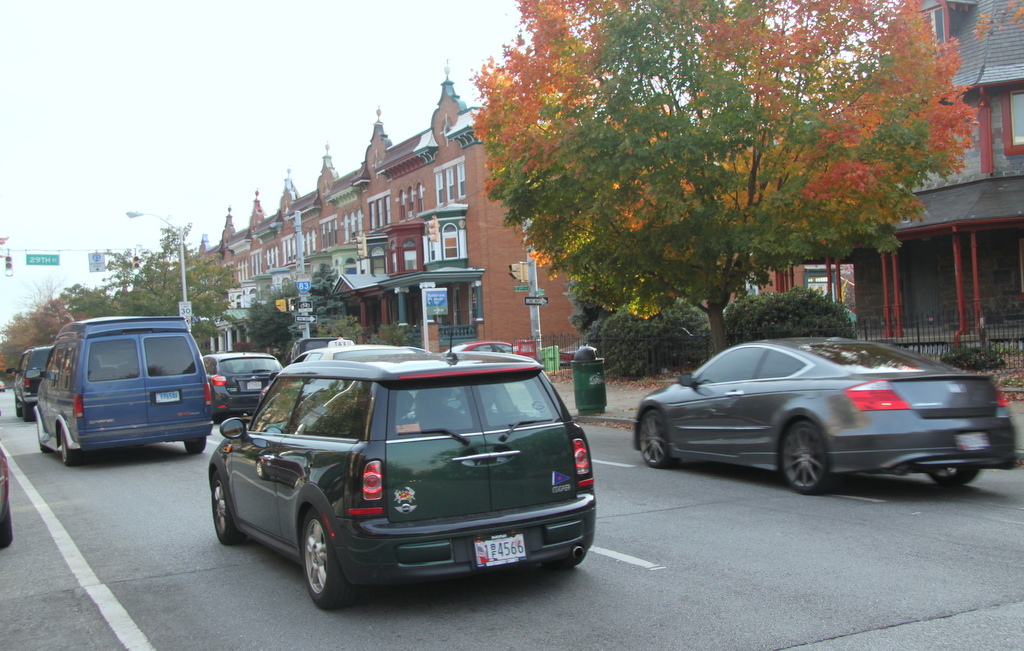