A long-neglected neighborhood park in east Baltimore is finally slated to get some attention.

It looks like Ambrose Kennedy Park, at Eager Street and Harford Avenue in Johnston Square, will be getting a new basketball court some time in 2015-16.

“We are part of the capital budget,” said Terrell Williams, a park advocate who recently met with City Councilman Carl Stokes and Chief of Recreation and Parks Ernest Burkeen and his staff to discuss the small park’s future.

“Ultimately,” Williams said, “the park will get a makeover.”

Upgrades for a neighborhood basketball court may not sound like a big deal, but it’s welcome news given the park’s history.

Williams, a community organizer with Baltimoreans United in Leadership Development (BUILD), locked horns with Rec and Parks over the summer because of of what BUILD said was their neglect of Ambrose Kennedy last summer.

He said the agency maintained the pool at the park, but not the playground or green space.

BUILD, and other volunteers from the painters union and The Sixth Branch (a veterans’ service group) cut the grass, removed tree stumps, re-painted the dingy basketball courts, and created a play space for children. But the agency let the park go, Stokes told The Brew in July.

Williams said the grass was several feet high when volunteers started cutting it. Fed up with the situation in July, Williams contacted The Brew.

“Parks in distressed communities are a low priority, and Rec and Parks has an adversarial attitude toward taking care of them,” he said at the time. “It’s not unique [in Baltimore] and not personal against Johnston Square. “

Also at issue was the agency’s lack of communication with BUILD and Re-Build Johnston Square, a community association, which sent Rec and Parks a proposal for lighting the basketball courts, providing stationary trash cans, cutting the grass, and establishing a maintenance schedule.

Hoping the Tide Has Turned

After the meeting a few weeks ago, Williams hopes relations between the BUILD, himself, and Rec and Parks will be better going forward.

“I recently went to the groundbreaking for the gym at the Rita Church Community Center in Darley Park and I saw Ernest Burkeen there. He shook my hand,” Williams said.

While there is no official timeline for the work at Ambrose Kennedy to begin, Williams said he’s been told the asphalt removal should start next month.

Stokes said a master plan for Ambrose Kennedy is in the works. 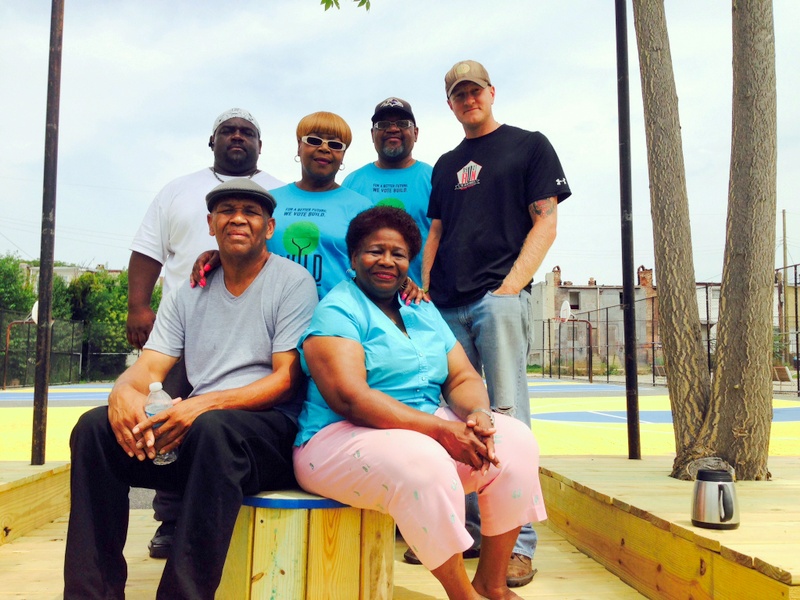