Today’s approval by the Board of Estimates of a PILOT tax break for the developer of State Center could cost city taxpayers about $44 million in lost property tax revenue over the course of the 20-year agreement, The Brew has found.

This calculation – based on city records and a conservative estimate of the project’s future real estate taxes in the absence of today’s PILOT (payment in lieu of taxes) agreement – does not include built-in revenue increases going to the developer for the lease of state offices at the rehabbed midtown complex.

The PILOT agreement was approved by the spending board without comment or debate, with Mayor Stephanie Rawlings-Blake and City Council President Bernard C. “Jack” Young approving the deal, and Comptroller Joan M. Pratt abstaining.

While complicated in its details, the tax break can be expressed quite simply.

On one hand, developer Ekistics LLC will be paid $36-per-square-foot by the State of Maryland for the lease of 515,000 square feet of office space – but, on the other, the city will tax the leased space at $2.50-per-square-foot.

The difference between the two figures means that the city will get an estimated $1.7 million a year in annual property taxes (according to the Baltimore Development Corp.) compared to $3.9 million a year based on 80% of the estimated $215 million cost of Phase 1 (20% was deducted for “soft” costs that would not likely be assessed under the property tax process).

The Baltimore Development Corp. (BDC) has defended the transaction as “very, very good for the city” because the State Center is now state-owned property and provides no property tax revenues to the city.

The Rawlings-Blake administration has called the State Center redevelopment, slated at $1.5 billion over several phases, a job-creator and a boon to midtown Baltimore. They have also praised it as a transit-oriented development because the site is located on the Metro subway line.

“The project represents a substantial investment in the City of Baltimore that will provide a transit-connected anchor for the entire region,” said BDC President William H. Cole IV in a press release today. “It will turn an aging, obsolete office complex into an exciting mixed-use community that brings people and communities together, creates local jobs and generates tax revenue.”

Under a Cloud in Annapolis

But even with today’s PILOT, the long-delayed project remains under a cloud because of its potential impact on the state’s budget and efforts by incoming Gov. Larry Hogan to cut back on state spending. 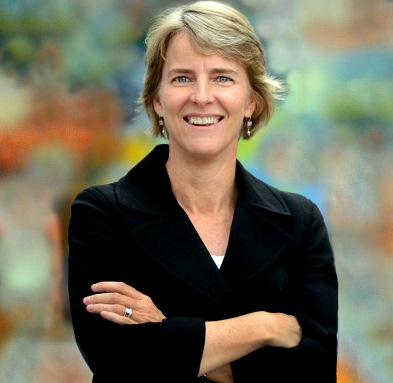 The project is predicated on a large state subsidy to Ekistics in the form of premium rent for state offices that, critics say, could be housed much cheaper elsewhere in downtown or suburban Baltimore.

As an alternative, according to these critics, the state could borrow funds to rehabilitate the State Center itself, relying on its favorable credit rating to obtain low-cost financing. Under this scenario, the state would pay far less than leasing the property from developer Moore, but the city would receive nothing in real property tax revenues.

Last year, the Maryland Court of Appeals ruled that plaintiffs of a lawsuit, which had delayed the project for several years, had waited too long to sue, freeing the state to proceed.

Since then, Ekistics has sought to modify the terms of its agreement with the state to build a parking garage, a decision that prompted the Senate Budget and Taxation Committee to raise concerns about the project’s financial impact.

The modified parking agreement means that the project will soon have to return to the Maryland Board of Public Works for approval – which gives Gov. Hogan a direct say in whether the project moves forward.