They’d had “a dispute,” Timothy Wilson said, and his longtime companion, Charlotte Hutcherson, left the place they shared on the 2200 block of North Fulton Avenue – just taking a walk to cool off. This was last Wednesday.

“She never came back,” Wilson said, his eyes brimming with tears.

Only a few blocks away, Hutcherson, 45, was fatally struck at about 10:20 p.m. by what police believe was a dark-colored Toyota pickup truck traveling east on North Avenue near the Etting Street intersection.

The vehicle didn’t stop, according to police, and Hutcherson died at an area hospital.

Unsafe Streets in the News

The safety of pedestrians and bicyclists has become a high-profile issue in Baltimore, in part because of the December hit-and-run crash involving Episcopal Bishop Heather Cook, who – drunk and texting, police say – struck Thomas Palermo as he biked along a North Baltimore road. 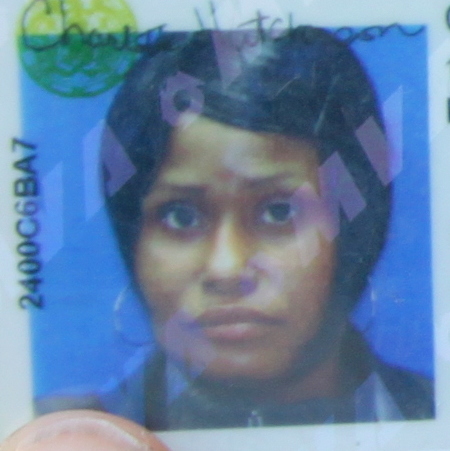 Cook left the accident scene, returning later and blowing nearly three times the legal limit for breath alcohol. She was released with no charges.

Later, after a public storm, state’s attorney Marilyn Mosby announced multiple felony charges against Cook, who was released on $2.5 million bail and pleaded not guilty to the charges last week.

City transportation officials, meanwhile, set off a hornet’s nest of anger about traffic congestion and dangerous streets in Southeast Baltimore with a proposal to remove a parking lane on Aliceanna Street to speed up rush-hour traffic.

At a packed meeting in Fells Point, residents condemned the Aliceanna plan and spoke of being afraid to bike or cross streets with children on roads clogged with too many cars.

Loss of a Friend

For his part, Wilson is simply distraught about the loss of his companion of more than 10 years. “She was a sweet person. A good person. A really good person,” he said, speaking with The Brew yesterday on the sidewalk in front of their apartment building.

Wilson said Hutcherson grew up in Baltimore, graduated from Frederick Douglass High School, worked as a U.S. Postal Service mail sorter for a time and had three children, 19, 15 and 7, one living with an aunt and two with their father.

“There wasn’t a day gone by that she didn’t see those children or talk with them on the phone,” he said. “They are going to miss her so much and I am, too.”

Wilson said Hutcherson had schizophrenia that was under control with medication, but that about two weeks ago she had run out of the pills and was having trouble getting her prescription refilled. 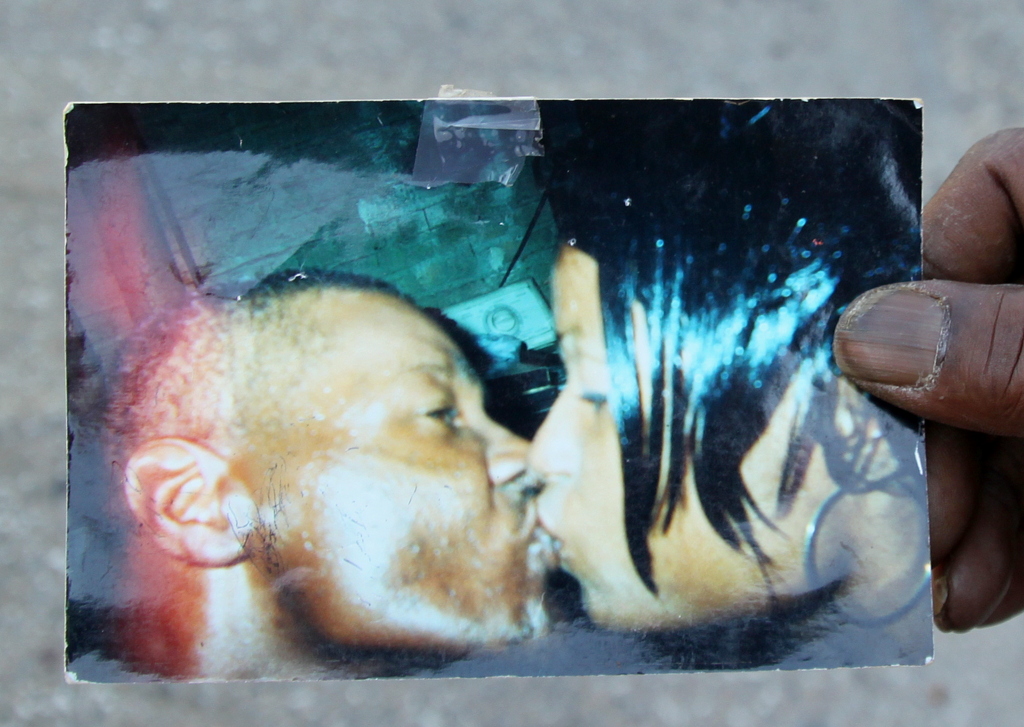 When she was off her medication, Wilson said, Hutcherson would become distraught, “delusional.”

Wilson had taken her to area hospitals and even called 911 to obtain an emergency psychiatric evaluation, he said, “but she was back home within a couple of hours – they didn’t really treat her.”

Wilson said he has been speculating on all sorts of explanations for what happened, including the possibility that the people Hutcherson said were “out to get her” really were.

But ultimately he blames the fateful combination of her medical problem and a fast-driving, callous person. “I just don’t understand that, not stopping,” he said. “If it was a dog you hit, you would stop.” 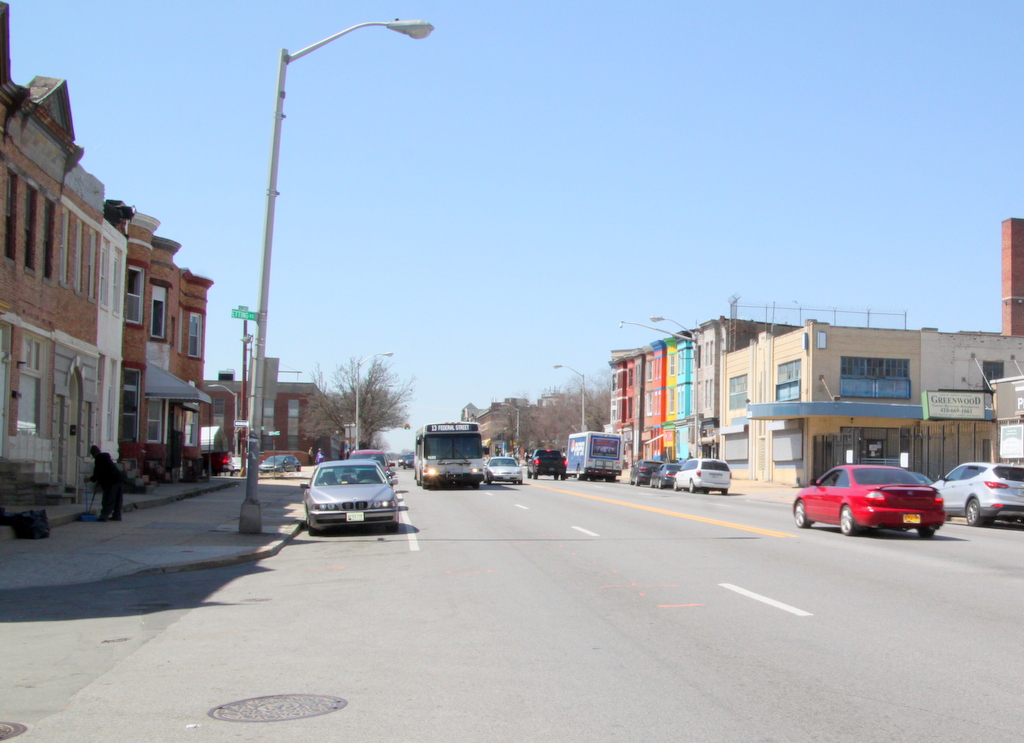 The busy 1300 block of West North Avenue where Hutcherson was hit. (Photo by Fern Shen)

An employee of Great Grann’s restaurant on North Avenue, Angelo Austin, was sweeping the sidewalk when asked where the crash took place.

“Right there,” he said, pointing to sprayed orange markings. Austin said he came out of the restaurant after it happened that night and saw the pool of blood.

“How could people not stop their car?” he said. “There’s not enough love in this world.”

Detectives from the police CRASH team are asking witnesses to call 410-396-2606 and be on the lookout for a dark Toyota pickup truck with front-end damage.