One of the most visible eyesores in West Baltimore – a boarded-up Victorian rowhouse on historic Auchentoroly Terrace – is finally slated to undergo a rebuild.

Twice burned and crumbling at the corner of Gwynns Falls Parkway, the corner property has been a blight on the community for at least 15 years, Barbara Anderson-Dandy, president of the neighborhood association, said.

Yesterday the Commission for Historical and Architectural Preservation (CHAP) approved plans by a Washington-area developer to restore the building, which overlooks Druid Hill Park and the Howard Peters Rawlings Conservatory.

Daniel B. Midvidy said the estimated $720,000 rehab would return the three-story Renaissance Revival building, completed in 1909, mostly to its original exterior. 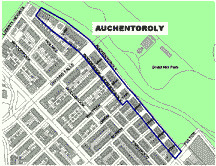 The 3400 building is in the upper part of the historic district (blue line).

Included in his plans are a replication of the house’s wrap-around first-story porch and installation of a long-missed bay window.

The plans were approved by CHAP with one main condition – a request for a sensitive treatment of the building’s cornice.

The original cornice, an imposing red-tile band, was pared down to a broad, flat strip of stucco many years ago, making the building stick out from the richly decorative cornices of the rest of the 3400 block. 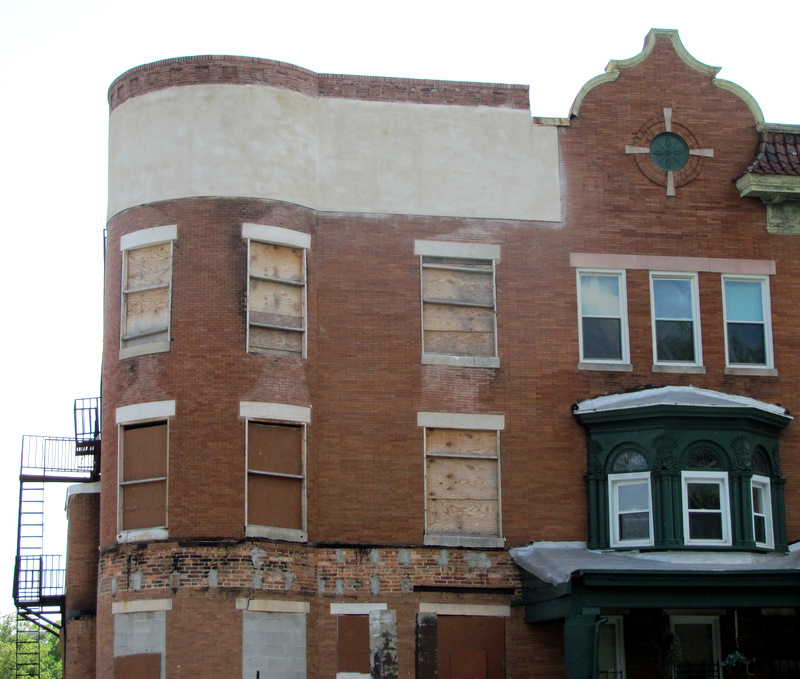 Close-up of the stuccoed cornice of the 1909 building. (Photo by Mark Reutter)

Midvidy said full restoration of the cornice would cost about $80,000.

He told CHAP he planned to “leave it as is” with some painted details to make it less obtrusive.

Anderson-Dandy told CHAP a minimalist cornice was not what the community preferred, but it was “not a deal-breaker.”

Midvidy said his company, Meadow Property Management, will be submitting an application for federal historic rehabilitation tax credits in June and expects construction to begin in the fall.

The building will be gutted and rebuilt into eight apartment units. 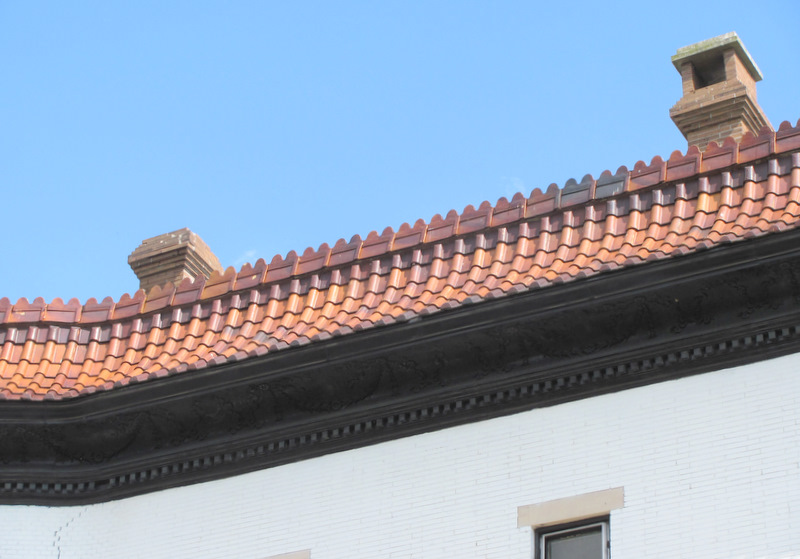 An example of the original cornice treatment of buildings on Auchentoroly Terrace. (Photo by Mark Reutter)

Dwight Harris, who lives at 3418 Auchentoroly and attended yesterday’s hearing, said he was “very excited” about the plans.

Built between 1876 and the 1920s, the properties were designated a historic district by CHAP for representing an “unusually impressive collection” of high Victorian architecture.