Six Baltimore community associations have settled a lawsuit against the owner of more than 50 vacant, dangerous and uninhabitable properties.

Companies controlled by Texas-based investor Scott Wizig had acquired the houses mostly at city tax sales, then “left them for dead” as he tried to flip them to homeowners and others.

The lawsuit charged that Wizig knowingly kept the properties in disrepair and paid fines to the city Housing Department for Code violations rather than fix the properties.

The most important provision in the settlement, according to Robin Jacobs, an attorney at the Community Law Center, is the requirement that Wizig “invest in rehabilitating some properties and in demolishing the properties that were beyond repair and endangering community residents.” 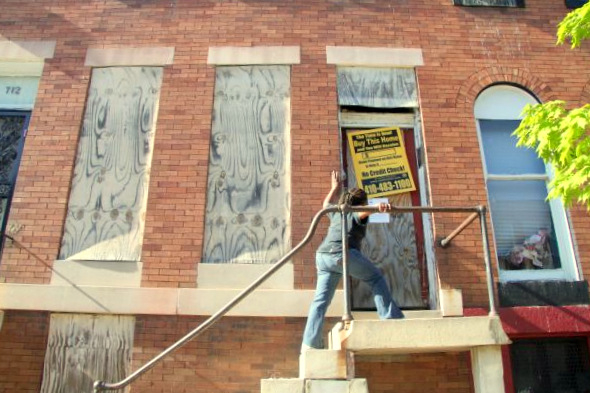 This vacant at 714 East 21st Street, owned by Wizig’s Inbrook Homes LLC, was sandwiched between two well-maintained houses. Jeanine Jones, who lived across the street, said it pulled down the block. (Photo by Fern Shen, 2013)

Over the last two decades, Wizig has bought, financed and managed more than 1,000 properties in Texas, primarily single-family houses, under his two main entities, Scott Wizig Enterprises and SWE Homes.

He has marketed many of the properties under the motto of “Everyday Homes for Everyday People.” 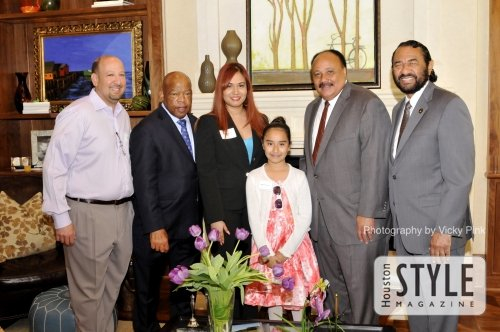 Scott Wizig poses with Congressman John Lewis in the living room of his Texas mansion at a May 30, 2014 reception for Lewis and Martin Luther King III. (Houston Style Magazine)

In Houston, he and his wife are known for their philanthropy and support of Jewish causes. Inna Wizig is a trustee of the city’s Holocaust Museum and the couple are actively engaged in the Emery/Weiner Center for Jewish Education.

• “Mr. Wizig, individually and through his LLC entities, has purchased approximately 140 vacant properties at tax foreclosure sales and, to date, has failed to remediate any of them.”

• “. . . knowingly disregarded the accumulation of debris, garbage, refuse, graffiti, weeds, overgrown vegetation and other offensive, dangerous, unhealthy and unsanitary matter on [its] properties throughout the City of Baltimore.”

They are slated to receive an $85,000 payment as part of the settlement. They originally sued Wizig for $8 million.

Because the Wizig-related entities filed for Chapter 11 bankruptcy after the lawsuit was filed, the agreement had to be approved by the bankruptcy court, which took place earlier this week, according to the law center.

Kristine Dunkerton, executive director of the Law Center, said the case represents a new legal strategy in the fight against owners of abandoned properties in Baltimore.

“Putting the power of City Code enforcement into the hands of the communities impacted by the vacant properties is a new tool that is proving effective,” she said in a statement.

She said her group, joined by Venable LLP and the University of Maryland School of Law’s Community Development Clinic, “are committed to continue our work with our clients to ensure the defendants perform their obligations under the agreement.”

Joyce Smith, of Operation ReachOut SouthWest, added this warning to owners of other vacant houses: “We want you to know that you cannot continue to neglect your legal responsibilities as property owners.”