On October 23, 1915, a star-studded crowd turned out to celebrate the opening of a newfangled contraption in Baltimore, a motion picture theater called The Parkway.

Last night, another star-studded crowd turned out to celebrate the 100th anniversary of the Parkway’s opening at 5 W. North Avenue and announce the start of an $18.5 million renovation and expansion that is hoped to transform it into the Stavros Niarchos Foundation Parkway Film Center by March of 2017.

Supporters of the project say they have raised more than $15 million in less than two years and that construction will begin next month.

“This is a celebration of a birth and a rebirth,” said Tad Glenn, chairman of the board of the Maryland Film Festival, which is working with the Johns Hopkins University and the Maryland Institute College of Art to recycle the theater and redevelop three adjoining parcels on North Charles Street.

The Maryland Film Festival will be the center’s owner and operator.

Jed Dietz, director of the Maryland Film Festival, said the Parkway renovation will help strengthen the Station North Arts & Entertainment District and the neighborhoods around it, while helping the Film Festival grow. 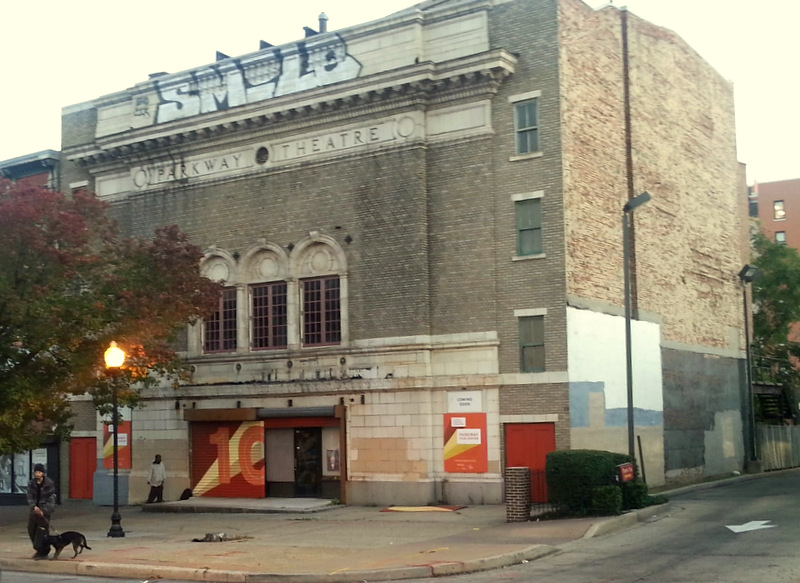 The graffiti-laced Parkway Theatre has been an eyesore for more than two decades. (Photo by Ed Gunts)

“We have raised more than $15 million,” he said. “We still have $3.5 million to go . . . We’re going to help Baltimore take the next step” in its revitalization.

Redeveloping the Parkway Theatre has been a long exercise in frustration. From The Brew archives in 2011:

Plans by Ziger/Snead Architects call for the 29,000-square-foot film center to include a 422-seat main theater in the shell of the Parkway, which was designed by Oliver Wight and closed in the 1970s. The center also will contain two 100-seat theaters, a first-floor lounge, and office and seminar space for Johns Hopkins and MICA film students.

The building at the southwest corner of Charles Street and North Avenue will be torn down and replaced with a new structure providing “state of the art” spaces that can’t fit into the Parkway. 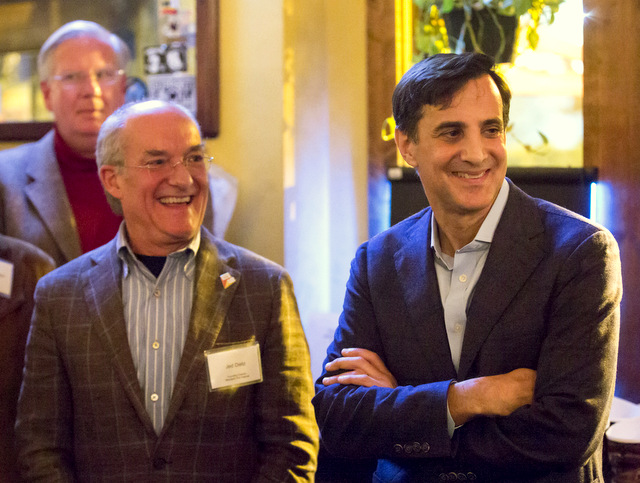 One goal, supporters say, is to add more screens locally to show films that don’t come to Baltimore today. Of the 950 films that The New York Times reviewed last year, only 350 were screened in Baltimore, they say.

Another goal is to have a place where students can learn about filmmaking. Supporters say they expect filmmakers to come from around the world for public screenings of films, lectures and other events.

More than 100 people crowded into Liam Flynn’s Ale House on North Avenue last night for the announcement about the capital campaign. That was followed by an outdoor festival at the Ynot Lot at Charles Street and North Avenue, featuring black and white films shown against the side of a building.

Mayor Stephanie Rawlings-Blake told the crowd that her administration sold the Parkway and three adjacent properties to the developers for $1, even though the appraised value was much higher.

“The appraisal came in at over $1 million — I think $1.2 [million],” she said. “I think you got a deal. I consider myself a bargain shopper. . . You are putting my bargain shopping to shame.”

Baltimore filmmaker John Waters, one of three honorary co-chairs of the Parkway Campaign, posed for selfies with fans such as the mayor and shared some of his memories of the area from back when he “got out of Lutherville, Maryland, and came down to be a beatnik.” 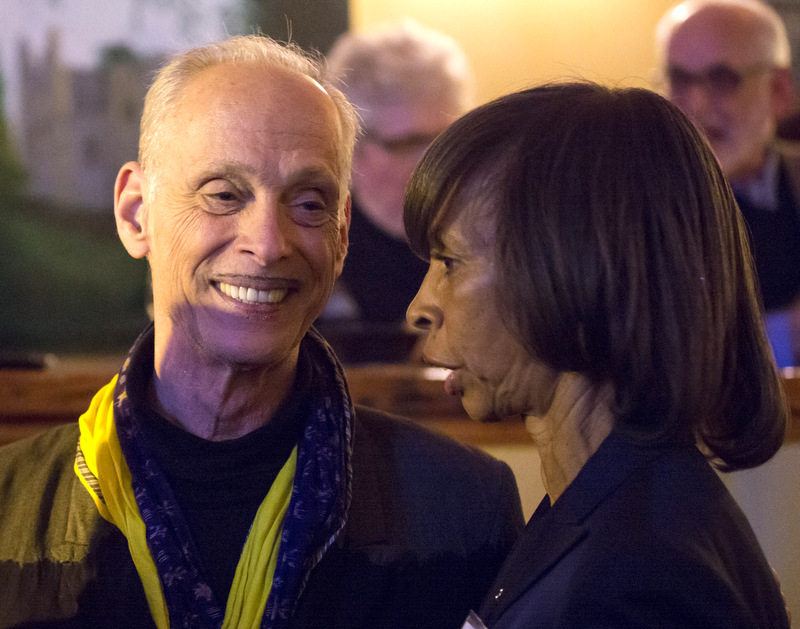 Waters said he thinks the Station North Arts District is a fitting spot for the film center because the area has a history of showing films people couldn’t see elsewhere in town.

He said he remembers going to the Parkway when it was called the 5 West to see Never on Sunday, a film banned by the Catholic Church.

He said he also remembers places such as the Wigwam (“the scariest bar in Baltimore”), Nate’s & Leon’s and an unsuccessful effort to rename North Avenue “James Brown Boulevard.”

During his remarks, Waters revealed a trait he shares with the Parkway: “I’m 100 years old, too.” 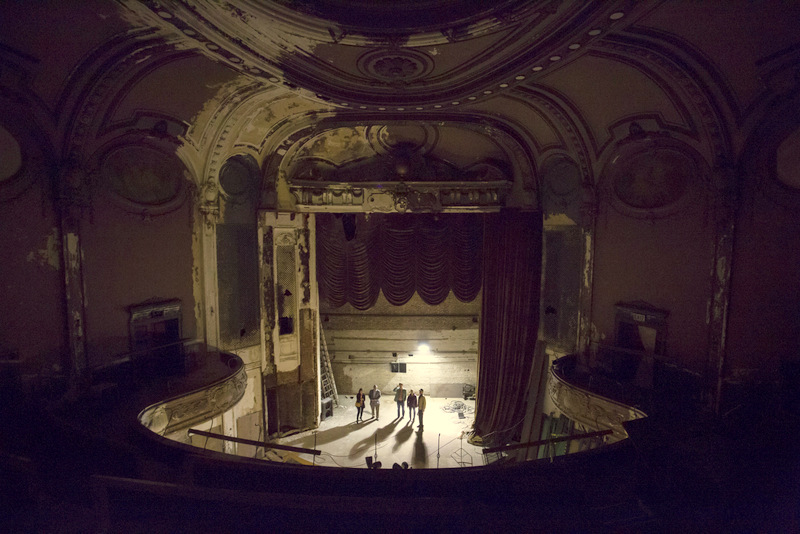 The ornate but water-damaged interior of the Parkway Theatre. (Jason Putsche Photography)