Sheila Dixon has been good to John Paterakis Sr.

Before her forced resignation as Baltimore’s mayor six years ago, Dixon was a key backer of the tax credits that paved the way for Paterakis to transform the land he owned near Little Italy into his Harbor East “luxury district.”

The developer’s $150-million Marriott Waterfront Hotel, for example, pays just $1-a-year in city property taxes under a deal approved by the Board of Estimates when Dixon was president of the board.

While serving as City Council president and mayor between 1999 and 2010, Dixon supported tax concessions called PILOTs (Payments In Lieu of Taxes) that saved Paterakis millions of dollars on his other Harbor East properties, including the Legg Mason Tower, and Four Seasons Hotel, that are valued at over $1.5 billion.

This year it was his turn to help Dixon, who is seeking to win back her former  job.

Finding herself trailing state Sen. Catherine Pugh in contributions in January, Dixon went to Baltimore’s premier political powerbroker seeking a loan to her campaign, according to informed sources.

The loan hasn’t come through so far, but Paterakis held a fundraiser for Dixon at his Marriott Hotel suite on February 8 that netted the former mayor at least $130,000, The Brew has determined from a review of state election board records.

The fundraiser was instrumental in boosting Dixon’s fundraising total above the amount raised by Pugh during the January-15-to-March-15 reporting period.

The money advantage gives Dixon an edge in television and other spending as she runs neck-and-neck with Pugh, according to opinion polls, and ahead of the other candidates. And the favors that Paterakis has bestowed could be persuasive as H&S Properties seeks city approvals for a new phase of construction, which has jumped across Central Avenue and has a number of big projects in the works.

How did the 87-year-old patriarch manage this feat of lightning-quick fundraising?

Essentially, by calling on friends and family who have been involved in his rise to influence, first as president, chairman and CEO of H&S Bakery, supplier of buns to McDonald’s and the nation’s largest privately-owned bakery, then as the developer of Harbor East, which became the source of his second fortune.

In other words, Paterakis, nicknamed The Bread Man, raised cash for Dixon by following his trademark style of using “other people’s money.” 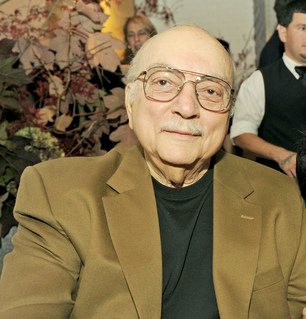 Maryland election law limits an individual or a company to contribute more than $6,000 to a political candidate during the four-year election cycle.

In his own name, Paterakis donated a mere $3,000 to the Dixon campaign in February, according to campaign records. But his extended family contributed $24,000 in cash, and Charles “Chuck” Paterakis, his son, footed the bill of $5,246 for food and drinks at the fundraiser.

Chuck and his three brothers (who all work for H&S Bakery or H&S Properties Development) wrote checks totaling $9,000 to the Dixon campaign, campaign records show. Another $3,000 was made out in the name of M.O.R. Snowden Square LLP, a Paterakis entity established by H&S attorney George Philippou.

On the night of the fundraiser, Smith wrote a $3,000 personal check to Dixon and a second $3,000 check from Gerstell Plantation LLC. (The latter is affiliated with Gerstell Academy, a private school established by the Smith family in Carroll County.)

Smith’s sons, Alexander F. Smith and Eric G. Smith, kicked in $6,000 more. The grandsons of the elder Paterakis stick close to the base of family operations. They operate Azumi, a Japanese restaurant at the Four Seasons Hotel, and Ouzo Bay, a Greek restaurant located in Harbor East next to a branch of Harbor Bank of Maryland (where Paterakis Sr. has sat on the board of directors since 1982).

The February 8 fundraiser was co-sponsored by Maurice “Mo” Wyatt Sr., 73, who has a long and colorful history as a fixture in state and city politics.

Wyatt was chief of patronage under Gov. Marvin Mandel where he wielded considerable power over judicial appointments. After leaving state government, he was convicted of three counts of bribery for his role in a scheme to help developers bribe the late City Councilman and judge, Allen B. Spector, to get around a state-imposed sewer moratorium.

RESPONSE FROM PATERAKIS: “He’s not available,” John Paterakis’ secretary told The Brew when we called seeking information about his fundraising efforts on behalf of Dixon. Mo Wyatt also did not respond to a telephone message to his Glen Burnie office. A staffer said, “I was unable to get to him.”

RESPONSE FROM DIXON CAMPAIGN: Sheila Dixon’s campaign manager, Anthony Jones, said he is not yet prepared to respond to our emailed questions about the February 8 fundraiser.

At the Marriott Hotel fundraiser, Wyatt did not contribute to the Dixon campaign directly. Instead, a $3,000 check was drawn from GGC-Baltimore LLC, a Wyatt-controlled company that owns the land and building containing the Gentlemen’s Gold Club at 5801 Pulaski Highway.

He chipped in another $500 through GGC Investments LLC, which lists the adult club as its principal address. 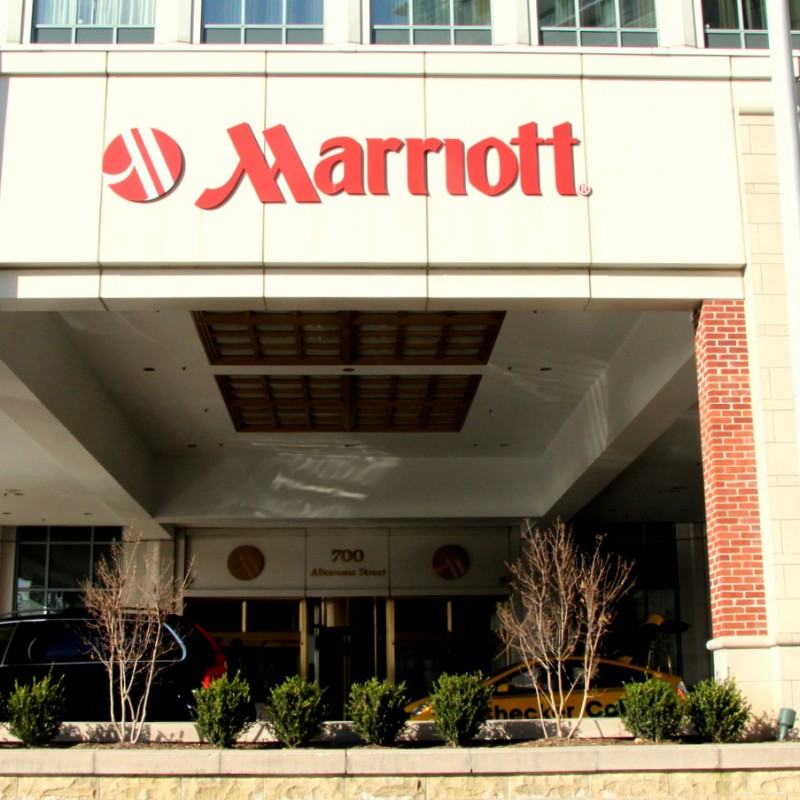 The Dixon fundraiser took place at Paterakis’ suite in this Harbor East hotel. Below, Sheila Dixon at a recent mayoral forum. (Mark Reutter above; Fern Shen below) 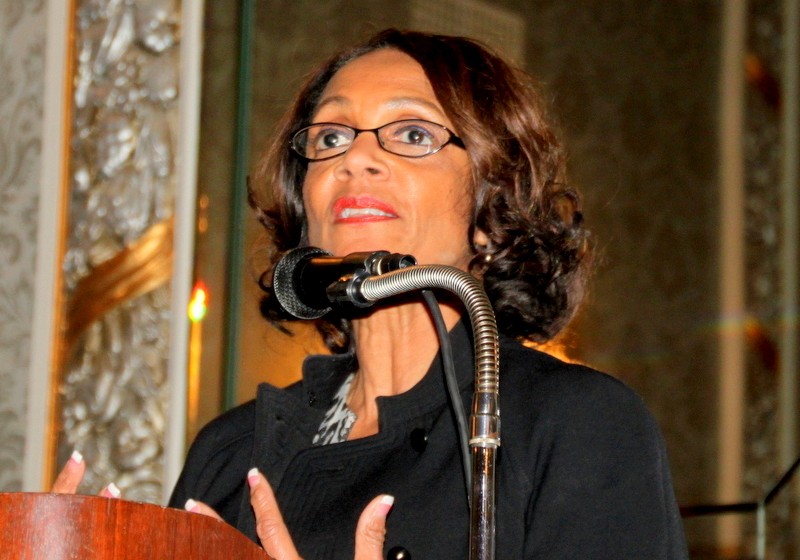 After Dixon came calling in January, Paterakis not only lined up his family, but put together a short list of people (business associates, developers and members of the Greek community) to solicit for contributions. Mo Wyatt also made calls to his associates.

One recipient said he was shocked when he heard the senior Paterakis’ voice on the line. “This must be serious. He’s personally making the calls,” he told a friend.

Paterakis is famously tight-lipped about speaking to the press about his political activities. He did, however, defend his participation in local elections to Baltimore Sun reporter Bill Zorzi in 1997.

He said his donations were not an effort to influence officeholders to look favorably on his real estate projects, but rather a way to help friends. “Over the years, you establish a friend. How can you turn them down? The trouble is I got too many of those people who are my friends,” he said.

So far in this city election, however, the elder Paterakis has not contributed to any other mayoral candidate, though he has reportedly been approached by several of them. Nor have members of his family.

(SIDE NOTE: Between March 7 and 10, four family members and Mo Wyatt’s GGC-Baltimore did funnel $9,000 in campaign contributions to Sean Flanagan, according to state campaign records. A community leader in Canton, Flanagan is running in the City Council’s 1st District that includes Harbor East.) 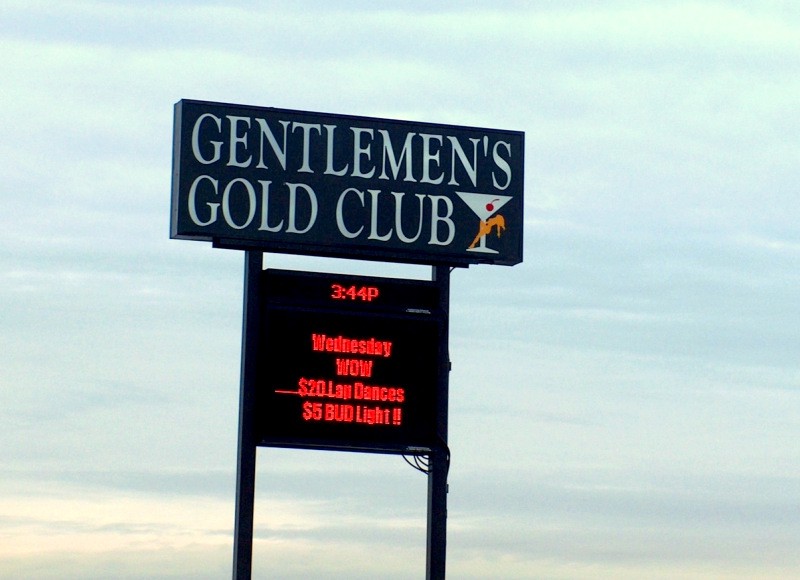 Below are examples of some of the companies and people who made payments to Dixon at Paterakis’s behest. Note that many of the donations come from limited partnerships that make the persons who actually contribute difficult to trace:

• $3,000 from BA Towson Green LLC. This is an affiliate of the Bozzuto Group, which is partnering with Paterakis on a $100 million high-rise at Central Avenue and Lancaster Street.

• $3,000 from PP&G Inc. Owner of Norma Jean’s strip club on The Block. The connection to Paterakis is through John Themelis. Themelis, a former circuit court judge, is the club’s lawyer; Paterakis is his daughter’s godfather.

• $3,000 from Pete Koroneos. The owner of the Broadway Diner, a favorite haunt of Paterakis, is also a partner with grandson Alex Smith in Ouzo Bay.

• $3,000 from Armada Hoffler. The Virginia Beach, Va., contractor built the Legg Mason Tower and other buildings for Paterakis.

• $3,000 from H&J Investments I. Listed as “forfeited” by the Maryland Department of Assessments and Taxation, H&J is a unit of Residential Title & Escrow Co. of Owings Mills that provides settlement services for H&S Properties.

During the Maryland prosecutor’s investigation that eventually won a conviction of then-mayor Dixon for misappropriating gift cards intended for the poor, Paterakis was indicted on two counts of campaign finance violations in connection with a secret $12,000 contribution to City Councilwoman Helen Holton.

A Paterakis partner, Ronald H. Lipscomb, pleaded guilty to conspiring with the developer and Holton in hiding the funds. Lipscomb had earlier been Dixon’s boyfriend. He purchased lavish gifts, including fur coats, for Dixon during the time she and the rest of the City Council were awarding lucrative tax credits for Paterakis’ Harbor East properties.

Paterakis pleaded guilty to the campaign finance violations and paid a fine of $26,000 in September 2009. The plea deal allowed him to avoid a possible penalty of one year in jail.

He was barred from making contributions to candidates in city elections until 2012, a prohibition that his lawyer told the judge that the Bread Man not only “agrees with,” but “embraces.”

Then, but not now.