The 260-foot-long Central Avenue Bridge, linking Harbor Point with Harbor East, and an adjoining streetscape project will cost $46.78 million under a contract approved yesterday by the Board of Estimates.

Allan Myers, a Pennsylvania construction company, was awarded the design-build contract for the first major new bridge in Baltimore in more than a decade.

The project comes amid a backlog of other roads projects in Baltimore.

To pay for the bridge, the city reallocated $35 million in federal funds originally earmarked for other construction. Those projects included the realignment of Boston Street between Canton Crossing and I-95 and a new bridge over Herring Run, replacing the badly deteriorated Harford Road bridge.

Originally planned to be completed in February 2016, the Harbor Point bridge is now expected to open in 2018.

About $6.6 million of the construction costs will be financed by TIF (tax increment financing) bonds awarded to the Beatty Development Group, Harbor Point’s developer, by the Rawlings-Blake administration.
________________
The Baltimore Department of Transportation, on social media, has called this story misleading and inaccurate.

So we asked spokeswoman Adrienne Barnes:

“Is the $47M cost of Central Ave Bridge cited in the article not accurate? Is the $35m in federal highway funds going for the bridge’s design and construction not accurate? Are not these federal funds coming from other projects slated for federal funding before city/DOT agreed to pay for Central Ave Bridge in 2013? If not the case, please explain where the federal money came from.”

“Federal funds are provided for capital improvement projects which this project falls under. It is typically an 80/20 split.

‘The money for Central Avenue/Harbor East was moved from a Construction Reserve Account for Central Avenue to an “Active Authorization for Use” Account, this action does not have an impact nor does it affect the Harford Road Bridge or other scheduled projects.” 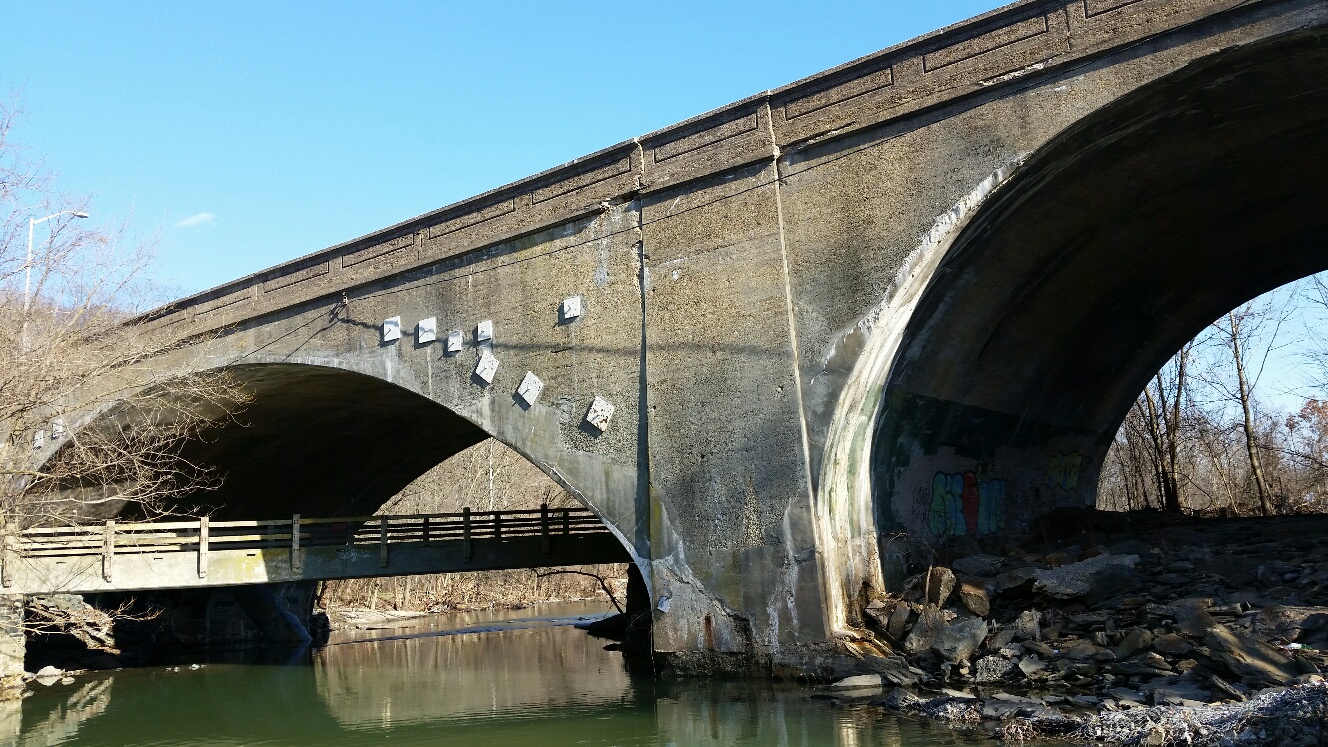 STILL WAITING: Replacement of the Harford Road Bridge over Herring Run has been planned for over 15 years. (Mark Reutter)