When mayoral candidate Sheila Dixon declared “I’m not through yet” on Election Night, it sounded like a face-saving promise of future civic involvement, coming as it did from a candidate who ended about 3,000 votes behind the front-runner.

But now the former mayor is sharpening those words, citing irregularities in the election and saying she concedes nothing to Sen. Catherine E. Pugh.

Pugh claimed victory the night of the Democratic primary and has been acting like Baltimore’s de-facto next mayor ever since.

Today Dixon said she is looking into legal strategies to challenge results that appeared to show Pugh with a small but definitive victory.

“There were many irregularities on Election Day and questions concerning the integrity of Early Voting. We’re seeking the official count,” Dixon tweeted to her followers.

“Let me be very clear: It’s not about how many votes shy I am. It’s about the facts,” she tweeted. “EVERY vote counts and thousands remain unaccounted for.” 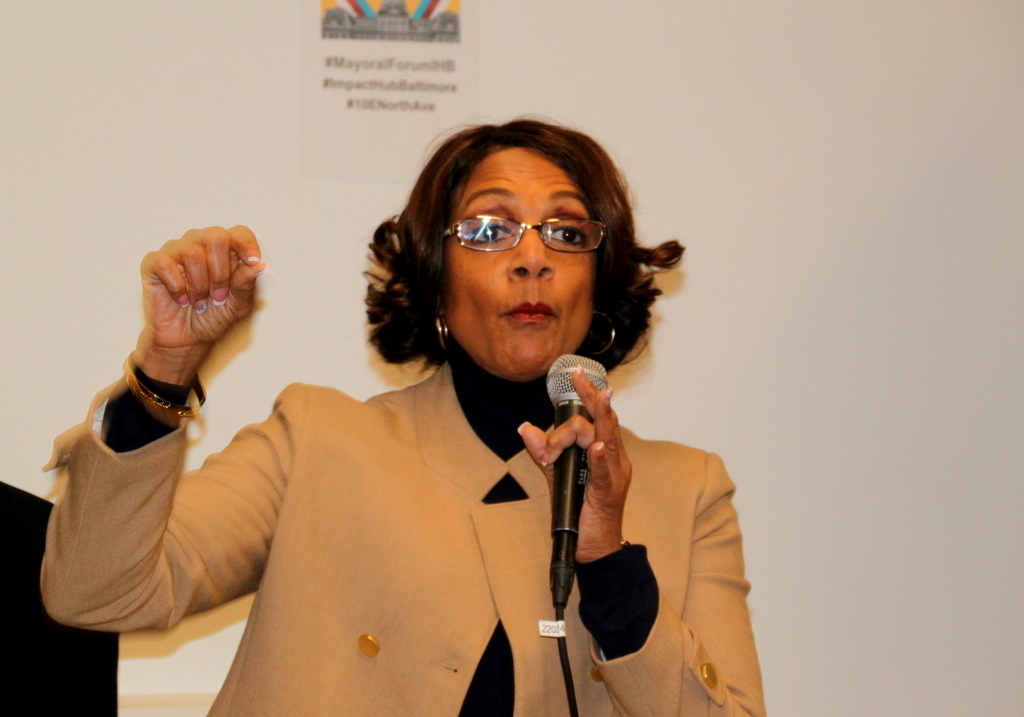 The complaints today came not just from the Dixon camp, but from activists and other candidates who pointed to everything from missing ballots to mailings that – incorrectly – said those with a felony conviction could not vote.

“This by all accounts is at best the messiest election that we have had in the city of Baltimore, and at worst there is malfeasance and incompetence on the part of the director of the Baltimore City Board of Elections,” said activist Cortly “C.D. ” Witherspoon at a news conference today outside the Election Board office downtown.

Fifth District candidate Betsy Gardner, who lost by 517 votes, and City Council candidate Kelly Cross, who also lost by a small margin  in the 12th District, complained about irregularities as well.

“The Board of Elections – at its own cost – should validate the count in the eight missing precincts by comparing the paper ballots against digital records,” Cross wrote in a statement released yesterday.

According to election officials, about 8,000 provisional votes and 3,800 absentee votes are still being counted. Armstead B.C. Jones Sr., head of the Election Board, disputes his critics’ charges and said the election was carried out properly by his staff.

But critics are pointing to a number of problems:

• Election officials acknowledged that data files with voting tallies from eight precincts went missing on Election Night and were not located for 24 hours.

• Amid complaints that a dozen polling places opened late on Election Day – and two of them opened more than an hour late – a Circuit Court judge ordered four polling places to remain open for an additional hour.

• Election officials acknowledged that, prior to the election, 34 people received incorrect notices saying that residents with past felony convictions who are still serving parole or probation are ineligible to vote, despite a recent high-profile change in Maryland law to the contrary.

• There were reports of several other problems, including a campaign worker mistaken for a judge and allowed to scan ballots, voters getting the wrong ballots, and election officials unable to work the new machines properly.

“It’s the cumulative effect of all these irregularities” that is disturbing, said attorney J. Wyndal Gordon, speaking at the news conference.

Jones has said his office will be able to release a final count of all votes and certify the election on Friday.