Over the next few days, The Brew is going to reprint some of the more powerful parts of “The Department of Justice Investigation of the Baltimore City Police Department,” released Wednesday.

“We found evidence that BPD supervisors have explicitly condoned trespassing arrests that do not meet constitutional standards, and evidence suggesting that trespassing enforcement is focused on public housing developments.

A shift commander for one of BPD’s districts emailed a template for describing trespassing arrests to a sergeant and a patrol officer. The template provides a blueprint for arresting an individual standing on or near a public housing development who cannot give a “valid reason” for being there—a facially unconstitutional detention.

Equally troubling is the fact that the template contains blanks to be filled in for details of the arrest, including the arrest data and location and the suspect’s name and address, but does not include a prompt to fill in the race or gender of the arrestee. Rather, the words “black male” are automatically included in the description of the arrest. The supervisor’s template thus presumes that individuals arrested for trespassing will be African American.” 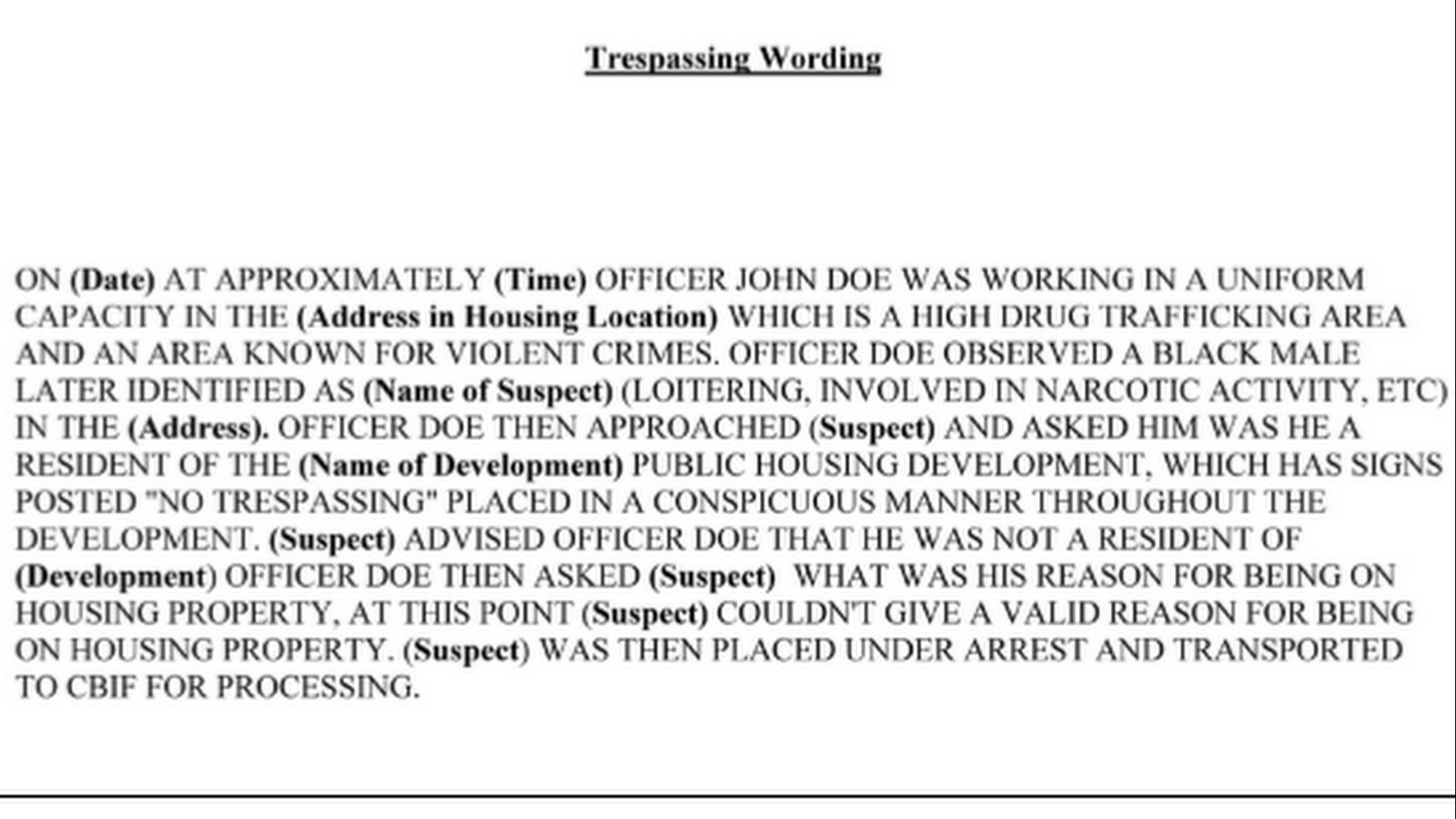