The epicenter of last year’s civil disturbance in West Baltimore is to become the subject of a half-million-dollar consultant’s study on how to improve safety, landscaping and traffic flow.

Today the Board of Estimates approved $447,527.97 to a Hunt Valley engineering firm to provide design services for improvements to the intersection of Pennsylvania and North avenues.

It was at this location where hundreds of demonstrators faced off against police and National Guard during tense confrontations, arson and looting following the death in police custody of Freddie Gray in April 2015.

Bounded by a ransacked CVS pharmacy, a string of dilapidated rowhouses and one seeming island of stability, the neighborhood branch of the Enoch Pratt Library, Penn-North was memorialized in the eyes of the world as a riot zone in the wake of coverage by CNN and other media.

The intersection’s issues predate the protests and rioting, and the study authorized today will deal strictly with roadway design.

The intersection, which handles heavy surface traffic as well as a below-ground Metro station, will be redesigned with an eye toward landscaping, improved safety, and better storm water and sediment control.

Among the planned new features: pedestrian bump-outs and traffic signals, according to Adrienne Barnes, a spokeswoman for the city Department of Transportation. 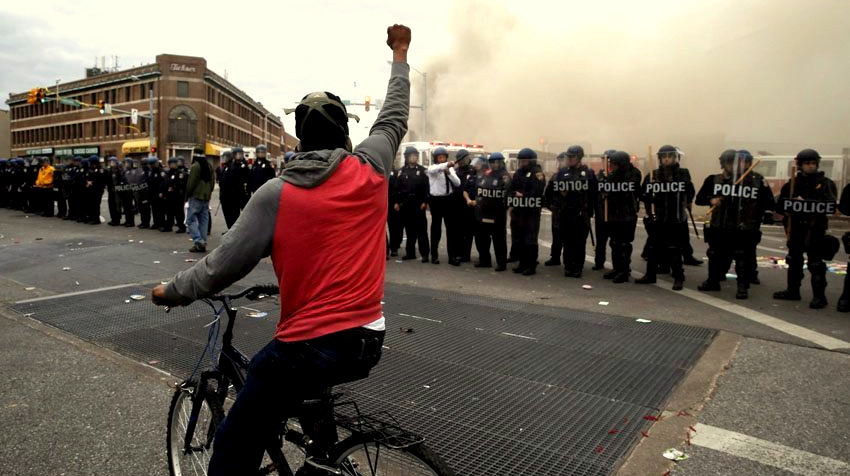 A demonstrator raises his fist at a phalanx of police at Pennsylvania and North avenues in April 2015. The Metro subway station is below the metal grate. (youthkiawaaz.com)

In addition, consultants Century Engineering will conduct a “bicycle compatibility assessment and waiver, if necessary,” according DOT’s description to the spending board.

One issue is that Penn-North is within the limits of the “North Avenue Rising” TIGER grant, which mandates dedicated bus lanes as part of a federally-funded rebuild of the entire east-west thoroughfare.

Barnes said the consultant will look at modifications to the intersection for bicycles after the scope of the dedicated bus lanes is finalized.

All of this will take time.

DOT is giving Century Engineering two years to complete the study. After it reviews the design, the agency will set out bid specifications, advertise the project for construction and select a winning contractor.

Typically, 10 months or more is required to complete the contract bidding process, then another six-months-to-a-year is needed to finish a major project. (This estimate is based on The Brew’s review of dozens of DOT road contracts, including the Roland Avenue streetscape repave that stretched across four years from contract award to completion – and nearly doubled in cost.)

In short, improvements to landscaping and safety at Penn-North are not likely to come about until 2019 or 2020. 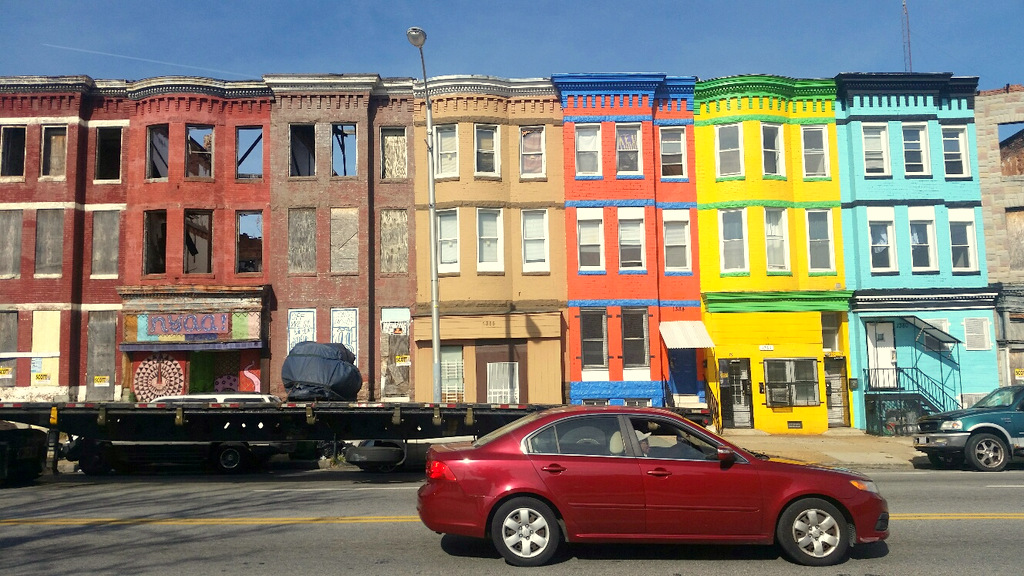 Rowhouses on North Avenue, as seen today a block east of the Penn-North intersection. (Mark Reutter)