On the first day of early voting for the 2016 General Election, voters filled the hallway at the League for People with Disabilities, one of six sites available in Baltimore for those who want to vote before Election Day on November 8.

Election officials on hand at the site, at 1111 East Cold Spring Lane, said the wait might be two hours long.

For the first time, same-day voter registration is being permitted during early voting. To register to vote, residents must bring a document that proves that they live in Maryland.

State election officials expect a heavy turnout overall, due in part to the high-profile face-off for the presidency between Democrat Hillary Clinton and Republican Donald Trump.

Baltimore residents will be voting not just on a successor to Barack Obama in the White House, but for a candidate to fill the seat of retiring U.S. Senator and hometown icon Barbara A. Mikulski.

(Yesterday’s debate between the Democratic nominee for that seat, U.S. Rep Chris Van Hollen, and the Republican candidate, Del. Kathy Szeliga had a surprise visit from Green Party candidate, Dr. Margaret Flowers. Police hustled Flowers out of the University of Baltimore auditorium and the event resumed.)

Also on the ballot for Baltimore are local races including for Mayor, City Council President, Comptroller and for the 14 City Council district seats.

Question I would require biennial audits of certain city agencies. 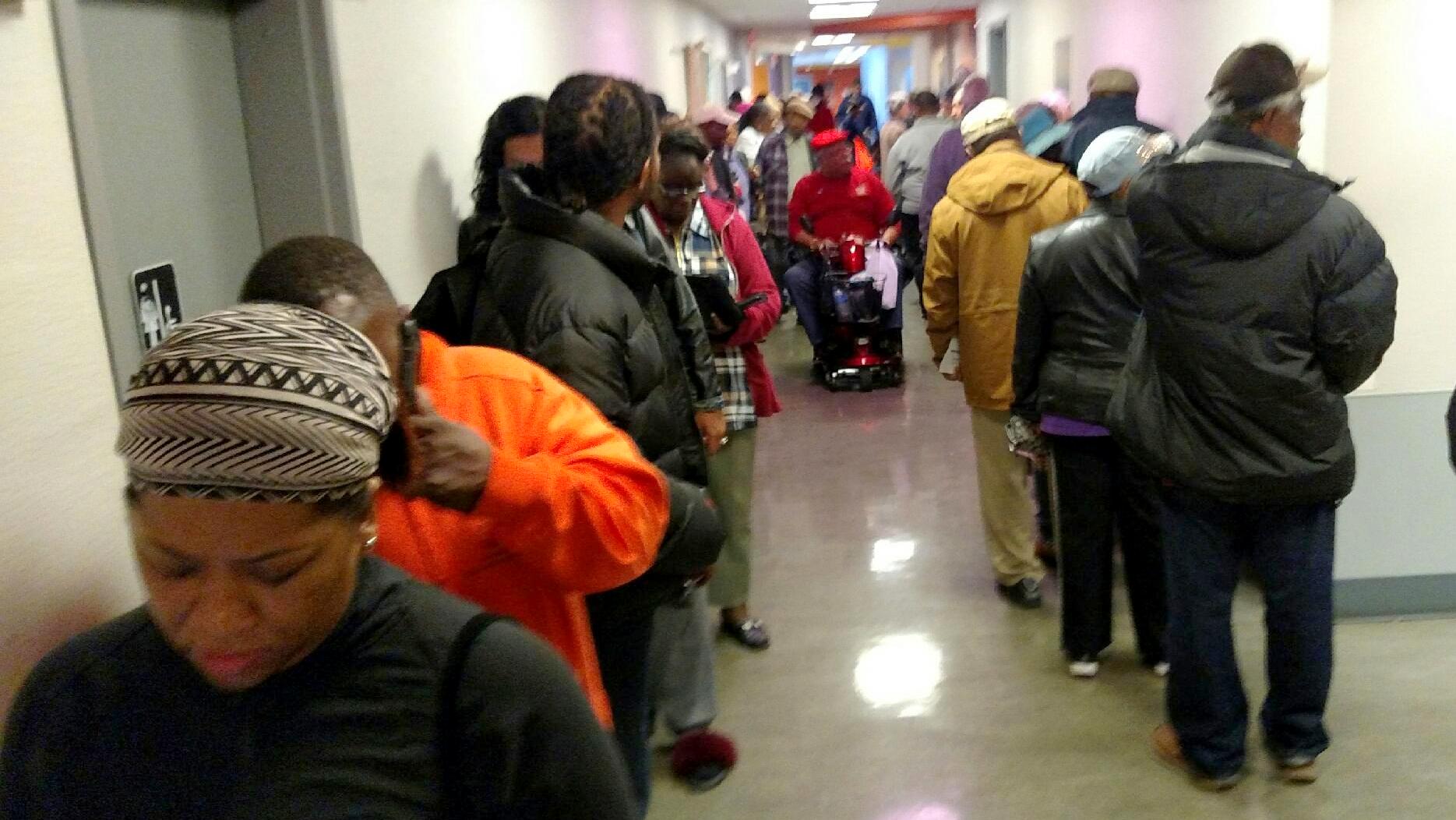 As with the primary, early voting in Baltimore for the General Election appears heavy. (Francine Halvorsen)

Early voting continues today through next Thursday, Nov. 3, at polling locations around the state. The polls are open from 8 a.m. to 8 p.m.