The last day of what promises to be epic early voting in Maryland was a hive of activity at the 1111 East Cold Spring Lane site, with a 1-2 hour wait to vote, parking at a premium and traffic backed up at times in both directions.

Incumbent Councilman Bill Henry pulled up in his car, giving a volunteer a lift. A cream-colored stretch limo cruised by. Pedestrians dashed across the road when they could. A driver trying to pull out rolled down her window and said to no one in particular:

“Why don’t they have someone directing traffic!”

At the gas station across from the voting site, a tow-truck driver parked near the pumps was asked if he was hired by one of the businesses to clear their parking lot.

“I’m the owner of one of the businesses, and I can’t even find a place to park!” said David Pointer, who runs the auto repair operation at the gas station.

Pointer said early voting days are always crowded and chaotic near his workplace.

“But I guess I wouldn’t really complain about it,” he said. “It’s a small price to pay for having our democracy work.”

Voting, then off to the Hospital

Early voting continues today until 8 p.m. at Maryland’s 67 early voting sites – six of which are in Baltimore.

Voters in Baltimore and across the state are flocking to the polls in record numbers. Election officials say state residents this year are on a pace to more than double the number of Marylanders – 430,500 – who took advantage of early voting during the last presidential election in 2012.

The hallways were jammed yesterday, as was the room where people with canes, wheelchairs, walkers and the like were being accommodated more quickly. Permission to vote couldn’t come soon enough for one woman, who sat in a chair clutching her distended abdomen in obvious distress.

“I’ve been having complications from fibroids,” the woman said, explaining that she was headed to the hospital after voting.

You’re a pretty dedicated voter to come in when you’re feeling this bad, a reporter remarked.

“I wanted to get it done now,” she said, “because who knows if I’m going to have to stay in the hospital or what’s going to happen. I didn’t want to miss voting.” 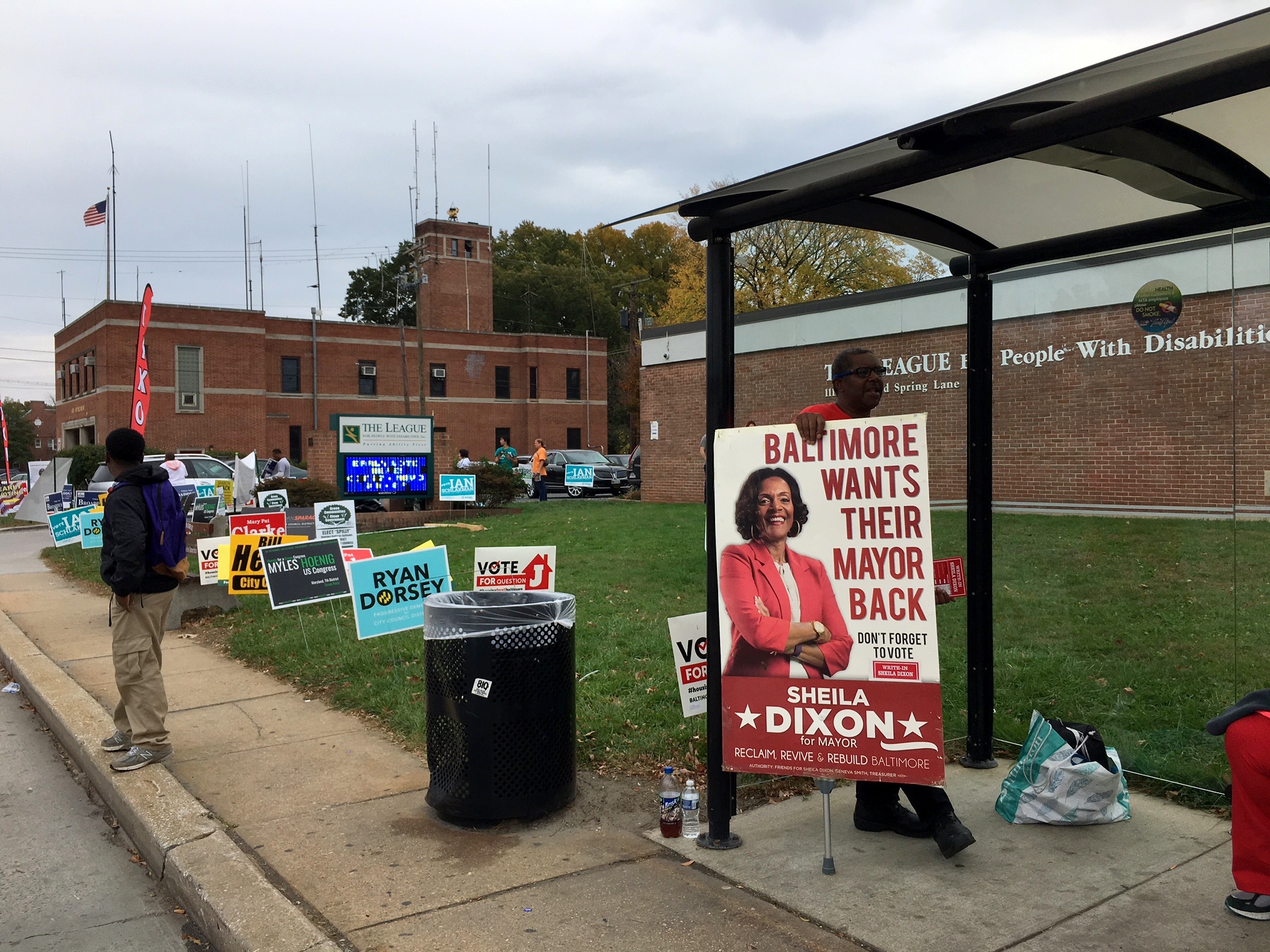 The scene on East Cold Spring Lane this afternoon on the last day of early voting. (Fern Shen)