The same escalator in Baltimore’s Penn Station that was broken for more than nine weeks in May is down again, blocked off all last week, commuters report.

Without the escalator, thousands of daily passengers on Amtrak and MARC Penn Line trains have only one way up from the platform: a single flight of stairs and one small elevator.

For city resident Scott Klinger, the situation is not just an inconvenience but a safety hazard.

“I take the evening express train from D.C. and it has taken more than 10 minutes for people disembarking off that train up the single flight of stairs,” he said. “It is also not safe as they have the escalator physically blocked, limiting passengers to only one means of exit in the event of an emergency.”

Irritated that no one seemed to be working on the escalator all week, Klinger said he asked about the broken elevator at the station’s information desk.

“They rolled their eyes and said Amtrak is trying to find a contractor,” he said. “It didn’t give me much hope this would be an easy process.”

Klinger said he submitted a complaint to Baltimore’s 311 service and was told “they will inspect within 15 days.”

Amtrak spokeswoman Chelsea Kopta, contacted by The Brew this morning, promised to provide a response. This story will be updated.

The following day – Wednesday, 11/16/16 – Kopta informed The Brew the escalator was back in service. Passengers confirmed it was true. 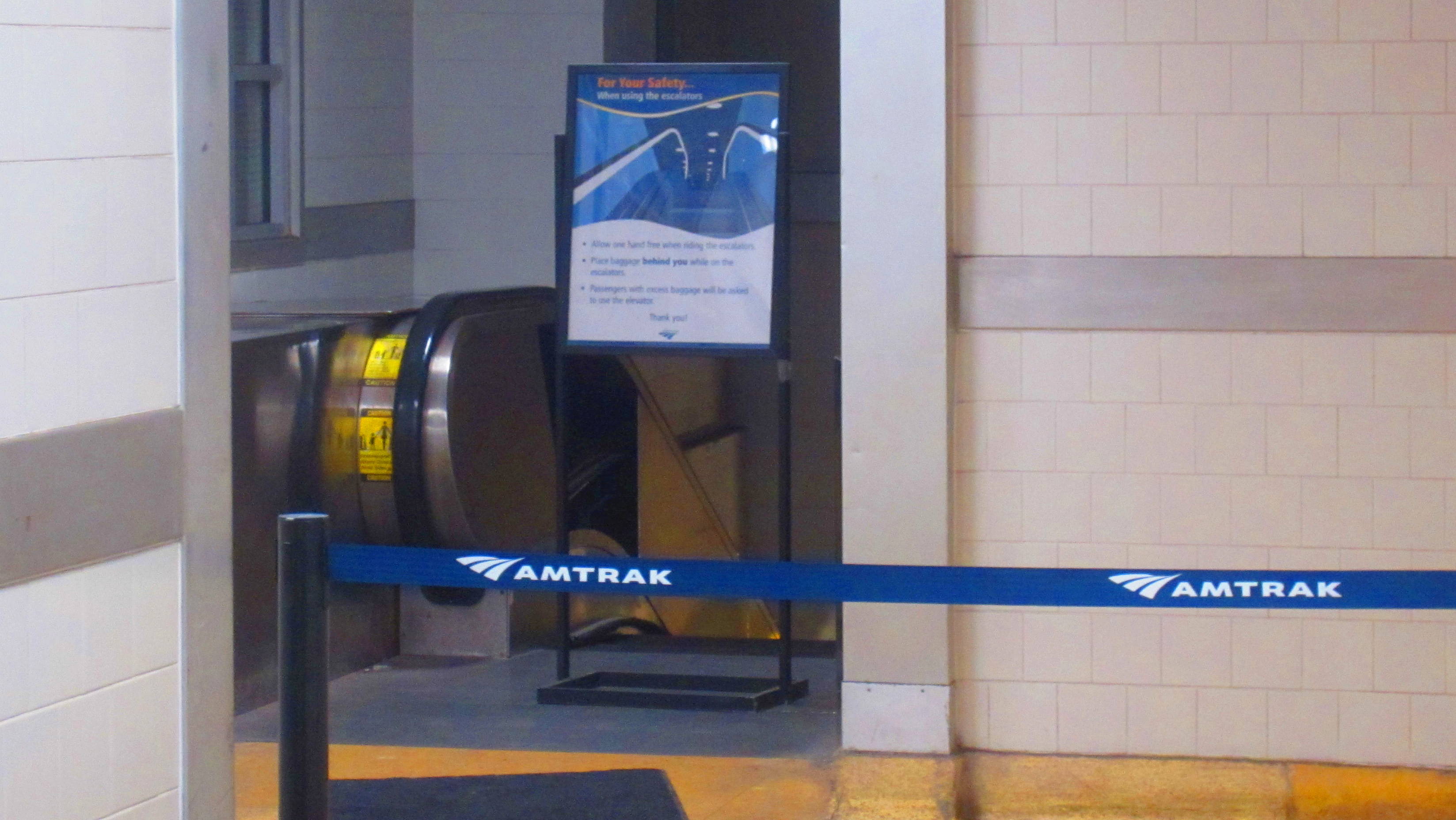