One day after The Brew reported on a passenger’s complaint that the escalator at Baltimore’s Penn Station had been out of service for a week – after being shut down for more than two months last spring causing safety concerns –  it is working again.

We received word from Amtrak spokeswoman Chelsea Kopta today that the escalator “is back in service” for passengers exiting on Platforms 4 and 5 to go up to the main lobby level.

“Our primary concern is public safety,” Kopta told us. “We understood the urgency of making the repairs and worked closely with the contractor responsible for maintaining the equipment to restore service as quickly and efficiently as possible.”

Brew reader Scott Klinger, who commutes to Washington every day and first contacted us, hadn’t sensed much urgency.

He told us last week that the escalator had been out of service for days, and no work was being done on it. He said it had been blocked off, so that passengers weren’t even able to use it as a stationary staircase.

Forced to use the platform’s single staircase or one small elevator, train travelers had to wait for many minutes to reach the lobby floor.

Klinger sent an email with yesterday’s Brew story to the Baltimore’s Office of the Fire Marshall – firemarshal@baltimorecity.gov – with the subject line, “Dangerous Blocked Exits at Penn Station.”

“The escalator on track four and five at Baltimore Penn Station has been blocked for more than a week,” Klinger wrote. “This leaves one means of egress from the platform to the station lobby, in violation of the fire code. It doesn’t appear that Amtrak has made any moves to fix the problem.”

“I hope your office can get after Amtrak to expeditiously fix this problem before nine weeks go by like last time it was broken,” he wrote. “If there were a problem that required a [swift] evacuation from the track, this situation could cause many people to be needlessly harmed.”

Klinger got a reply, but not the one he’d hoped for. 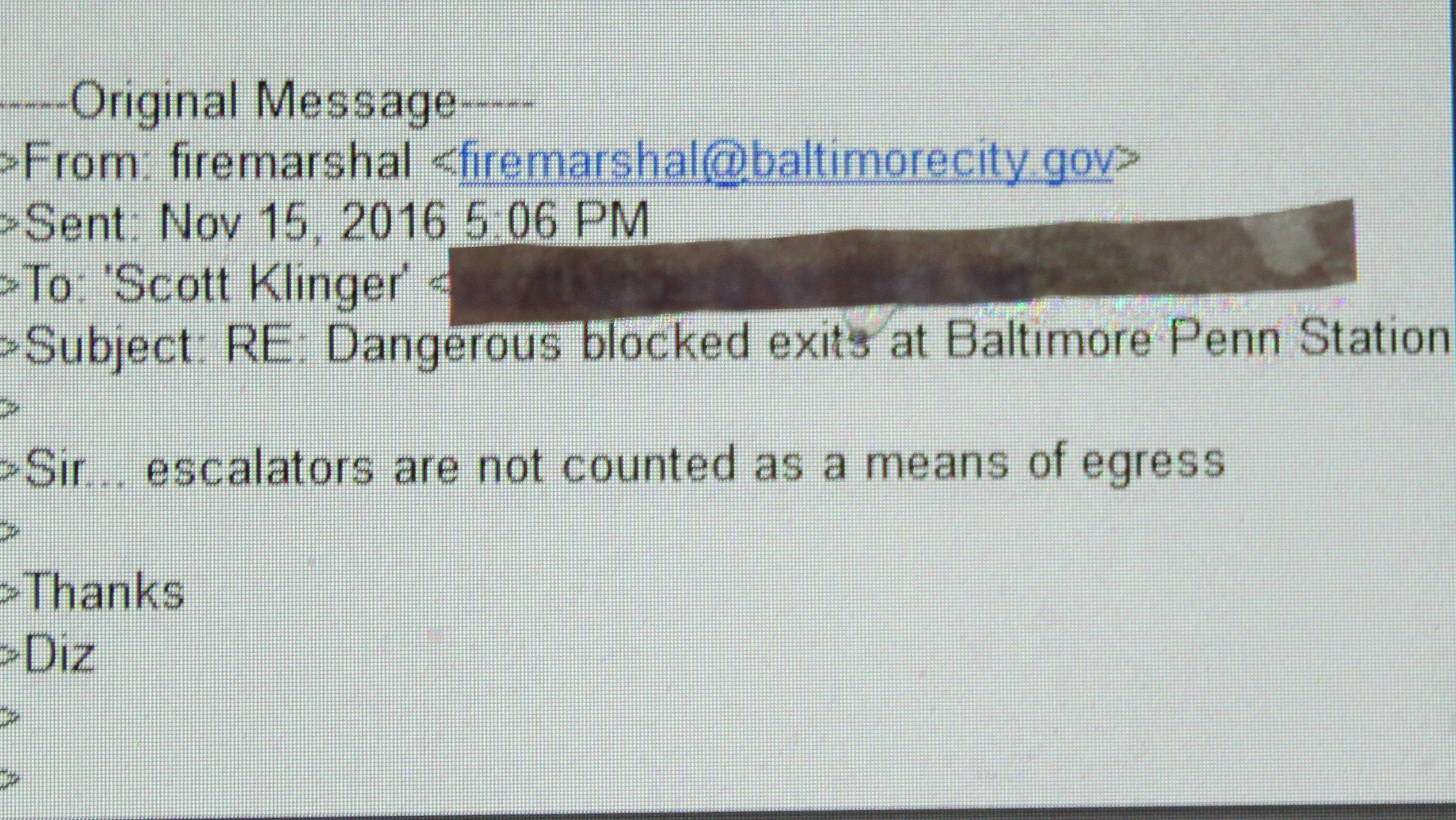 Klinger said he has no idea who “Diz” was, but was incensed by the “we don’t care” response.

He sent back this angry reply: