A City Hall gathering last night – held at a weird hour, 8 p.m. on a Thursday – was dubbed by Mayor Catherine Pugh “a call to action” for Baltimore.

Reporters were alerted to the event with emails from an anonymous address that in our case arrived only 30 minutes before the meeting was to start:

“Just a heads up. . . Mayor Pugh has called a ‘secret’ closed door meeting on crime for tonight at 8:00P at City Hall! Yal may want to be there to see her ‘crime crew’ and plan?!”

Led up to the fourth floor, reporters got to see a room full of people organized into small discussion groups, Pugh walking among them, touching an elbow here, resting her arm on a shoulder there.

“I need you to sit here and do this with me, I can’t just do it alone,” she said in remarks addressing all of them, audible to a reporter held at the Curran Room’s doorway.

Earlier in the day, City Council members had their own unique event for the media – a bake sale to raise about $100,000 for bus passes after the MTA cut back the hours when city students could ride free to after-school activities. 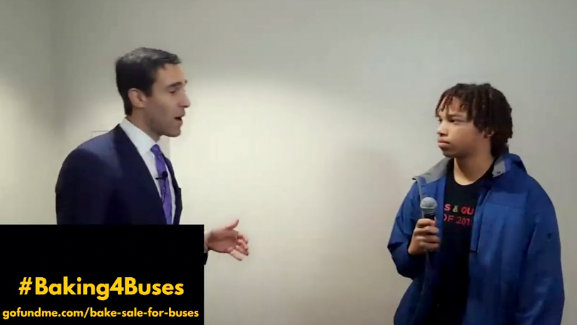 “So what brought you out here today?” Cohen asks student David Hall, handing him the microphone as he faces the Internet audience.

“I want to call attention to the issue. . . transportation is like the key to everything,” Hall replies, explaining the problem he faces when he gets out of work at around 6 pm.

“That’s when the Charm Card shuts off,” he says. “I can get stuck out there unless the bus driver is generous enough to give me a ride.”

Throughout the broadcast, Cohen smoothly shared microphone time with other members (“We are joined by Councilman Kristerfer Burnett representing the amazing 8th District!”) and urged viewers to visit the gofundme page to make a contribution.

When the voters last year gave Baltimore eight new Council members and selected someone other than incumbent Stephanie Rawlings-Blake as mayor, 2016 was called a year of unprecedented political turnover.

Pugh worked the room with a low-key warmth, fervent yet not portentous, in contrast to her standoffish predecessor. 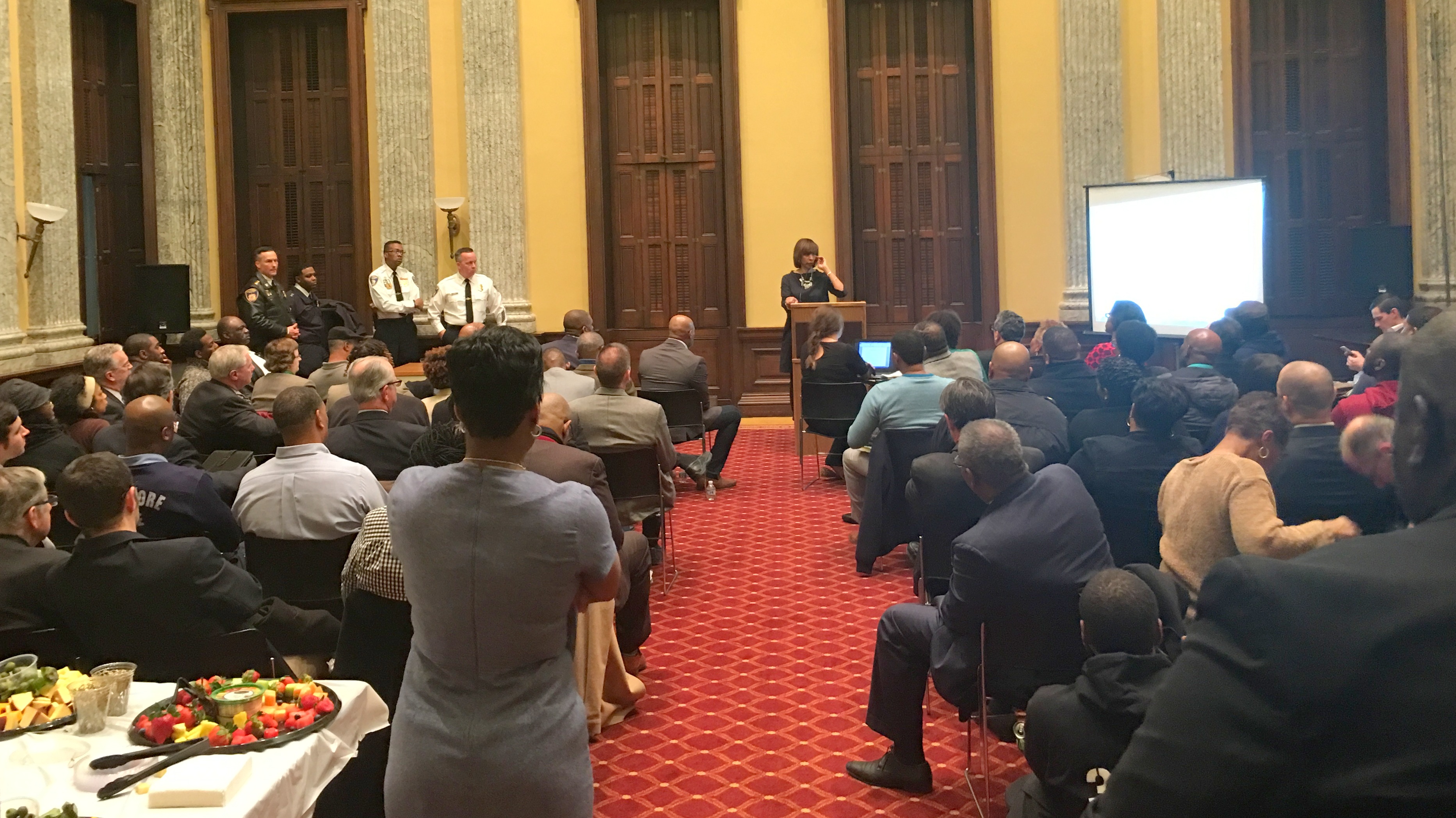 The Council’s #baking4buses event, publicized and presented through social media, represented an even more dramatic departure from the past.

Crowdfunding, creating a hashtag and using Facebook’s live video capability may seem like Social Media 101 to many.

But for the prior Council, whose representatives in several cases dated back to the pre-Internet 1970s, such a campaign would have been unheard of.

“Mmm, it tastes like freedom and mobility,” a hoodie-clad Councilman Ryan Dorsey said to the Sun’s videographer, chomping on a Rice Krispie treat.

“It tastes like opportunity that really doesn’t cost us much proportional to all the other things that the State of Maryland wants to spend money on,” Dorsey said with a grin, warming to his pointed simile.

According to the mayor’s director of communications, Anthony McCarthy, Pugh got the idea on Monday to call people together for what was going to be a small planning meeting to discuss the continuing high rate of crime and violence that has terrified residents in many neighborhoods. 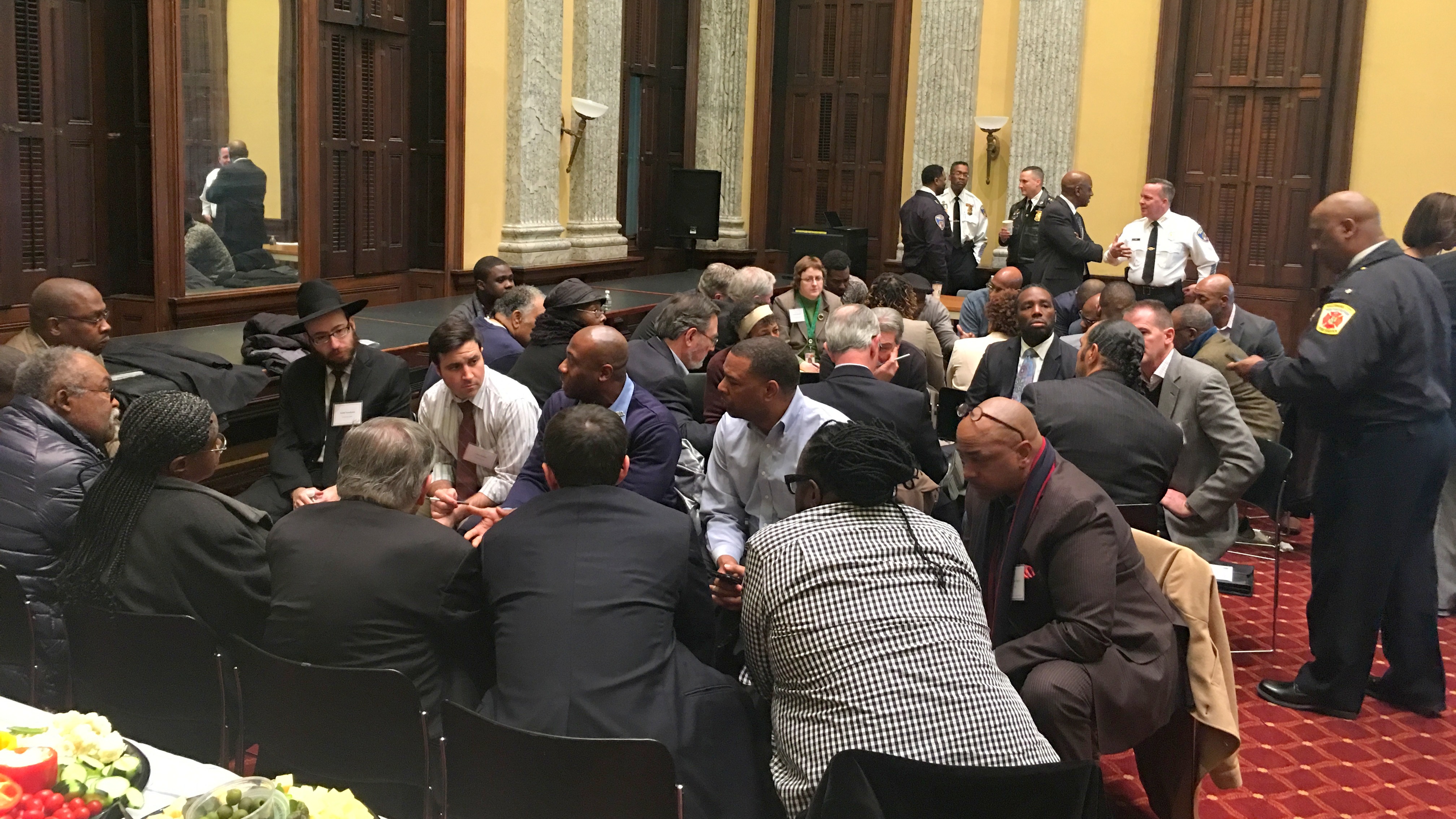 Groups discuss how to stop the killings and heal troubled communities in Baltimore. (Fern Shen)

When Pugh wants to convey her reaction to the bloodshed these days, she references the January 10 execution-style shooting of a man sitting in an East Baltimore barber shop. She did it again last night.

“Anytime people feel comfortable to walk up in the daylight and shoot people – that’s just, like, slaying people – that says to me that you don’t value life in our city,” she said, speaking outside the meeting room to a couple of reporters.

“We don’t see crime going down. We see shootings every day,” she said. “It’s got to stop.”

After the breakout sessions, each group leader read their list of ideas: more mentors in high-risk areas, getting “relatable people” to work with ex-offenders, more reliance on proven community leaders “who have invested tangible sweat and tears” into making their neighborhoods better. There were many others. 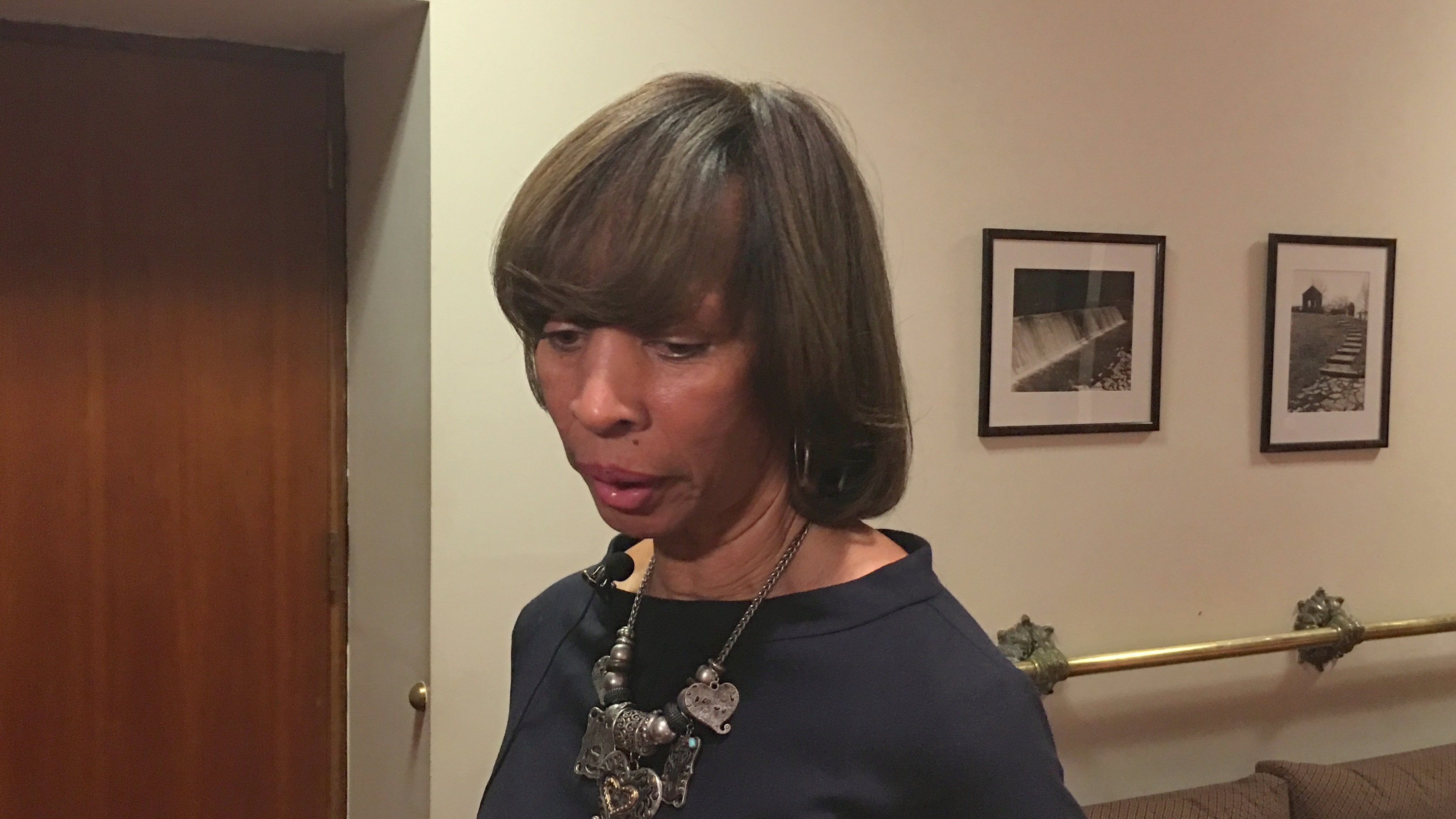 “It’s got to stop,” Mayor Pugh said about the  homicide toll in Baltimore. (Fern Shen)

Pugh was asked if there were any new ideas floated.

“What I heard was commitment,” she answered. “Commitment to bring people together. Willingness to participate in solutions.”

Her comments on battling the continuing homicide spike come at a challenging moment – just as a federal judge is overseeing the final negotiations over a Department of Justice consent decree designed to correct unconstitutional police practices that its investigators say have been ingrained in Baltimore for decades.

“I want to approach people in our communities in such a way that they know that we love people and we care about them,” Pugh said.

“I do not want people to feel intimidated. . . I want them to know that we’re not there always to address crime. We’re there to help people solve the unemployment, the homelessness issues, all of those things. ”

As Pugh was tallying ideas, Council members were adding up dollars.

The bus pass policy, the result of an agreement between the MTA and the city school system that took effect this year, has been a top priority for some Council members since they were sworn in early December. 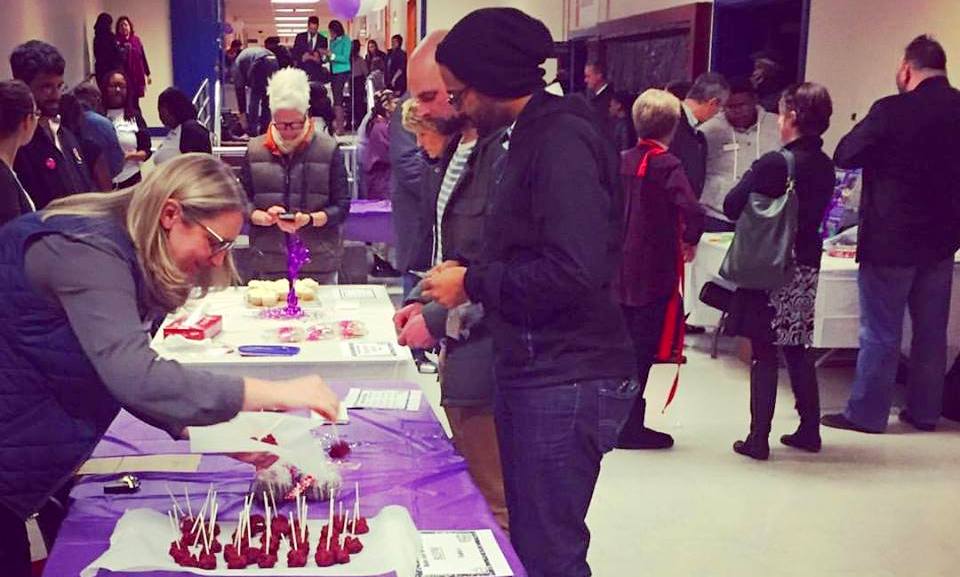 They have pleaded with Hogan to reverse the shorter bus-pass policy agreed to under previous Schools CEO Gregory Thornton.

This year school officials have come up with funding for (and struggled to implement) bus passes for students participating in school-related late activities. The bake sale fundraising is intended to cover the shortfall of funds.

In the meantime, thousands of students are unable to get home from after-school activities, community service work, family obligations and jobs, critics of the policy say.

Among the Council members speaking out last night were John Bullock and Mary Pat Clarke in addition to Cohen, Burnett and Dorsey. Sharon Green Middleton and Leon Pinkett were in the audience.

Parents, including Shantay Guy, also lambasted the governor and MTA.

Guy recalled a packed January 5 hearing where students testified about having to give up on tutoring sessions, college prep classes, athletic activities and more because of transportation problems.

Guy and and other parents, she said, have gotten no response from Hogan. She noted that they asked particularly sharp questions about the fact that the MTA is spending $45,000 to put Baltimore Ravens quarterback Joe Flacco’s image on city buses.