Toddlers clutched beloved balls and blankets, while moms shared tearful hugs with staff, stunned to learn late on Friday that “a pillar of our community,” as one parent described it, would be shut down as of today.

The Pleasant View Day Care Center, which claims to be the only facility that directly serves public housing families in East Baltimore, has lost its lease to operate in a building that was assigned to the Living Classrooms Foundation by the Housing Authority of Baltimore City (HABC).

The foundation, which receives millions of dollars in city grants, says it has more desirable plans for the property – to rehab it into a state-of-the-art child development center along the lines of the “UA House” opened with contributions from Kevin Plank and Under Armour.

As part of the property’s takeover, the Y in Central Maryland has been designated as the Head Start operator, with the revamped building scheduled to reopen sometime in September.

“My goal is not to have any acrimony and to serve the community as best as we possibly can,” Living Classrooms president and CEO James Piper Bond said today.

Others say the community is not being well served by the closing of the day care center.

“What now happens to the children left behind by this closing,” asked Sonya Jackson, the center’s licensee. “For some, there may not be a meal coming today.”

Elise Moses, who has been director of the day care center for the last 18 years, said the methods used by Living Classrooms were heavy-handed and disruptive.

“I’m not understanding why there couldn’t have been a better collaboration by Living Classrooms if you’re talking about helping folks in the community. You couldn’t get your heads together for the sake of the children who are now caught out there?” 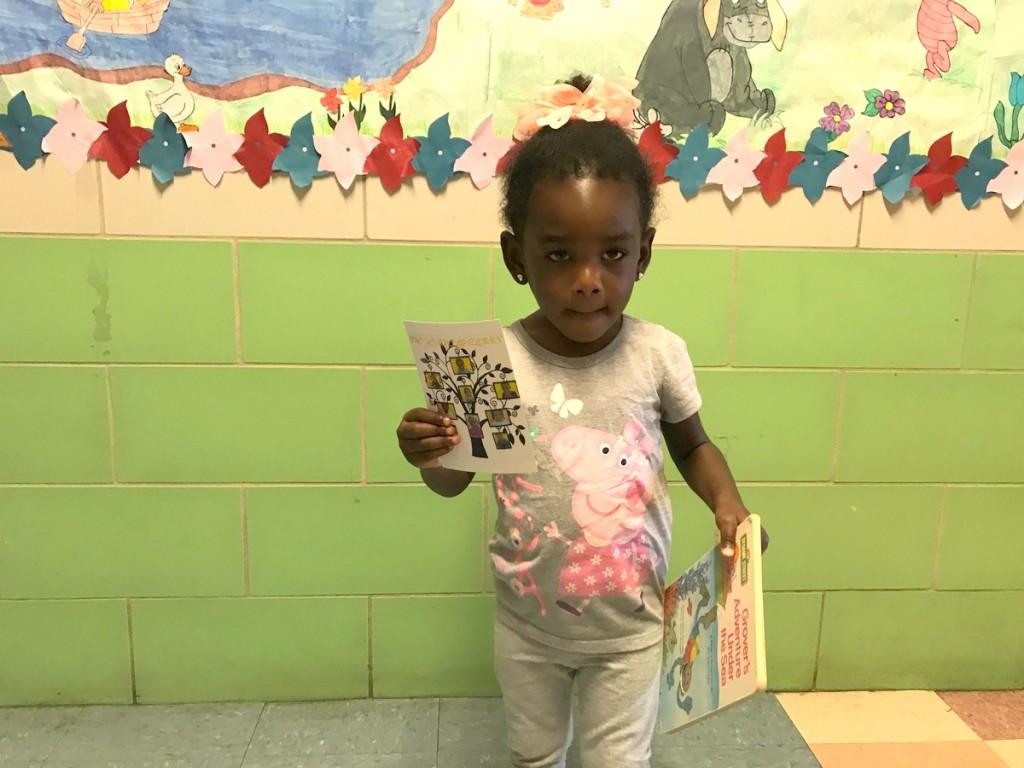 On the last day of day care, Ava Crossgill, 2, holds up a family tree of the other toddlers she played with at Pleasant View. (Mark Reutter)

Jackson says that as many as 95 children have been left in the lurch by the lease termination, a contention that Bond vigorously disputes.

“There are not 95 children there. I don’t think we’ve ever seen more than 40 there on a day,” he said. “We have a whole community engagement team. We’ve been working already with family members about transition. There are six other child care providers within a half mile, so there need not be any stopping of services over the next month. In fact, anyone over [age] 5 can go into our summer program, which is free.”

A dozen parents and staffers interviewed by The Brew said they were given no information by Living Classrooms about other day care providers in the area.

There’s been no material distributed as to what children would be eligible to enroll in the future Head Start program. (Bond said there would be “a handful of children” too young to qualify for Head Start admission; day care director Moses put the figure at 23 children.) 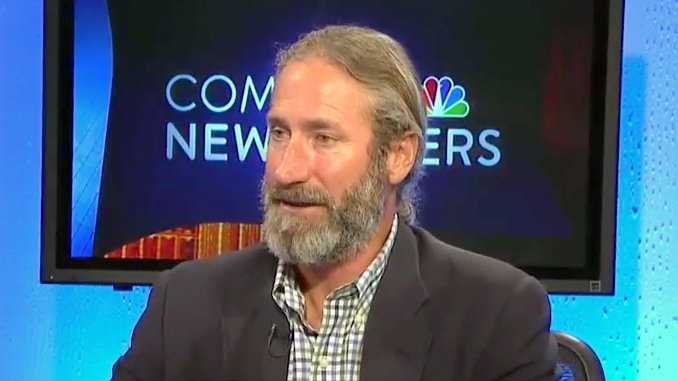 “So this is how they treat us – with no respect, no dignity,” asked Laquiane Spence angrily, as she carried her 19-month-old son Brandon out of the center on Friday afternoon.

“I went to this center as a kid. My brother and sister also went here,” Spence said. “So I was happy to bring Brandon here. That’s what makes me so mad. This place has special bonds to the community. Now they’re breaking them up without a care or a clue.”

Director Moses said the closing is putting a lot of hardships on moms who work or take job training programs, and “rely on us to provide a safe haven for their children.”

While she spoke, a parent walked up to her in the corridor. “Miss Elise, I don’t know what I’m going to do,” confessed India Hazelwood, a nurse at the Johns Hopkins Hospital.

“This has all been so sudden,” she said, sounding more sad than angry. “I have nothing set up for Monday,” she added, motioning to her four daughters, who range from 7 months to 10 years. 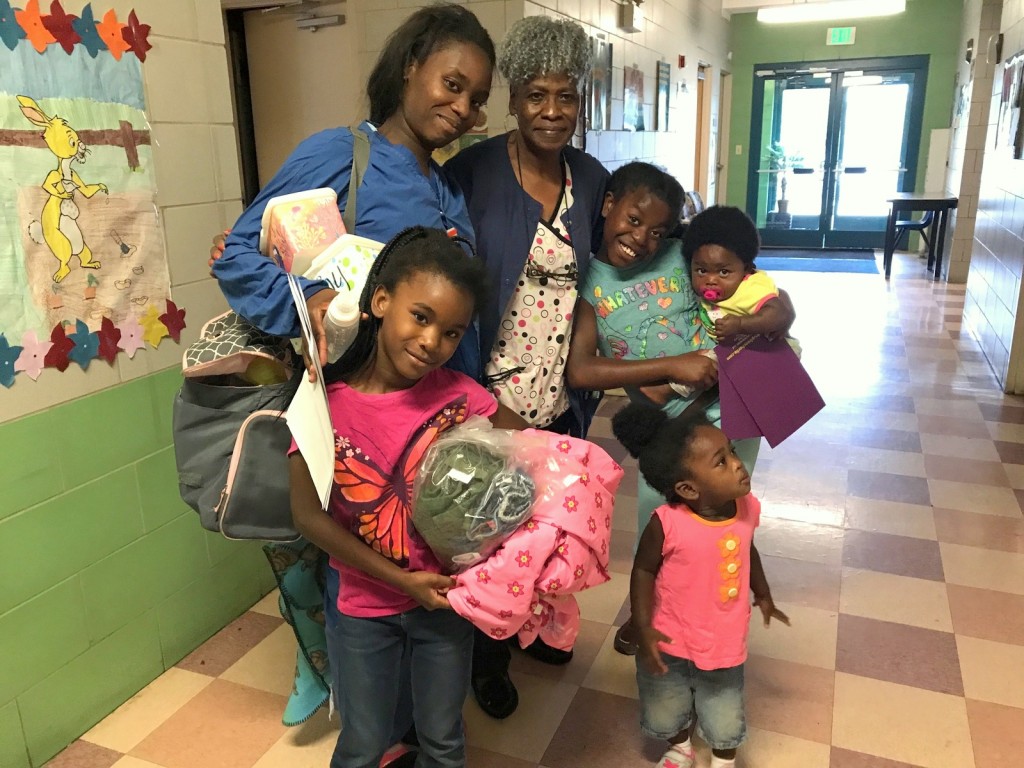 Thomas Hardnett Jr., owner of Little Dimples who runs the center with Jackson, said he has implored Bond to renew the lease or at least offer them new terms.

“They wouldn’t give us a lease. They basically played us until the lease ran out,” Hardnett charged.

Acknowledging that Little Dimples had faced financial troubles in the past, Hardnett said he was never behind on the rent and was willing to pay more in a new lease, if only Living Classrooms offered it to him.

According to Bond, the day care center was not performing at the level sought by Living Classrooms, especially in terms of providing accredited educational instruction to pre-schoolers.

Hardnett was told in May that the lease would not be renewed, Bond said, giving him plenty of time to tell staff and help parents arrange for alternative services.

“Mr. Hardnett, despite repeated attempts to encourage him to inform his parents and his staff, has not done that to the point where we have a whole community engagement team and we’ve had to work with them to look at a proper transition for the children,” Bond said.

Living Classrooms has encouraged the 15 day care staffers who lost their jobs to apply at the new Head Start program, specifically citing his hope that director Moses would continue.

“We love Elise, and we hope she’ll come forward and work with our team,” Bond said.

“The folks from Living Classrooms never gave me anything to show to the staff about Head Start,” she said. “And I’m not putting in a resume. I’m not working for them after so many parents and children have gotten hurt.” 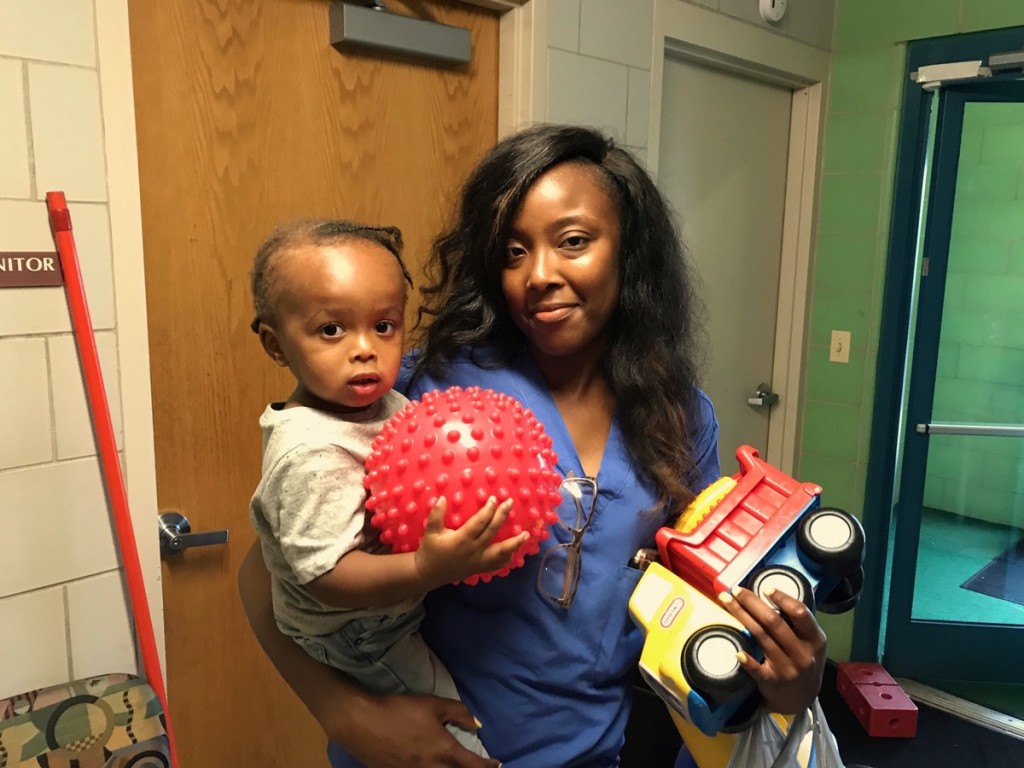 Laquiane Spence, leaving Friday with her son Brandon, says she and her brother and sister grew up at the Pleasant View care center. “This place has special bonds to the community.” (Mark Reutter)

Bond and Hardnett both agree that back in 2015 the Housing Authority gave Living Classrooms a 21-year lease on the publicly-owned building at 1116 East Fayette Street.

The non-profit pays $1 a year in rent on the property. “At some point we’ll go through the whole process with HUD [U.S. Department of Housing and Community Development] and HABC, and the ownership will transition to us,” Bond said.

Hardnett questioned the propriety of leasing the building to Living Classrooms without competitive bidding, then picking the YMCA to run the child program in the building without issuing an RFP (Request for Proposals) to other providers.

“Competitive bidding is not necessary,” Bond responded. “We’re overseeing the operations and our goal is to bring in the best partners possible. The YMCA does a tremendous job. And our dedication is to provide programming for children and youth in challenged communities. That’s why we’re doing this.”
____________________________________
PART 2: Fears of gentrification and the absence of community input undergird the day care center fight.