The Schaefer, Schmoke and O’Malley eras in Baltimore weren’t only about tourists at the Inner Harbor, freshly-painted “City That Reads” benches and guitar-strumming proto-governors.

Photographer Joseph Kohl captured it all in a breathtaking body of work, the subject of a show opening this week at the Maryland Historical Society: Unscripted Moments: The Life & Photography of Joseph Kohl.

Shooting for the News-American, City Paper, Afro-American, Village Voice and countless other publications, Kohl worked in Baltimore in the 1980s and 1990s, chronicling Baltimore’s underground culture and marginalized communities with deep respect. 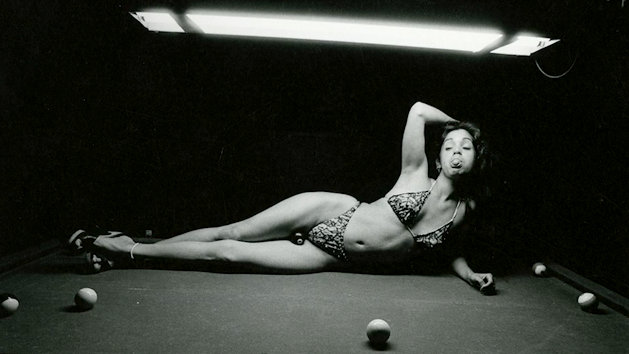 His portraits of friends, models, and strangers are a highlight of the exhibition.

“I hope that people will see what Joe Kohl realized: Baltimore is a unique and beautiful place, but almost never in ways that you would expect to find something beautiful,” said Joe Tropea, curator of films and photographs at the Maryland Historical Society.

Born in Fort Belvoir, Va., but raised in Odenton, Kohl began working in photojournalism at the Baltimore Sun while he was still an undergraduate at the University of Maryland Baltimore County.

Kohl’s massive 55,000-piece photograph collection was almost lost after his untimely death in 2002 but was saved at the last-minute by exhibit co-curator Linda Day Clark and her husband, the late photographer Carl Clark.

Kohl’s special connection with marginalized people earned him the access and trust that was a key component of his work, co-curator Linda Clark said.

“He was known on the Block, he was known with groups of transsexuals, who trusted him and knew that they were safe with him. He had a sort of special access,” she said. “I don’t think anybody can just walk in and photograph the way that Joe did and have it be OK.”

“I loved seeing a period in time in Baltimore, the 80s and 90s, that’s fast becoming as historical as a 18th century painting,” he said.

Reception for Satellite Exhibition: November 17 at 7 p.m. at the Windup Space, 12 North Avenue. This free show, featuring photos not on display at the main exhibit, runs through November.