A new consultant’s study puts numbers on a problem that everyone driving south of Montgomery Street already knows: There is scarcely any parking in South Baltimore, especially at night.

The clash between a dense checkerboard of 19th-century streets and the contemporary world of Hyundais and SUVs has spread from Federal Hill to the far corners of Riverside and Spring Garden.

Since 2000, the population of South Baltimore has grown by about 700 households, but the number of registered vehicles has risen by almost 3,000, according to the South Baltimore Gateway Parking Study conducted by Whitman Requardt & Associates (WRA).

The study was conducted as part of the South Baltimore Complete Streets Plan that has so far spent (as of September 2017) $473,264 of Casino Local Impact funds.

The biggest jump in vehicle ownership is around Riverside Park, which has seen an 80% rise, followed by a 60% increase in the Spring Garden area around Heath and Race streets.

Other census tracts with significantly more cars today than 17 years ago include North Riverside (+49%), Sharp-Leadenhall (+37%) and the South Charles Street corridor (+25%). Locust Point was not included in the study. 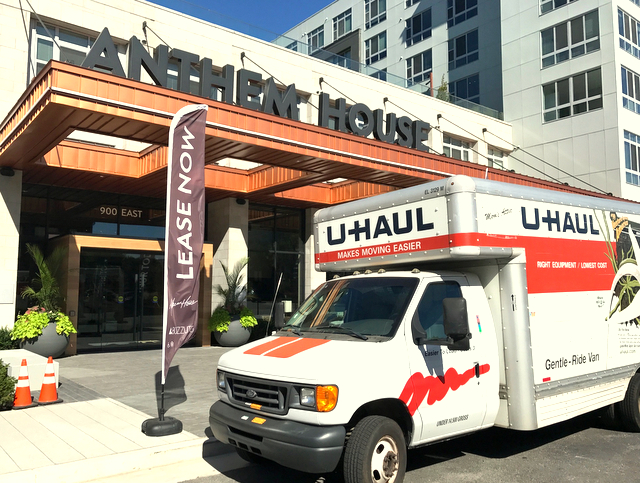 Adding to the congestion is the Cross and Charles streets bar scene, a magnet for young weekend suburbanites, and Ravens and Orioles home games, whose fans hunt for parking – legal and otherwise – throughout the community.

A typical Saturday night sees 111% parking occupancy – in other words, no parking at all except for illegals – in northern Riverside, 103% in Federal Hill and 87% in Otterbein.

During sampled Orioles games, 93%-96% of available parking space was taken in Federal Hill, 86%-88% in Otterbein, and up to 79% in Sharp-Leadenhall. 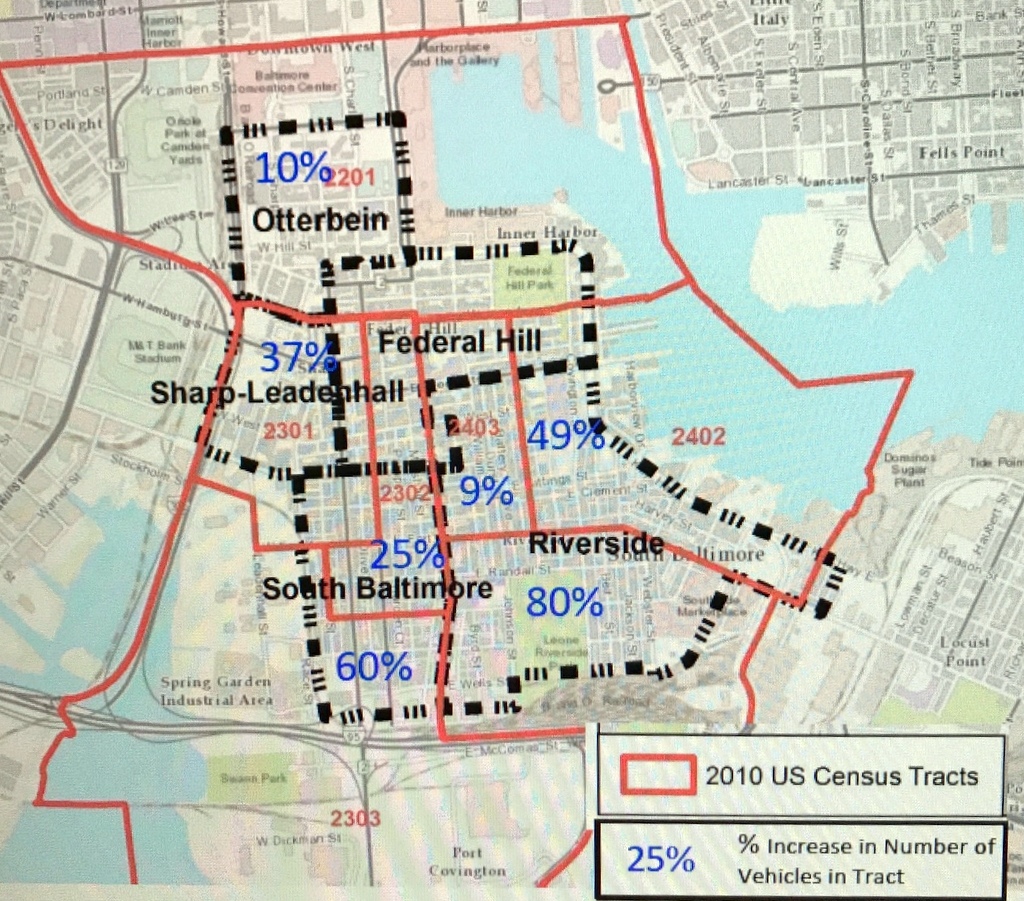 Lax enforcement of illegal parking contributes to the problem, the report found. Of 1,686 spaces requiring a residential parking permit, 148 vehicles were found unpermitted.

Only six of those vehicles – or 4% – were ticketed by police.

“The majority of vehicles violating the permit parking regulation did so after 6 p.m.,” the report noted, with the largest concentration of violations taking place in Sharp-Leadenhall and Federal Hill. 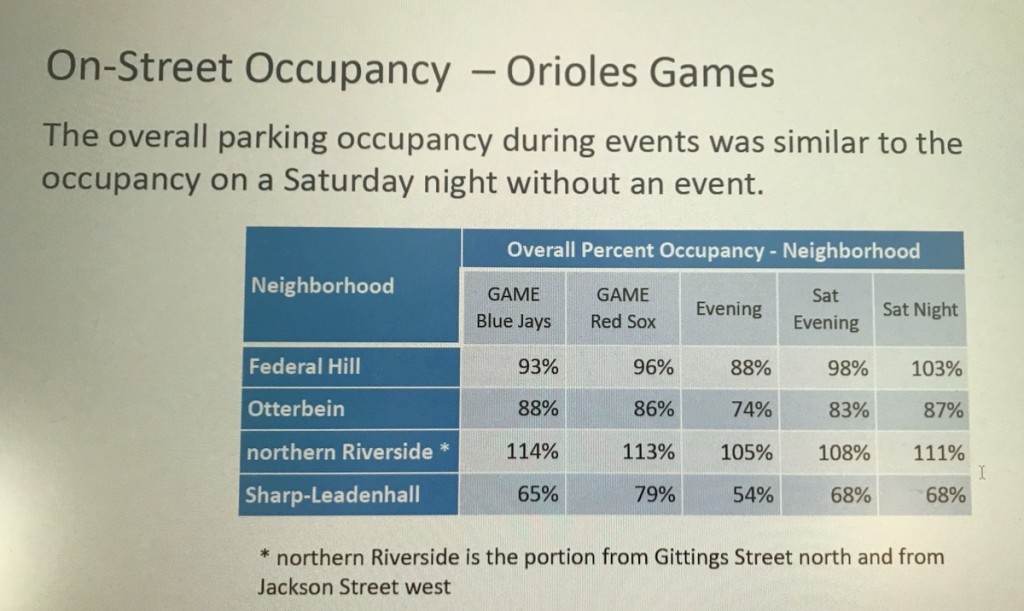 The mismatch between cars and parking spaces during Orioles games and during the Saturday night bar scene. (South Baltimore Gateway Parking Study)

If parking in many areas of South Baltimore is stressful today, the future promises to be more grueling.

Currently, 1,660 new residential units are in the pipeline, most of them located in large apartment complexes such as Anthem House on Fort Avenue and Stadium Square in Sharp-Leadenhall.

Off-street (garage) parking at the buildings will total 1,900 spaces – about half the number that the report said would reasonably be needed for upscale households (either families or roommates) where two or even three members will own a vehicle.

The squeeze will only get worse with the expected opening of 118,000 square feet of commercial and restaurant space in the buildings, whose customers and employees will also vie for parking, especially at night. 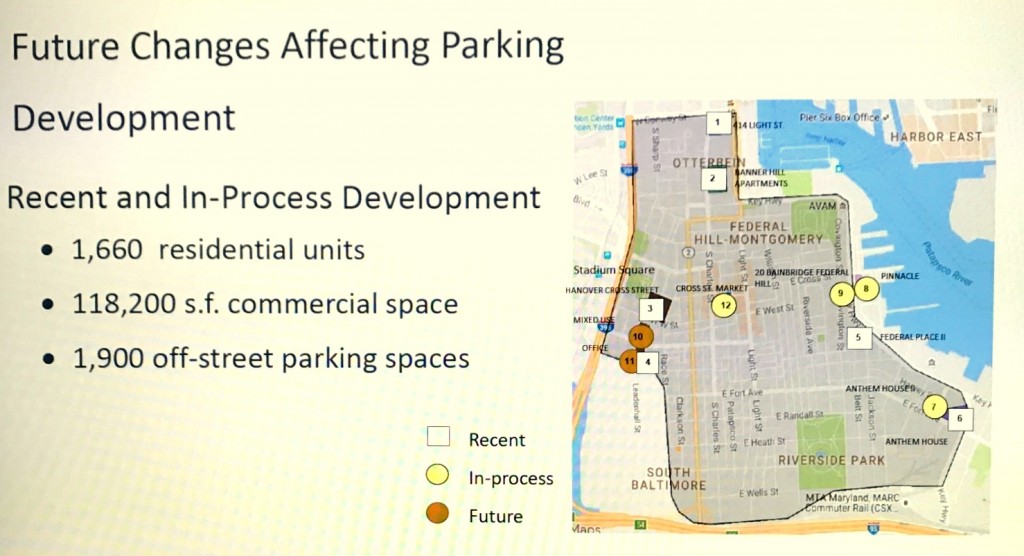 The 1,900 off-street parking spaces will not cover the total number of vehicles expected to be introduced by new residents. (South Baltimore Gateway Study)

The report cites alternatives to cars in South Baltimore, such as the Charm City Circulator and bike share program, but none of these modes is set for major expansion in the district.

The “Banner Route” Circulator line is considered the most expendable of the city’s money-losing free bus service, while the bike share program is currently on life support.

Existing bike trails – located on the periphery of Federal Hill and Sharp-Leadenhall and along the north shoreline – do not serve the main population and commercial centers.

And the Light Rail branch that Kevin Plank wants built for Port Covington wouldn’t have any station stops in South Baltimore.

The potential gain through angle parking is estimated at 80 spaces in Federal Hill, 200 spaces in Riverside and 20 spaces in South Baltimore.

The absence of alternatives leaves South Baltimore stuck with cars – and the prospect of stricter parking rules and enforcement.

The report calls for the creation of a special unit of police that would not only enforce permit rules but ticket the “33% of all vehicles on paid parking blocks” that are disregarding the metered rates.

• limiting the maximum number of parking permits to three per household.

• determining whether back-in angle parking is desirable on streets wide enough to support such parking.

The potential gain through angle parking is estimated at 80 spaces in Federal Hill, 200 spaces in Riverside and 20 spaces in South Baltimore. 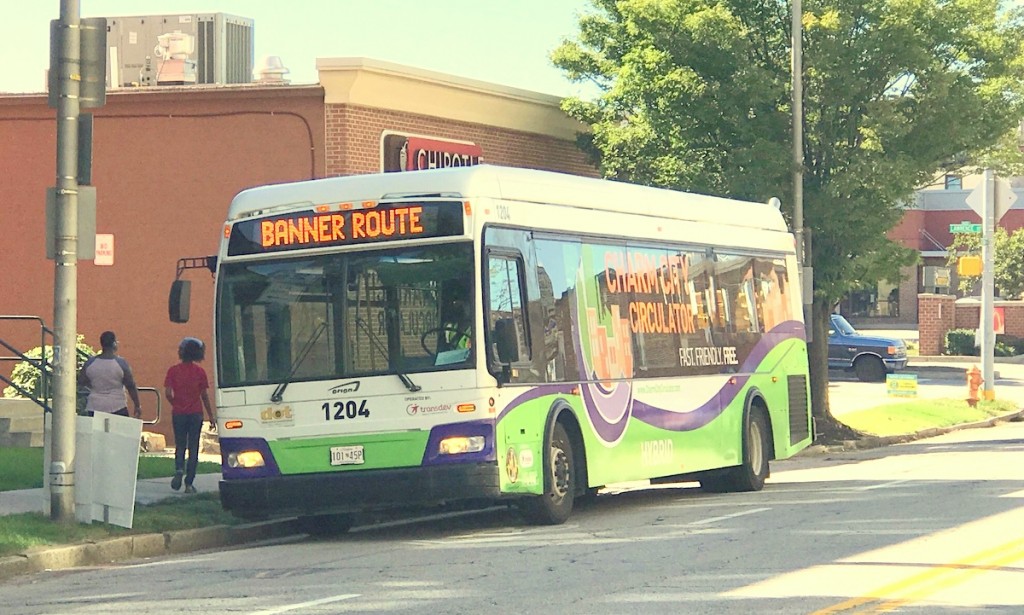