Baltimore’s prestigious medical centers, including Johns Hopkins and the University of Maryland, stand in close proximity to the city’s asthma hot spots.

Both receive sizeable tax breaks in return for providing “community benefit,” a poorly defined federal requirement that they serve surrounding neighborhoods, according to a new report by Kaiser Health News and Capital News Service that goes on to find this irony:

Hopkins, UMMC and other hospitals collected $84 million over the three years ending in 2015 to treat acutely-ill Baltimore asthma patients as inpatients or in emergency rooms.

“But like hospitals across the country, the institutions have done little to address the root causes of asthma,” the reporters noted.

Meanwhile, researchers at these same institutions have found strong evidence that effective prevention methods exist at a fraction of the cost of hospital stays.

“The perverse incentives of the health-care payment system,” say writers Jay Hancock, Rachel Bluth and Daniel Trielli, “have long made it far more lucrative to treat severe, dangerous asthma attacks than to prevent them.”

The story is the result of a months-long look at the issue, with a focus on the 21223 zip code in Baltimore, where paramedic crews make more asthma-related visits per capita than anywhere else in the city.

In this southwest area, which includes Harlem Park, Poppleton, Carroll Park and Shipley Hill, there are few doctors treating asthma, but plenty of the decrepit houses, rodents and bugs that trigger it.

The report says asthma is the most common childhood medical condition, with rates 50% higher in families below the poverty line than among children in wealthier households.

Among those measures are removing rodents, carpets, bugs, cigarette smoke and other triggers as well as using community doctors to treat patients and health workers to teach them how to use medications and modify their homes.

Executives and researchers from Hopkins and the University of Maryland, as well as city health officials, were quoted to explain their efforts to provide community-based treatment and prevention and the challenges they face.

But the piece, which was published in the Washington Post, also takes a hard look at the economics of asthma care.

“What we do is perhaps not sufficiently focused,” Patricia Brown, a senior vice president at Hopkins in charge of managed care and population health, told the reporters.

At the same time, Brown said, “we have to have revenue. We’re a business.” 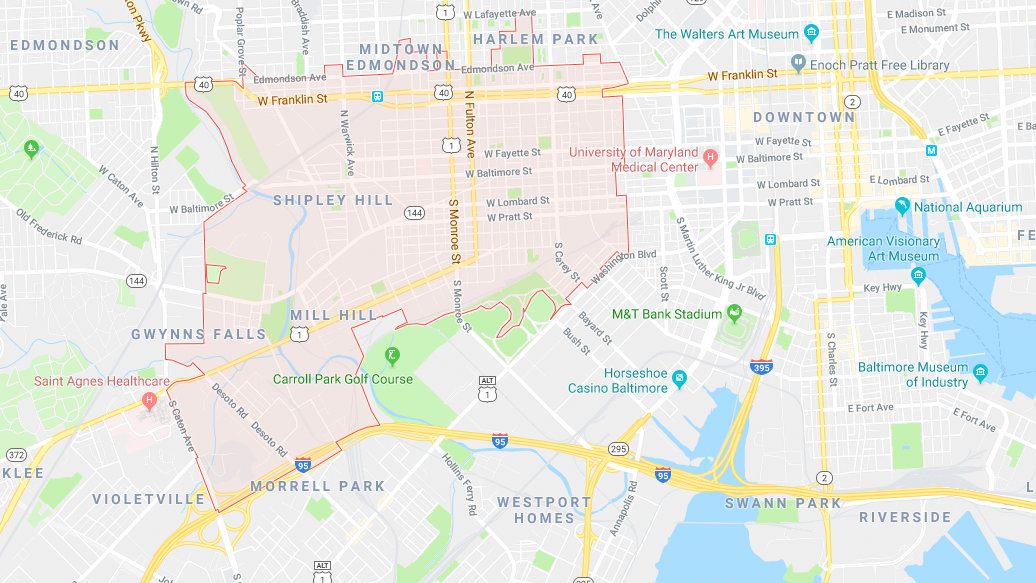 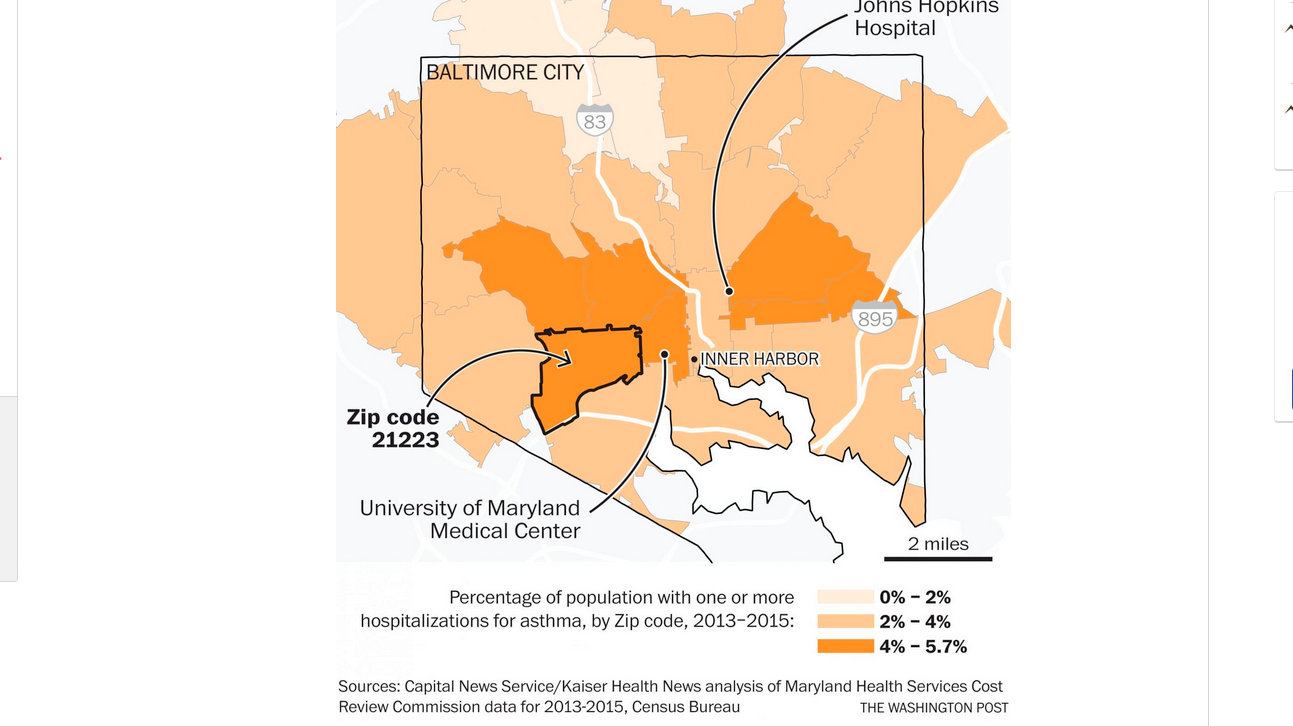 Percent of population in Baltimore with one or more hospitalizations by zip code. From the Kaiser Health News/Capital News Service analysis of Maryland Health Services Cost Review Commission data. (Info-graphic by The Washington Post)