As a dozen supporters and family members watched, some holding hands and one dabbing back tears with a tissue, Darryl de Sousa made his first appearance in court to hear the federal tax charges against him.

Just a week ago, he was Baltimore’s youthful police commissioner, appointed four months earlier by Mayor Catherine Pugh after a steady rise through the ranks of the Baltimore Police Department.

Then on Tuesday, De Sousa resigned after admitting on Twitter to having failed to file his income tax returns for years 2013, 2014 and 2015.

This afternoon he came to U.S. District Court in a dark blue suit and grass green striped tie, accompanied by a phalanx of lawyers and supporters.

He declined to speak to reporters and spoke sparingly while answering questions by the judge.

Did he have anything to drink in the last 24 hours, Chief Magistrate Judge Beth P. Gesner asked him.

Gesner advised the 53-year-old of the federal charges against him – three counts of failure to file his income tax returns punishable by up to a year in prison and a $25,000 fine for each charge.

Asked if he had surrendered his passport, De Sousa’s attorney, Gerard P. Martin, approached the bench.

The passport would be turned in by the close of business on June 7, Gesner announced after a brief bench conference.

De Sousa was released by the judge after several conditions were imposed, including:

• he is to reside at his current Baltimore address,

• he is not to leave the continental U.S. without permission from pretrial services,

• he must turn in all firearms in his possession by Wednesday, May 23. 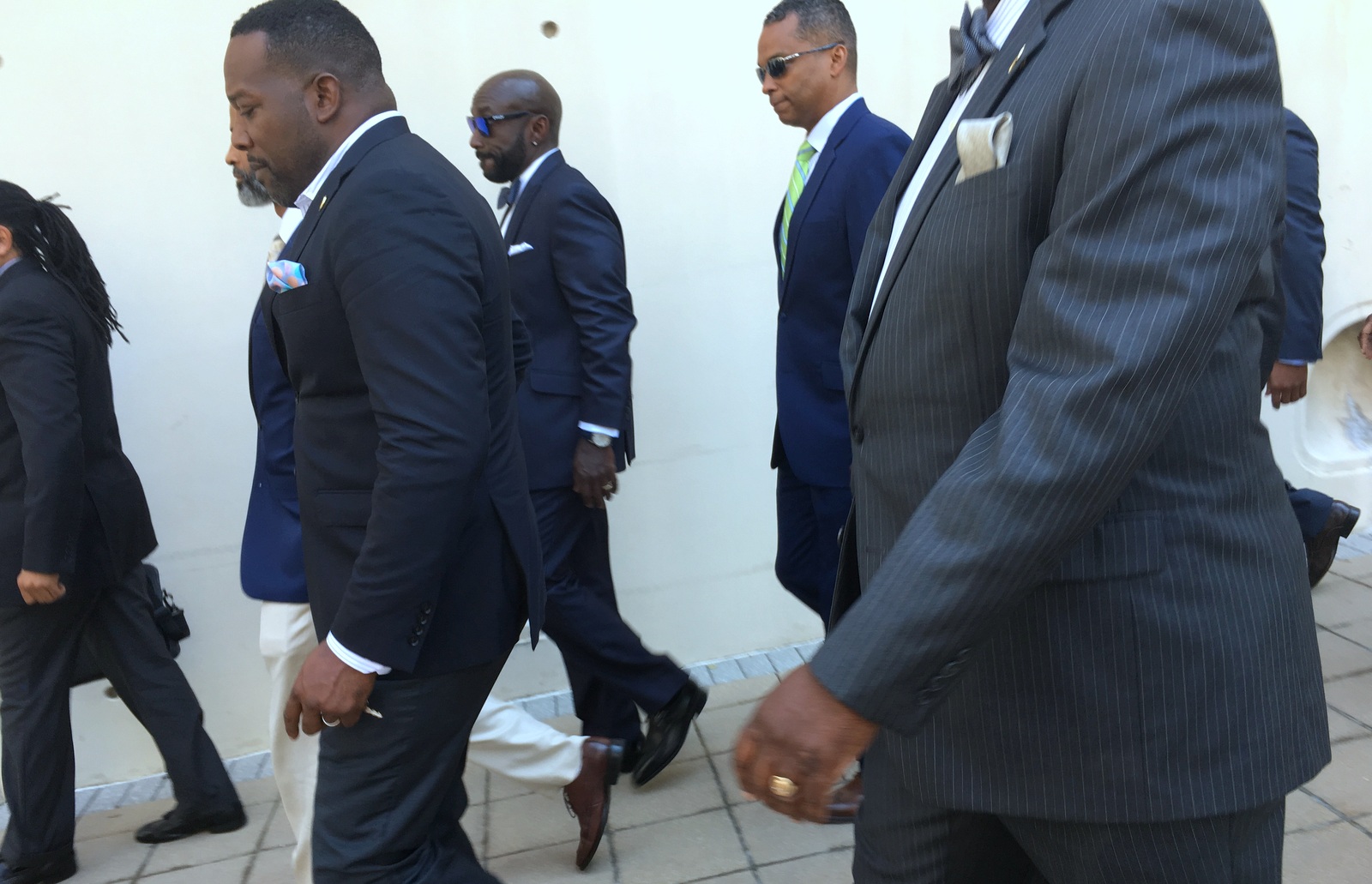 Darryl De Sousa leaves the courthouse this afternoon with his supporters. (Fern Shen)

Federal authorities – led by the prosecutors in the recently concluded Gun Trace Task Force trial – said in court records that they are continuing to investigate De Sousa for other possible crimes.

The prosecutors last week issued subpoenas to the city finance office and police department to turn over a decade’s worth of De Sousa’s internal affairs files, secondary employment records, salary receipts, overtime, travel and other documents.

The prosecutors, Leo Wise and Derek Hines, did not speak before the court today and declined to comment afterwards.