She also proclaimed a loud and vehement “yes” to specific proposals to root out police corruption and increase school funding.

More than 800 members of Baltimore churches and schools crowded into Kingdom Life Church on Hilton Street for a Leadership Accountability Assembly sponsored by BUILD (Baltimoreans United in Leadership Development).

“Baltimore is at a crossroad,” declared Antoinette Mugar from Harlem Park West, decrying the city’s spike in crime and violence and “a culture” of police corruption.

Mayor Pugh responded by agreeing to several recommendations from BUILD, including more foot patrols. She said stemming violence was her top priority. 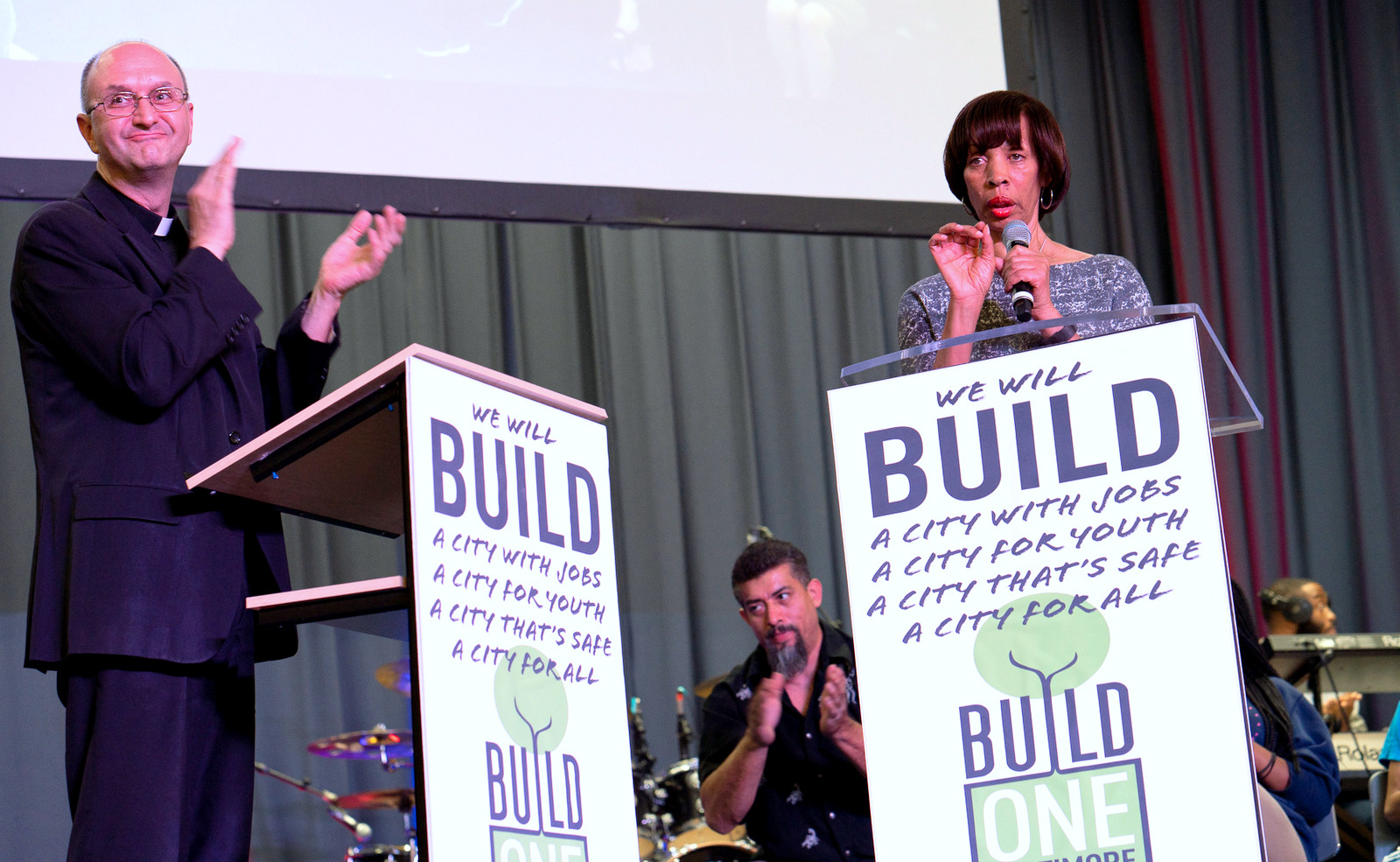 Mayor Pugh wins the applause of Father Bruce Lewandowski, who brought a large contingent of parishioners from the Sacred Heart of Jesus Catholic Church to last night’s meeting. (Julia Pearson/BUILD)

Several middle and high school students spoke about concerns for their safety. Some quotes from the students:

• “Do you know what it’s like to stay on the phone with your mom all the way to school just so she knows you got there OK?”

“Do you know what it’s like to stay on the phone with your mom all the way to school just so she knows you got there OK,” asked a student.

Several hundred participants used headphones to hear a Spanish translation of the proceedings.

The rights of immigrants was one of the first demands Mayor Pugh responded to. Her promise to implement a “parish” identification card system for immigrants met with thunderous applause.

Ever Castillo, from the Sacred Heart of Jesus Church, described the challenges faced by immigrants who lack identification to use public libraries or get a marriage license.

Earlier on Wednesday, the mayor exited a Board of Estimates meeting before housing advocates could question her decision to approve $21 million in police overtime to help balance the department’s $48 million in overtime costs this year.

Members of the Housing Roundtable and Community Development Network said Pugh had failed to fulfill a promise to fund the Affordable Housing Trust Fund, which was approved by voters in November 2016 – a month before she became mayor.

After the board meeting concluded, the mayor slipped out of a side door as a housing advocate approached the podium and attempted to query her about the status of the Trust Fund. 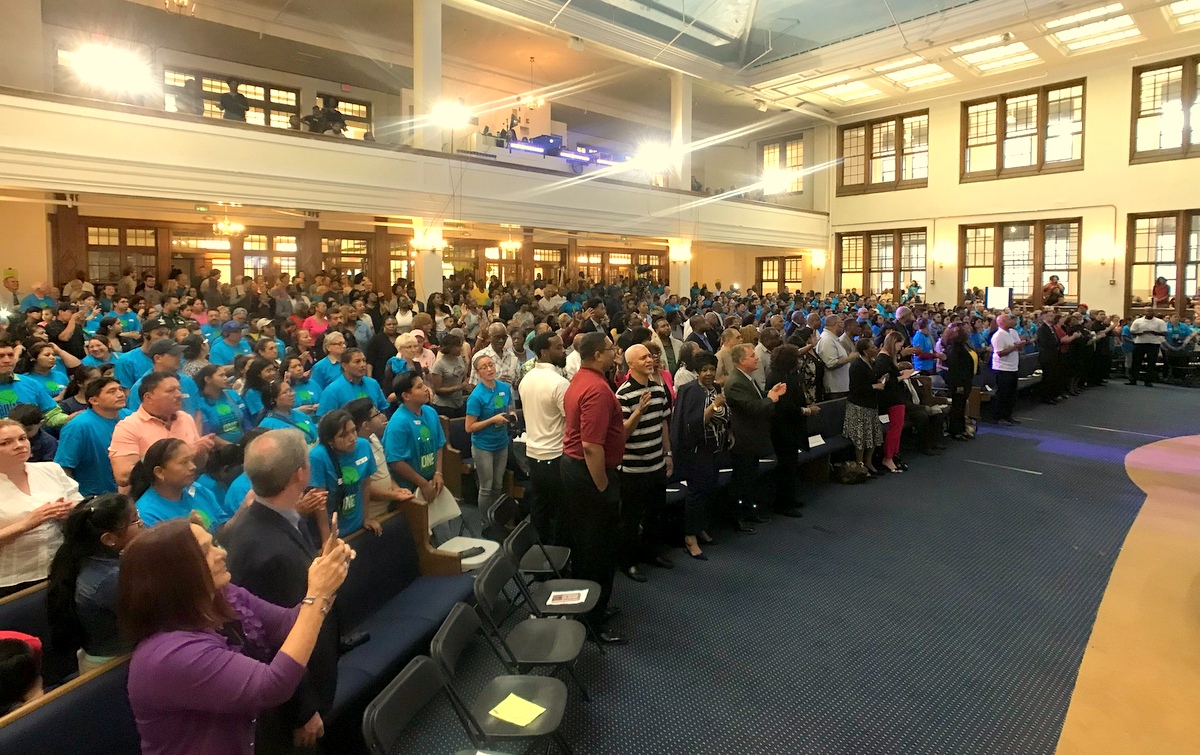 Another view of the large crowd at the meeting in southwest Baltimore. (Julia Pearson/BUILD)