But Carter’s clout looks a lot different when measured by alliances with the bigwigs of City Hall.

“In today’s news, your favorite Twitter personality endorsed a white man running for state Senator against a champion for the Black community in Baltimore,” Jackson shot back.

Thus commenced one of many racially charged exchanges – Carter is black and Merrill is white – in the high-profile race to represent this Northwest Baltimore district in the Maryland Senate.

One way the Carter-Merrill matchup has been framed is as a dynastic battle.

It pits Carter, elected to the House of Delegates in 2002 and the daughter of civil rights leader Walter P. Carter, against Merrill, a city school administrator and onetime City College teacher who is the son-in-law of former Gov. Martin O’Malley.

Carter, 54, has been the director of Pugh’s Office of Civil Rights and Wage Enforcement and was selected by the 41st District Democratic Central Committee to sit as its interim senator after Nathaniel T. Oaks pleaded guilty to corruption charges in April.

Carter points to her dedication to justice causes, including opposing the construction of a youth jail in Baltimore and sponsoring “Phylicia’s Law,” which requires state officials to publish lists of missing children and oversee local search efforts. 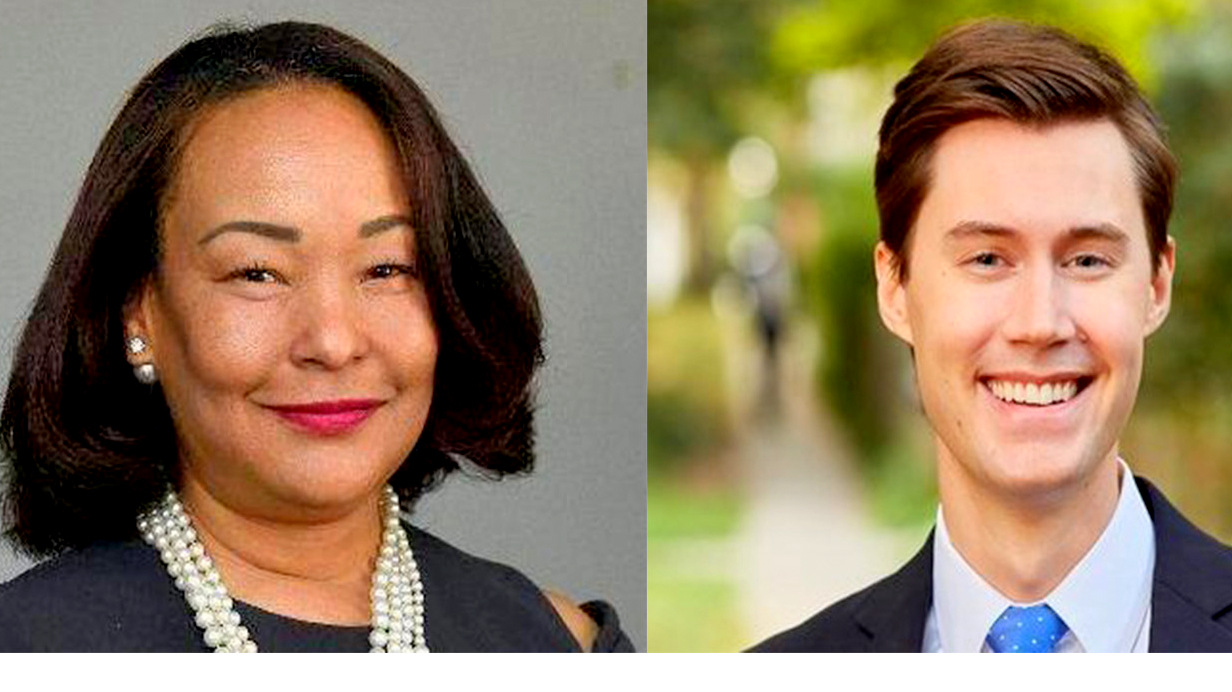 “For people like me who grew up poor in West Baltimore, we just want to know that we haven’t been forgotten and that we are important and her character has demonstrated that time and time again,” said Shaquile Carbone, a community outreach coordinator at Park Heights Renaissance, in an online ad for Carter.

Merrill, 27, has stressed his commitment to education as a path to opportunity and points to his accomplishments, such as efforts to rebuild the library at City College high school.

“To improve educational equity, we need to continue to build political power around the idea that every student has a right to quality education,” incumbent Sen. Bill Ferguson said in his endorsement of Merrill. “I’m proud to support J.D. because he knows what’s at stake and will be a strong ally in the Senate.”

That’s the positive side of their campaigns.

The negative was on display when Merrill brought a stack of documents to a forum, saying it detailed the 1,600 votes that Carter missed during her time in Annapolis.

“Seven of her 14 years in office she had the worst attendance record of any member of the Baltimore City delegation,” he declared, going on to create a website focused on his opponent’s attendance record.

Carter has replied that she was dealing with her mother’s health issues and her own. She says she made 93% of floor votes and holds up her record of service against Merrill’s with confidence.

“And that should not be difficult, as he has no record of service,” she observed to The Brew.

The back-and-forth between the two sides has been relentless and at times nasty.

Carter supporters charge that Merrill represents the zero tolerance policing policies of his father-in-law that worsened the cycle of incarceration and impoverishment in Baltimore’s poor Black neighborhoods.

The Merrill camp says their candidate is his own man and question Carter’s judgment for knowingly hiring a disbarred attorney to serve as her Civil Rights Office’s deputy director.

Although Carter’s endorsements are significant, her opponent has his share of allies, including AFSCME Maryland Council 3 and LiUNA, the Laborers International Union of North America, which both endorsed him. 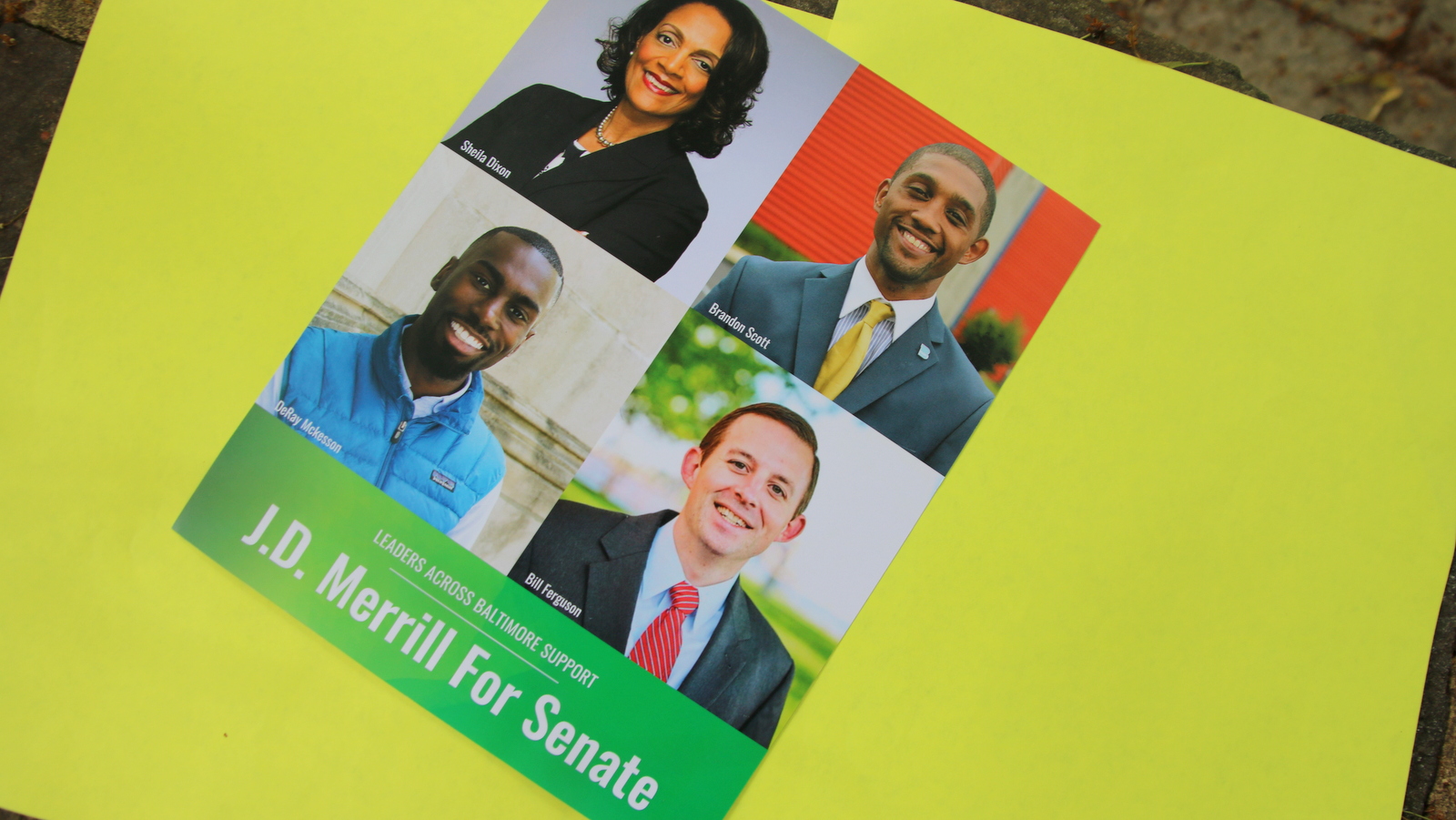 “Jill has a track record of missing hundreds of votes and not sponsoring legislation for the district,” the Grove Park resident told The Brew yesterday. “She doesn’t represent us and never has.”

If voting fell along racial lines and turnout was consistent, Carter would have the edge in this majority black district. But in this primary uncertainty remains, in part thanks to Oaks’ lingering presence on the ballot, upheld despite multiple legal challenges.

Oaks has said if he wins he would not accept the nomination, but confused voters might vote for the well-known 41st District political fixture and that could draw votes away from Carter.

A proliferation of campaign signs, mailers and social media postings suggest both sides are making the most of the funds they’ve collected.

Merrill has been boosted by some big dollar contributors, including in the most recent reporting period: Apple Ford of Columbia ($5,000), AFSCME Council 3 ($3,000) and Simplex Trading owned by software entrepreneur David Oros ($3,000).

A number of ex-O’Malley aides chipped into the Merrill campaign pot.

There were no direct contributions from Martin O’Malley himself, but some of the ex-governor’s family members gave, including his father-in-law, J. Joseph Curran ($500) and his brother, Peter O’Malley ($200).

Other contributors include a number of mainstream movers and shakers:

Carter may have smaller cash pile and fewer big-dollar contributors, but the lawyers, lobbyists and Democratic Party insiders signify some big influence.

Several City Hall habitues gave to Carter, including Mayor Pugh herself, who kicked in $1,000, not through her campaign committee, but personally, via Catherine E. Pugh & Company Inc.