Kimberly B. Morton, a powerful behind-the-scenes player at City Hall, is leaving as Mayor Catherine Pugh’s chief of staff, sources tell The Brew.

She is the second to depart the post since Pugh became mayor 20 months ago. Tisha Edwards served as the mayor’s chief of staff for four months before quietly resigning last year.

Morton, whose 2017 salary was listed as $168,300, is reportedly tired of city government and plans not to return to the Department of Public Works or take another position.

No announcement has been made of her departure. Morton did not return a message from The Brew seeking comment. Her last day at City Hall is scheduled for tomorrow.

The mayor is not planning, at least for now, to fill the COS position, sources said.

Noted for her take-no-prisoners style and marine sergeant language, Morton has handled many sensitive issues for Pugh, including the police monitoring program and the peaceful dismantling of a homeless encampment in front of City Hall last summer.

“She’s the loyal general that protects the fort,” said one source. 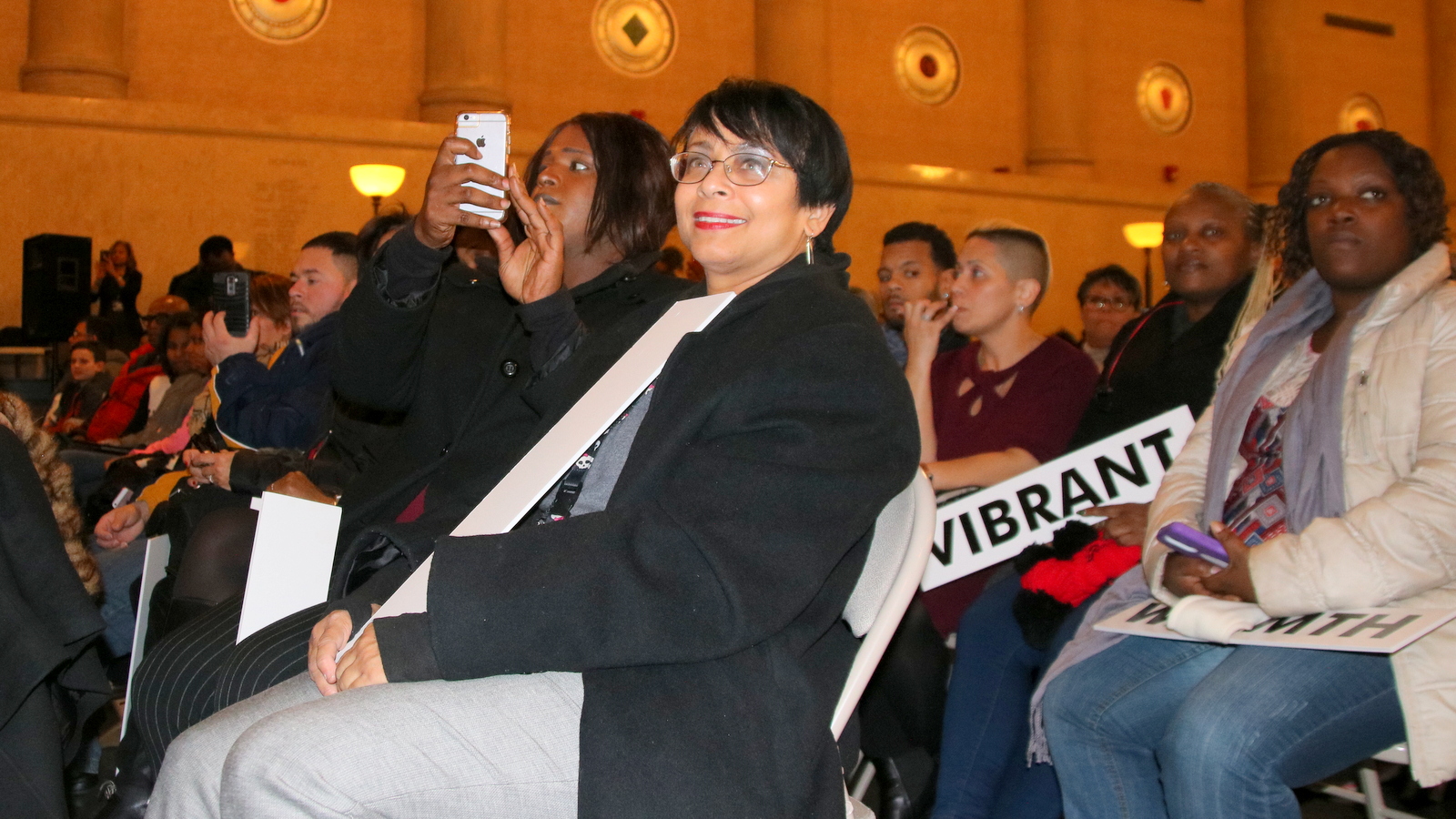 A lawyer by training, Morton started at the Department of Public Works in 2004, and became chief of staff to then-DPW director Alfred Foxx before named deputy chief of staff for Mayor Stephanie Rawlings-Blake in 2014.

Morton played a key role in the involuntary resignations of City Solicitor George Nilson and Inspector General Robert Pearre – which arose from a thwarted probe of Jerome Mullen, then director of the Mayor’s Office of Information Technology – shortly before Rawlings-Blake left office.

Morton played a key role in the involuntary resignations of City Solicitor George Nilson and Inspector General Robert Pearre in 2016.

The promotion put her in the top tier of mayoral appointees alongside Pete Hammen, chief of operations, and James T. Smith Jr., chief of strategic alliances and recent meddler in the Baltimore County Executive race.

Pugh has seen other turnover in her immediate staff. Afra D. Vance was appointed to the new position of director of external affairs and placed in charge of the 2017 AFRAM festival.

Inseparable from the mayor a year ago, Vance has left the $117,000 post. Responsibility for the annual festival now rests in the hands of Tonya R. Miller, a new hire in the Mayor’s Office of Public Affairs.

(Tucker’s “interim” position has since turned into a $150,000 gig at the mayor’s office, where he is required to work 25 hours a week and gets free parking in front of City Hall.)

On Wednesday, the Board of Estimates hired, at Pugh’s request, Tyrone Powers as a $90,000 consultant to the Mayor’s Office on African American Male Engagement.

According to his resume, Powers is a former FBI agent, with a doctorate degree in sociology, who chairs The People’s Plan to Dramatically Reduce Crime in Baltimore City and the Children First Movement, an organization not in good standing with the Maryland Department of Assessments and Taxation.

What’s more, “since the tragic events of 9-11, countless agencies and media eagerly seek his insight, expertise and advice on the analysis and prognosis of events as they occur around the world,” says the board’s agenda.

He is also “an historian and an inexhaustible reader – recounting the historical and legal events impacting the progression of American culture in law, legal policy, education and social reform,” according to the agenda.

The Mayor’s Office on African American Male Engagement was created by Pugh last February to expand mentoring and other services to steer black youth and men away from crime and violence.

Unexplained by the agenda is how consultant Powers will be able to squeeze in time for advising city youth amid his hectic schedule.

According to the BOE, Powers will help the Engagement Office “identify and develop individuals interested in careers in law enforcement, criminal justice and homeland security, and careers with the Baltimore Police Department.”

Unexplained by the agenda is how Powers will be able to squeeze time for city youth between his global consulting business, criminal law and civil court obligations, police academy post at Anne Arundel Community College, and out-of-town lectures before criminal justice professionals. 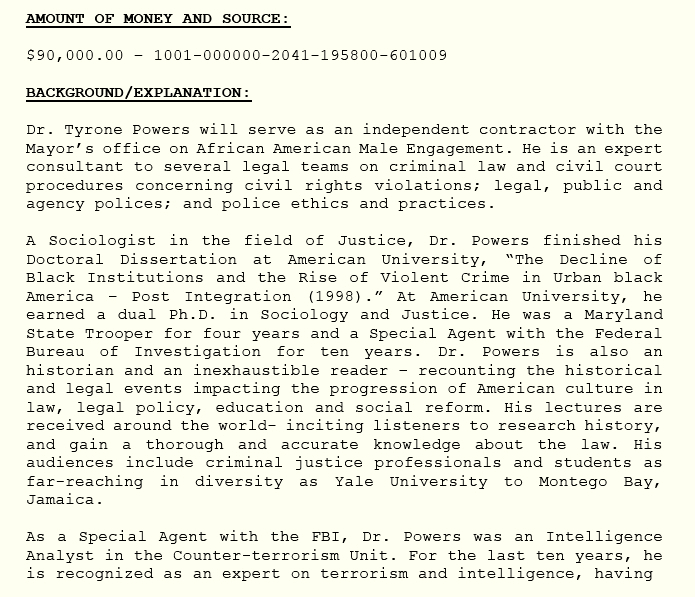 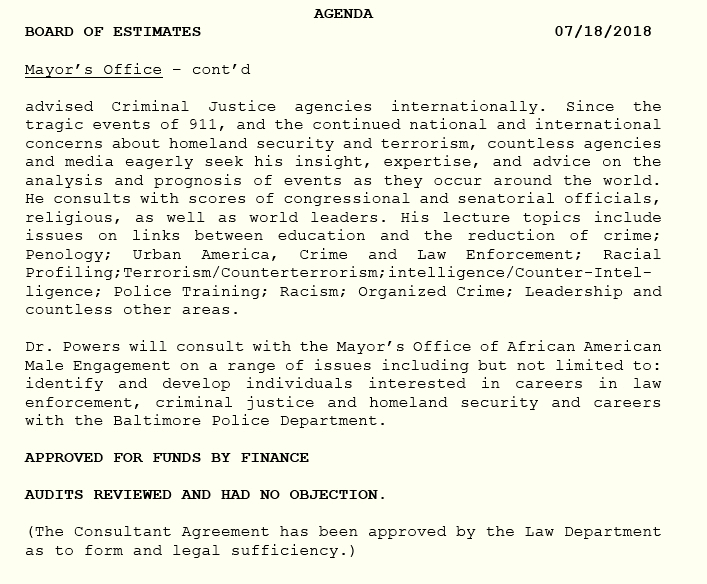