With scorching sun and suffocating humidity making West Baltimore and the rest of the city miserable, the sparkling water in the city’s William McAbee pool looked inviting.

But the gate , during this scorching-hot week, has been padlocked.

This pool – like Baltimore’s 11 other “neighborhood” pools – was closed as of Sunday August 26.

Only six larger “park pools” remain open. Their last day of operation is Monday, Labor Day. But the neighborhood pools like McAbee are now closed for the season.

Considering that school is still out – classes don’t resume until next Tuesday – that schedule struck Tonya Smith as wrong-headed and somewhat cruel.

“It’s so hot!  It should be kept open through Labor Day,” said Smith, gesturing towards the small pool behind metal fencing located in the 1300 block of North Gilmor Street. “Why can’t they give us one more week?”

“The kids are inside the houses, burning up,” added Smith. “If they don’t have air conditioning, it’s terrible. My house is miserable!”

She and Darnell Johnson were among the few people spotted outside William McAbee yesterday, as temperatures soared into to the 90s. Humidity made it feel like 105° yesterday and today’s heat index was 105°, nearly as suffocating.

“I used to go to that pool all the time when I was little,” said Johnson, 19, peering through the iron fence. 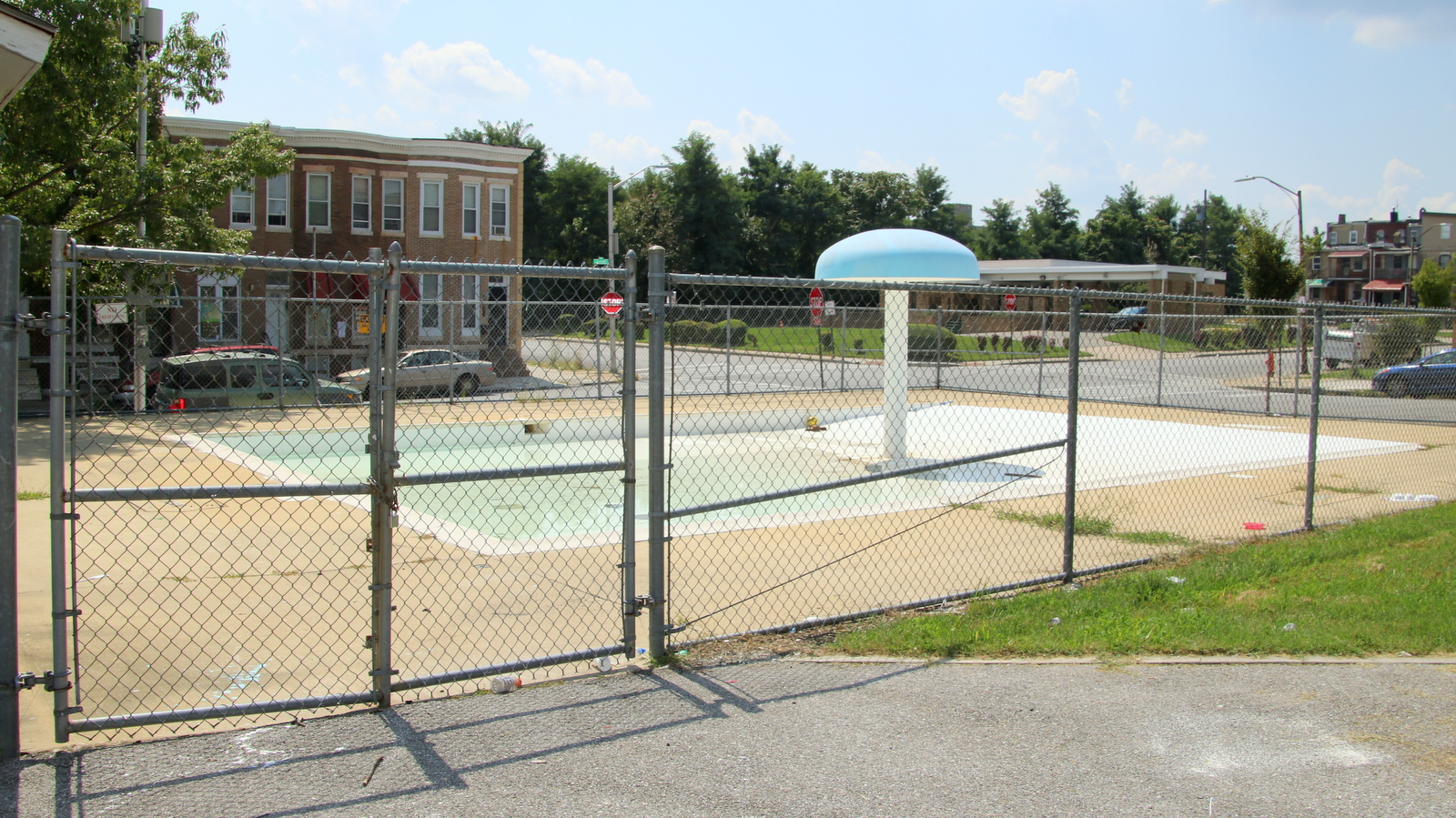 Residents said the William McAbee/Lillian Jones wading pool was closed for most of the summer. (Fern Shen)

What about the shallow kiddie pool nearby, the William McAbee/Lillian Jones wading pool, also padlocked?

That facility, Johnson and others said, has been closed all summer.

“They said it has a broken pump or something,” one woman said.

Smith said both pools are popular with families who live in the Gilmor Homes complex and other parts of the neighborhood.

“It’s only a dollar to swim. They have free lunch for the kids. It’s great,” she said. “I don’t understand this.” 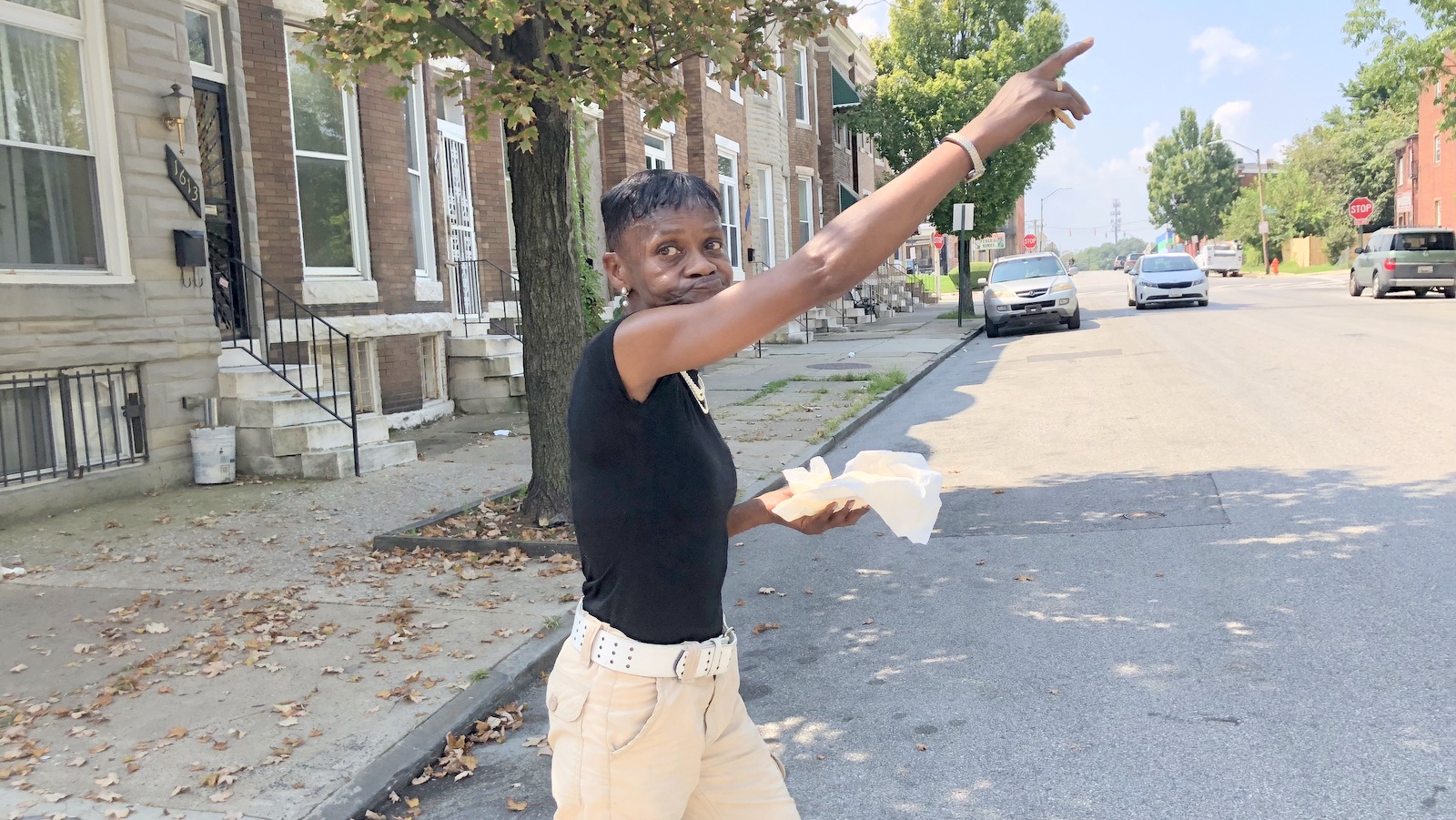 City officials confirmed that park pools, like the ones at Druid Hill Park and Patterson Park, are kept open from June 23 to September 3.

But neighborhood pools, like C.C. Jackson in Park Heights and Coldstream in Northeast Baltimore, are open from June 23 to August 26.

Why the one-week shorter season for neighborhood pools?

The schedule for those pools is meant to mirror the city’s summer camp schedule, according to Whitney Clemmons Brown, a spokeswoman for Baltimore City Recreation and Parks.

“When we’ve opened the pools longer than that, there’s a big drop-off in attendance,” Clemmons Brown said.

Keeping those pools open for that week, she said, doesn’t make financial sense. “We’d be paying the pool staff, but without enough attendees.”

As for the wading pool at William McAbee, Clemmons Brown disputed residents’ claims that it was closed for the entire summer.

“We opened it on time, but along the way found out the [pump] motor didn’t work,” she said. “Then we ordered the part. It takes two or three weeks. We did it right away.”

What must residents do to take a dip or bring their children to play in the pool with friends?

“Take a bus over to Druid Hill, I guess,” Johnson said.

It’s a question that bothered youth and education activist Melissa Schober. In a series of tweets, she spoke of the difficulty some children have getting to park pools this week.

From a recent City Council budget hearing she attended, Schober pulled up data on Baltimore’s notorious police overtime spending, projected to be nearly $49 million in this fiscal year, pointing out, basically, how much swimming pool time that money could buy. 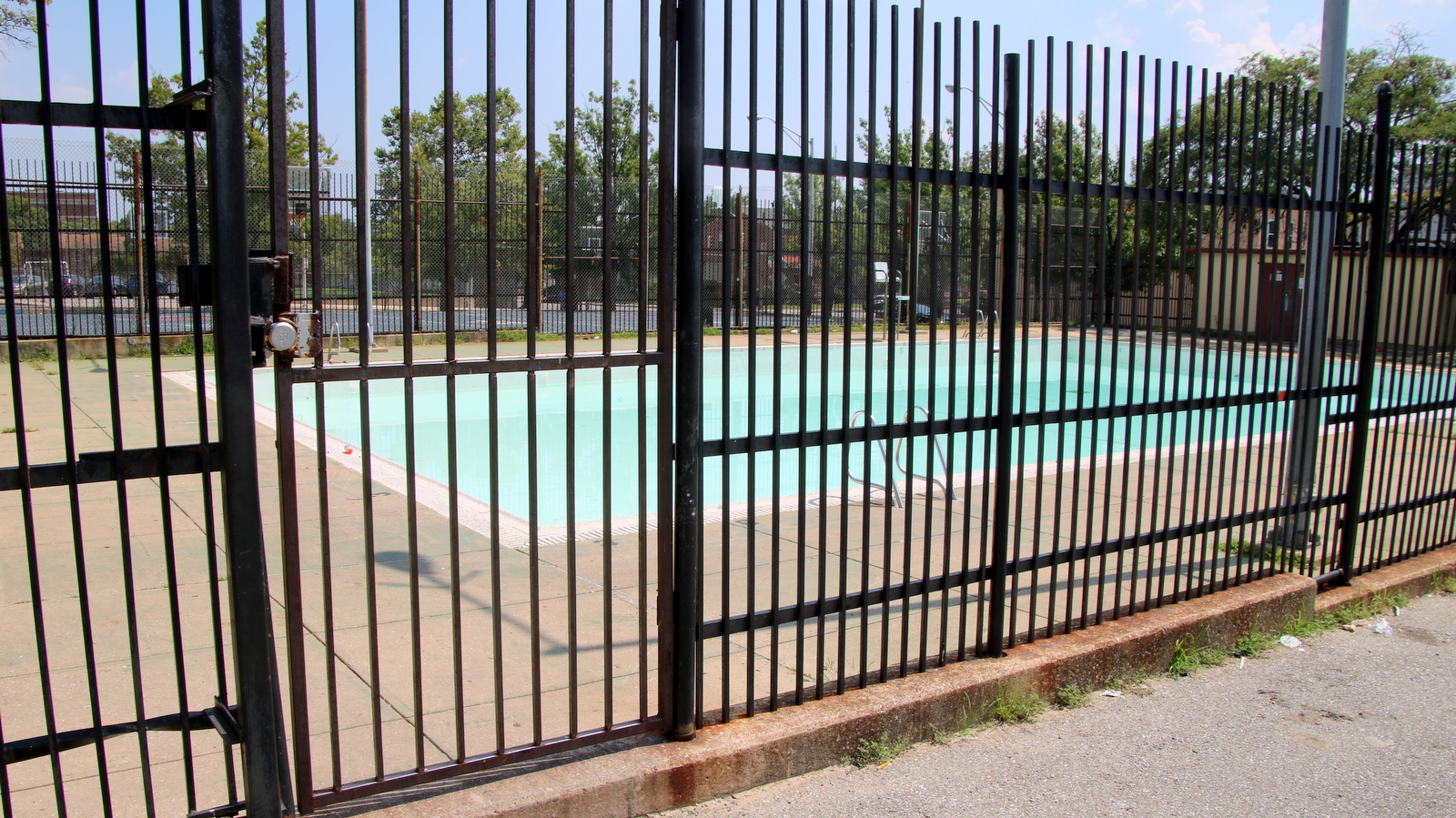 The William McAbee pool in West Baltimore is closed for the summer, with a week of summer vacation still to go for city school students. (Fern Shen)