Coffee and juice drinkers sitting at outdoor tables on Hampden’s 36th Street this morning were startled by an unusual sight:

“We’re serving a warrant,” said one of the men, wearing a vest that said “DEA POLICE.” He declined to elaborate.

Another wore a vest that said POLICE CARFTF-MD on the back. The Capital Area Regional Fugitive Task Force, part of the U.S. Marshals Office, has not yet returned calls from The Brew.

The men peered into several businesses and knocked on a door in the 800 block of West 36th Street, a North Baltimore locale dominated by antique stores, boutiques and premium coffee shops.

According to spokeswoman Major Sabrina Tapp-Harper, the Baltimore City Sheriff’s Office staffed this operation in Hampden, with one sheriff’s deputy representing the DEA and three others representing the U.S. Marshals Service.

They were attempting to serve a warrant for a probation violation and possession with intent to distribute cocaine on Michael Blake Jr. at 853 36th Street and at 1329 Union Avenue, Tapp-Harper said.

A second warrant, also from Baltimore City Circuit Court, was for a felony narcotics violation, she said.

“This is part of our ongoing cooperative effort to combat violent crime and drug distribution through the CARFTF,” she said. “We’re trying to reduce the open warrants related to drug distribution.” 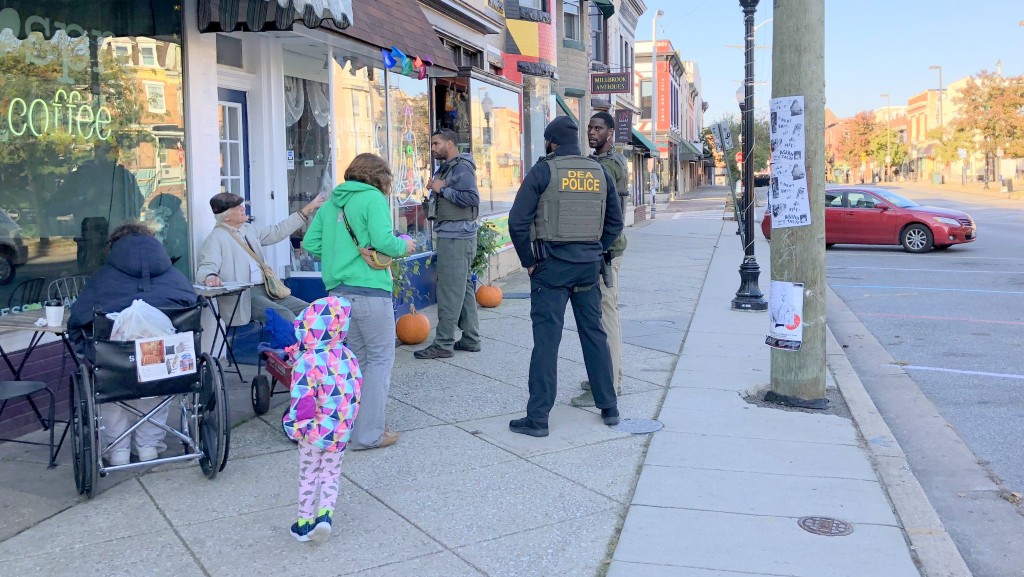 Catching the eye of coffee drinkers and kids in downtown Hampden. (Fern Shen)

DEA officials in Baltimore also have not returned a request for comment from The Brew.

A spokesman for the Baltimore Police Department said he had no information about city officers being involved in this morning’s DEA/U.S. Marshals Service action.

“That doesn’t mean we’re not involved on some level with an investigation this is related to, but if we are it’s just not something that I’m aware of,” said Det. Jeremy Silbert.

In September, officials announced that the Baltimore office of DEA would be participating in a multi-city effort begun in recent years to target drug traffickers.

The federal agency said it was partnering with other law enforcement agencies and health officials in an effort to combat heroin and prescription drug addiction in Baltimore. 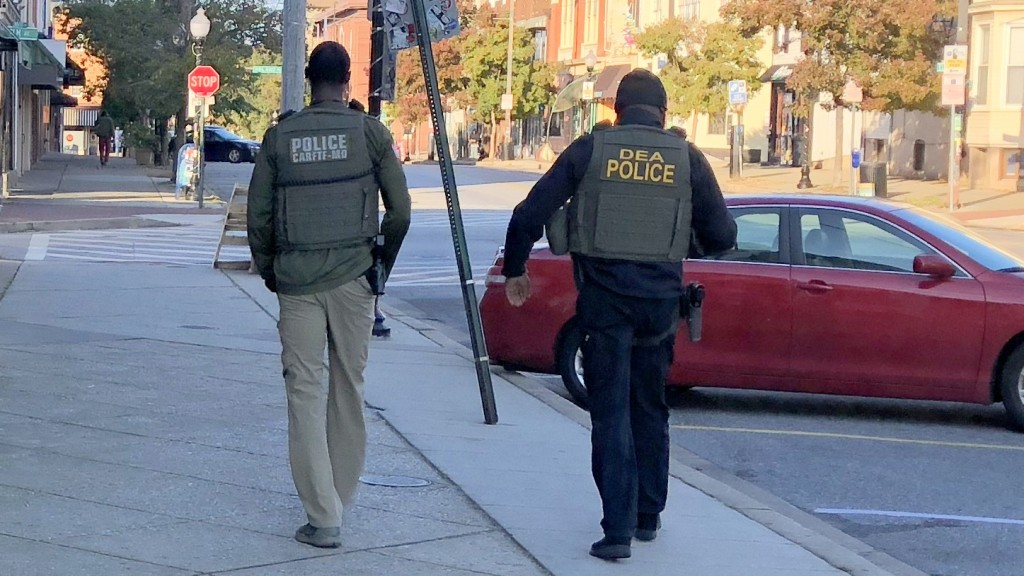