To get an idea of what the Filbert Street Garden means to Curtis Bay, imagine more than tomatoes, zucchini, zinnias, strawberries, pumpkins and all the other things grown at this hilltop garden in far South Baltimore since it was created 10 years ago.

Consider the kids and parents dressed up in costumes for last October’s Halloween party. Or the Easter egg hunt they’re planning this spring.

Picture the retired veterans group that just recently helped rebuild the garden’s raised beds. Or the Baltimore Compost Collective based there, a project that recycles food scraps and, along the way, helps young people turn their lives around.

“So when we heard that the city wants to take the garden for a pumping station, it was a total shock,” said its longtime manager, Rodette Jones.

Jones got word late last week from Councilman Ed Reisinger that the Department of Public Works wants to talk with her and other community members about the need, over the next few years, to build a pumping station in the one-acre spot where the garden is.

Established on a city-owned parcel, the garden was made available to the group through Baltimore’s adopt-a-lot program.

Reisinger said he doesn’t know anything yet about why DPW wants to take that land away and is looking forward to hearing more details at a meeting scheduled with Public Works Director Rudy Chow on Friday.

But Reisinger was clearly taken aback by the proposal.

“You got the beehives, the goats, all the animals, all the kids who come there,” he lamented. “It’s like an anchor. It’s a central part of Curtis Bay, a hub.”

“I hated to be the one to tell them,” he added.

DPW spokesman Jeffrey Raymond said today that DPW has planned for years to build a water pumping station at the site “in order to help assure we have the highest possible quality water for Curtis Bay customers.”

Raymond said the “design stage” for the pumping station is still “a couple of years out,” something that Reisinger said the department had also told him on Friday.

“I asked them, ‘How many years?” the 10th District councilman said. “They told me, ‘We don’t know, it could be two years, three years, seven years.’”

Jones said she plans to tell DPW that the garden can’t be moved after all that she and the others have put into it over the years – there’s the sweetened soil, the sheds, the maturing fruit trees.

DPW’s plans are especially puzzling given the kudos the garden has received lately from city officials at the highest level, Jones observed.

Last September, Mayor Catherine Pugh invited Jones and members of the Compost Collective to City Hall to promote a “food waste management partnership” with the Natural Resources Defense Council and the Rockefeller Foundation.

“When we compost locally, we keep dollars in our community,” Pugh said in prepared remarks. “Our neighborhoods are stronger and cleaner and have good soil for community gardens.”

“For too many of our neighborhoods,” she continued. “healthy and affordable food is still out of their reach. Our composting supports food production and food security.”

After the City Council cracked down on the Wheelabrator trash incinerator two weeks ago – a move that could result in the shutdown of the aging facility – supporters said the city must prepare by expanding programs like composting.

“The mayor said she wanted Filbert Street to be a pilot site for composting, that we should train other gardens citywide how to do it,” Jones said. “I don’t understand. You make a big to-do congratulating us, and now this?”

“Our composting supports food production and food security,” said the mayor in praise of the now-endangered garden.

Among the garden’s strongest supporters are community activists who have scored some big environmental victories in recent years, including the defeat of a proposed new trash-to-energy plant in Curtis Bay.

Destiny Watford and others from the community banded together to stop the Energy Answers facility from being built, then went on to incorporate the Filbert Street Community Garden into their vision for a community land trust. 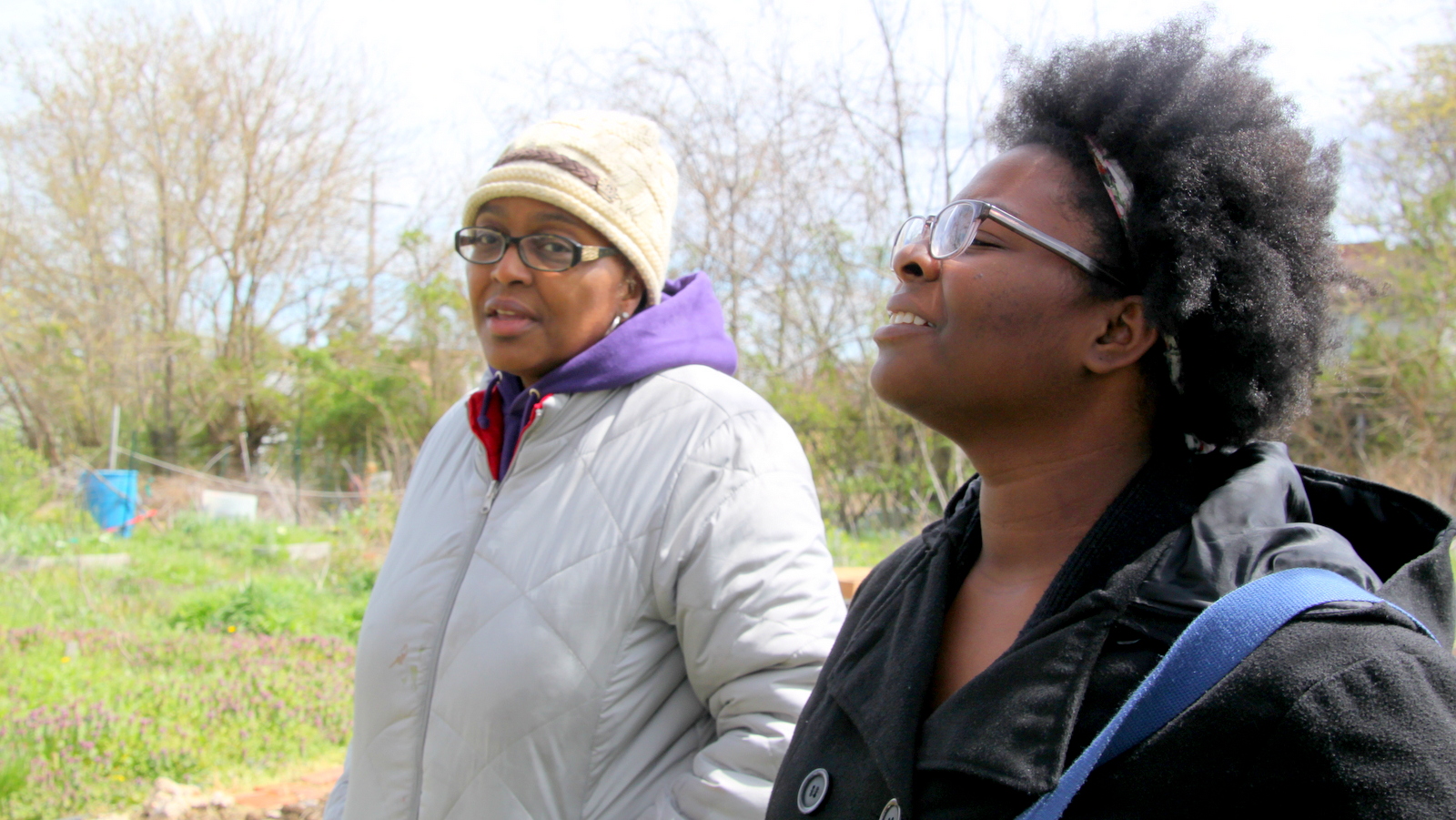 “Neighborhood leaders are not standing for this and are demanding community ownership of the land to protect it from destruction by the city,” said Greg Sawtell, an organizer with United Workers, one of the groups who opposed the incinerator project.

Sawtell points to endorsement that the Filbert Street Garden has received for the city’s own Planning Department.

The garden is prominently featured in the department’s INSPIRE Plan, which aims to make sure that communities benefit from improvements to city schools under the 21st century school construction program.

“The garden is mentioned 20 times and is part of a key planning node that extends from the homes on Hazel Street, which were destroyed by a fire. The community raised $200,000 in state money to rebuild them,” Sawtell said.

Reisinger said he had no reason to believe that the announcement is a form of payback by DPW for the community’s high-profile activism against the Wheelabrator plant and on other issues.

“If I see there’s anything like that going on here, we’re not going to accept that,” Reisinger said.

DPW spokesman Raymond said that as “with any construction work we do, we’d like to make sure we minimize any potential impact on the community.”