It is an origin story that Robert A. Chrencik loves to tell: How a creaky, money-losing state hospital was transformed into a sleek, expansive, entrepreneurial healthcare conglomerate under his tutelage.

Bob Chrencik was a young KPMG accountant when he was tasked in the late 1970s to look at the University of Maryland Medical Center headquartered on Greene Street in downtown Baltimore.

“It was not well-governed,” he recalled in a 2017 Citybizlist interview. “It had problems with accountability. It lost money on a pretty regular basis. It did not have a strong management team.”

Worst of all, “It felt and looked like a public hospital. It didn’t have that private enterprise feel.”

Forty years later, it’s a changed world. Removed from Maryland’s public university orbit and privatized as a 501(c)(3) corporation, the University of Maryland System has exploded into a chain of 14 hospitals.

And presiding over this network, while taking home one of the region’s highest salaries ($4.27 million in 2016), is UMMS president and CEO Bob Chrencik.

A Center of Scandal

“Our capabilities rose tremendously,” Chrencik boasted in the 2017 interview, and the network was gearing up to “close the competitive gap to Johns Hopkins,” its rival on Baltimore’s eastside.

Suddenly, people were unhappy with Chrencik’s management style – powerful people like House of Delegates Speaker Michael E. Busch, who declared that he couldn’t “remember a scandal of this scale taking place since I’ve been in office.” 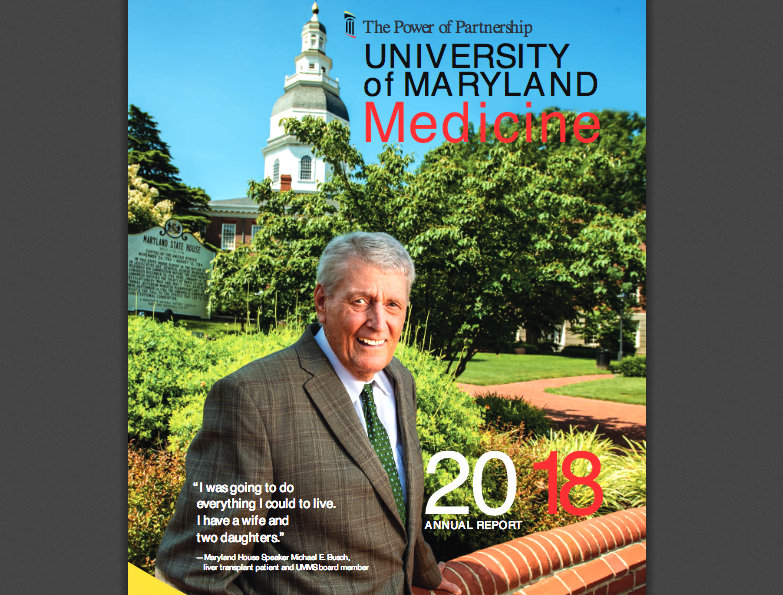 Maryland House Speaker Michael Busch, who was featured on the cover of the medical system’s latest annual report, says he is “outraged” by the self-dealing. (Photo: Stephen Spartana, for umms.org)

Busch was referring to the news, first disclosed in The Baltimore Sun, that nine directors on the UMMS board were pocketing millions of dollars in side deals with the institution.

Conflicts of interest and lack of accountability suddenly seemed to be rife under Chrencik’s watch, with special friends allegedly receiving special treatment.

Perhaps most striking was the case of Francis X. Kelly Jr. As an influential state senator from Baltimore County, Kelly helped Chrencik privatize the University of Maryland Hospital in 1984. Ever since, Kelly has served on the UMMS board of directors, at times as its chairman.

Over the same years, Kelly created one of the country’s largest family-owned insurance companies. Among its most loyal clients turn out to be UMMS-controlled hospitals. 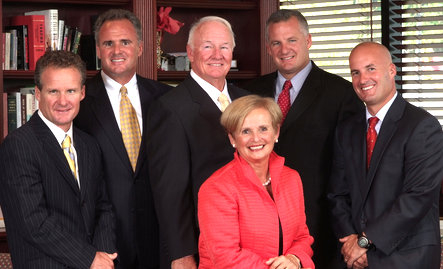 Francis X. Kelly (center) with his wife Janet and their sons John, Frank III, David and Bryan, who run the day-to-day operations. (prnewswire.com)

In fiscal 2018 alone, Kelly & Associates collected $2,822,636 in fees from nine UMMS hospitals, according to records reviewed by The Brew.

Along with Kelly senior, two of the four sons who run the day-to-day insurance business sit on the boards of several UMMS hospitals, including Mt. Washington Pediatric Hospital and St. Joseph.

Kelly said he “abstains from all discussions and votes relative to any business that UMMS maintains with Kelly & Associates” in papers on file with the Maryland Health Services Cost Review Commission.

He did not respond to a request for comment.

Another case involves Baltimore’s mayor, Catherine Pugh, a board member since 2001.

UMMS says its payments were made to “support promoting healthy lifestyles for Baltimore’s schoolchildren.”

Yesterday, Baltimore City Schools said it located 8,700 copies of the self-published book – stored and apparently unused in a district warehouse.

Other UMMS payments went to these board members:

• August J. Chiasera, regional president of M&T Bank that earned fees and interest income of $4.4 million last year. (Among other transactions, M&T has served as lead arranger on a $250 million syndicated line of credit to UMMS and also provided a $75 million term loan to the private corporation.)

• Robert L. Pevenstein, whose Profit Recovery Partners LLC and Optime Group picked up over $200,00 in commissions.

In the wake of the uproar in Annapolis, Chrencik defended the practice in testimony before the Senate Finance Committee and, more candidly, in messages sent to upper management.

“You will likely see more about this story in the media,” he wrote in an email addressed to “UMMS colleagues” last Friday.

“The fact is, all of our contracts with Board members are legal and fully disclosed, and the business relationships are permissible under state law. UMMS has a consistently enforced Conflict of Interest Policy, and we comply with all financial disclosure requirements required of every hospital in Maryland.” 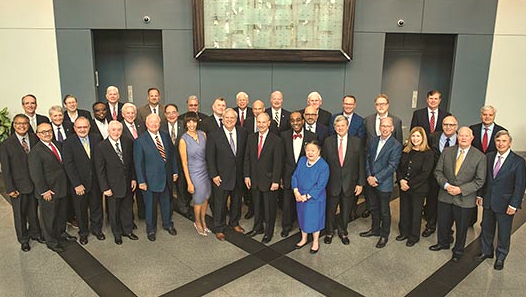 The UMMS board is dominated by elderly businessmen and lawyers. Among the few women on the board were Mayor Catherine Pugh (gray dress), who resigned yesterday following revelations of UMMS payments for her “Healthy Holly” books. (umms.org)

The focus of his email was an attack on Senate Bill 619, introduced by Senator Jill P. Carter, which would prohibit UMMS board members from undertaking any “business dealings” with the medical system.

“Our UMMS Board of Directors is comprised of incredibly talented people, and we benefit greatly from the Board’s governance, business counsel and objectivity. We oppose this bill because the Board of Directors continues to be an invaluable, resourceful body that advances our mission immeasurably.”

Not stated in the email, for obvious reasons, was Chrencik’s fraught relationship with Speaker Busch and Mike Miller.

Until last week, both legislative leaders were staunch friends of UMMS and advocates for the disbursement of millions of dollars in annual state aid to the hospital system.

Busch himself was a member of the UMMS board since at least 2006. On the cover of the system’s latest annual report, Busch was shown smiling benevolently in front of the State House. Inside the brochure, he spoke glowingly about the successful liver transplant operation he underwent at the UM Medical Center in 2017.

Since joining the hospital board, Busch has accepted $7,225 in campaign donations from Chrencik and his wife, Ellen. The latest donation was made in early January.

Busch told reporters he had no idea about the business deals with other board members, and said they were never discussed or approved in his presence. He said he was “outraged.”

Miller, who has received $8,000 in Chrencik contributions since 2009, most recently $2,500 worth of fundraiser tickets, has described the hospital’s contracts with directors as “self-dealing” and a “huge disaster.” He, too, has a seat on the board, which he now delegates to the chairman of the Senate Budget Committee.

But if UMMS management doesn’t straighten itself out, Miller threatened last week, “my representative is going to be a former U.S. attorney.” 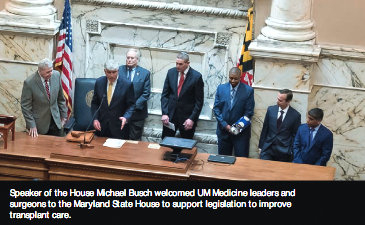 HAPPIER TIMES: Last year, the UMMS transplant team was invited to a session of the Maryland House of Delegates. (umms.org)

It now appears likely that the General Assembly will pass SB 619, whose restrictions against “self-dealing” might spur the resignation of a half dozen or more UMMS members. (Most board members are appointed by the governor to five-year terms.)

What’s less certain is the fate of Chrencik.

His position was unassailable just a week ago. Tomorrow he may learn more about his future when he meets with Busch, Miller and Gov. Larry Hogan in Annapolis.
___________________
To reach this reporter: reuttermark@yahoo.com