An array of developers, non-profits, public officials and regular folk came together in an air-conditioned tent today to mark the start of 1234 McElderry, the first unit of a planned $800 million metamorphosis of near East Baltimore.

The units would replace Perkins Homes and other public housing projects that date back to the 1940s when Baltimore officials vowed to eliminate city slums within 20 years.

The first phase will be a four-story building at McElderry Street and Central Avenue, of which 84 of the 104 units are to be reserved for lower-income families, according to city officials.

A lot of history predated today’s ceremonial shovel toss of dirt. The site was the location of Somerset Homes, a public housing project that was razed 11 years ago to make way for new housing that never appeared.

Complaints about sewage, heating and other conditions at Somerset date back even further – to Daniel P. Henson’s tenure as Baltimore’s commissioner of housing in the 1990s. (A report prepared for the Annie E. Casey Foundation, for example, found that almost 80% of the units had structural damage and plumbing leaks.)

As underscored in this 1997 piece by Baltimore Sun columnist Michael Olesker, frustration with Henson-as-housing-chief was not limited to residents of Somerset Homes.

Today Henson presided over the groundbreaking ceremony as president of Henson Development Co., co-developer of the building with Philadelphia-based Mission First Housing.

Cited as an advocate for the Somerset tenants 17 years ago was Eastside Councilman Bernard C. “Jack” Young.

Now the mayor of Baltimore, Young spoke briefly to the tented gathering.

He described the investment made in the PSO district as “monumental” and said local residents “have been extremely patient and deserve all the phenomenal changes they are about to witness.” 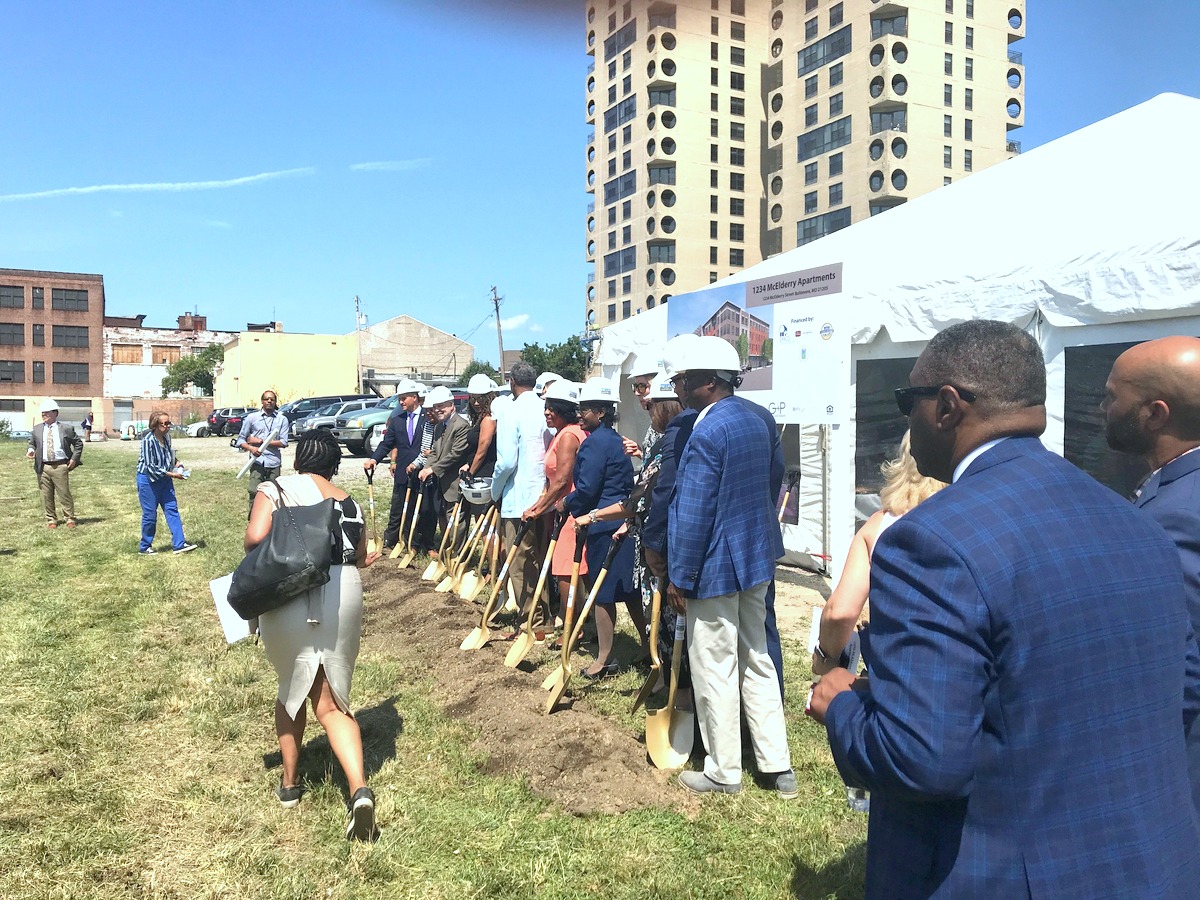 Hard-hatted dignitaries prepare to break ground with chrome shovels at the site of the former Somerset housing project. (Mark Reutter)

The contractor of the $30 million apartment building, Commercial Construction, also has been in the news lately.

The company is a prime contractor of a controversial $50 million conduit project approved by Young and former Mayor Catherine Pugh, whose Ashburton house was renovated by the company at a discounted price.

Commercial’s signature project – renovation of the historic Hendler Creamery three blocks to the south of today’s groundbreaking – has been stalled for months and was the object of a just-settled lawsuit.

Marty Glaze, Commercial’s vice president, was present at today’s groundbreaking but declined to talk to The Brew.

The head of the corporation, Kevin Johnson, who has not responded to repeated requests by The Brew for comment, did not attend the event.

“It is hard to overstate the significance of this day,” said the Housing Authority’s current executive director, Janet Abrahams, who noted that some 163 community meetings were held as part of the process of developing the PSO plan.

Dana Henson, vice president of Henson Development and daughter of its president, said the groundbreaking is the first step in connecting the low-income communities “into the fabric of the city.”

1234 McElderry Street will receive $26 million in bond financing and low-interest loans from the state. Three months ago, it got a $1.5 million no-interest construction loan from the city.

In addition to apartment units, 1234 McElderry will feature a fitness center, cyber lounge and two courtyards, according to Abrahams. 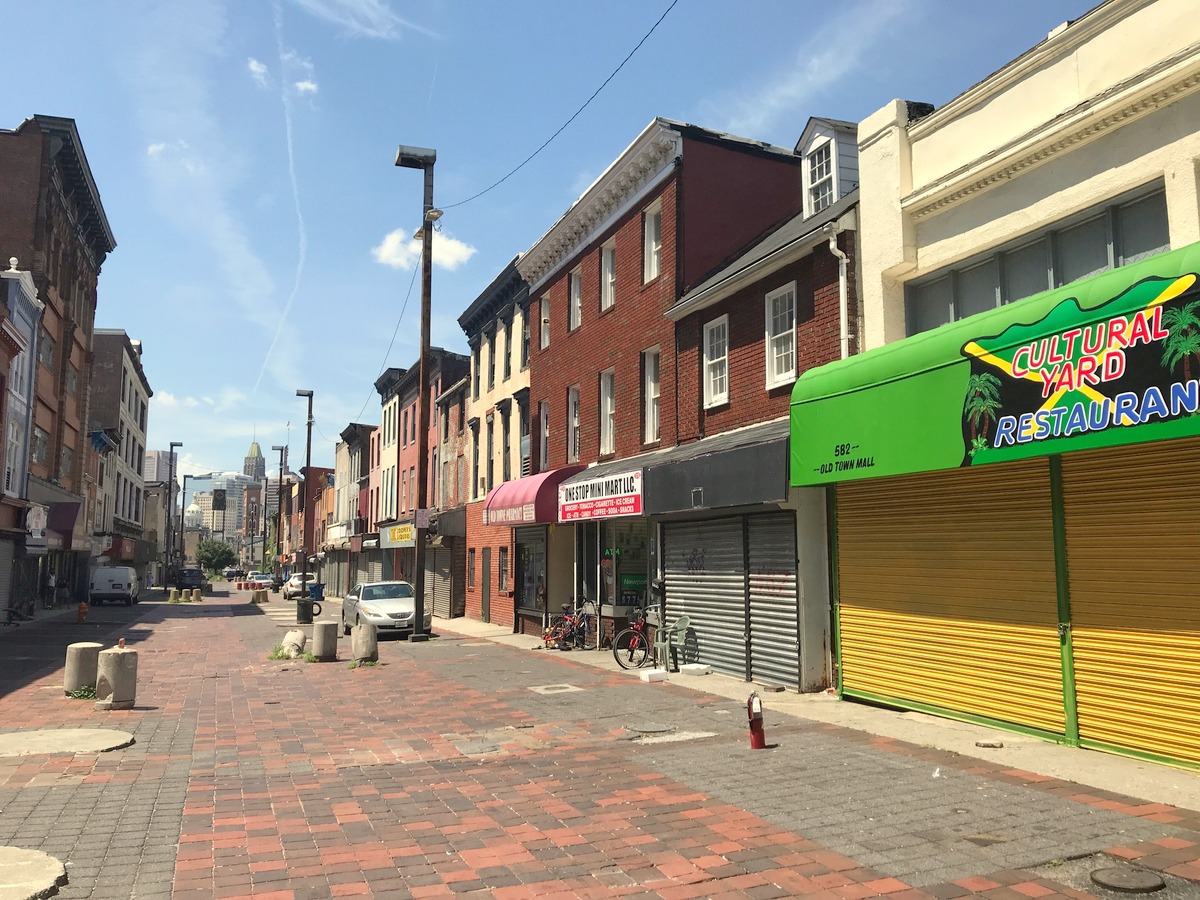 A block west of today’s ceremonies, the historic Gay Street Mall lies unloved and underutilized. Most of the commercial properties are vacant or closed. (Mark Reutter)