Speaking in support of a bill to end Baltimore’s use of “gag orders” in police misconduct settlements, City Council President Brandon M. Scott said to continue using them flies in the face of the city’s pledge to reform its troubled police department.

“We cannot silence the voices of citizens that were victimized by the very charges that we are now under a consent decree for,” Scott said at a news conference in City Hall last night.

Councilwoman Shannon Sneed spoke from experience, recalling a neighbor – a “pregnant woman who came outside, really to stop a fight, [and] got caught up in the mix” – who was unable to speak about the incident because of a non-disclosure agreement she was required to sign in order to receive a settlement.

“For people like her, she will be able to speak her truth,” said Sneed, lead sponsor of Bill 19-0409, “Transparency and Oversight in Claims and Litigation,” that was introduced at last night’s Council meeting.

Councilman Isaac “Yitzy” Schleifer said that silencing victims as part of settlements undermines accountability. He spoke about why city government gag orders are different from the non-disclosure agreements that private companies get claimants to sign.

“All taxpayers are involved because it’s our tax money being used to settle these claims. All taxpayers deserve to know where their money is going and why,” said Schleifer, speaking as the chairman of the Public Safety Committee, which will hear the bill.

Scott and Sneed announced the legislation one week after the 4th Circuit Court of Appeals struck down the confidentiality agreements that Baltimore requires police misconduct claimants to sign, saying they violate the First Amendment and are unenforceable.

The court’s decision stems from a 2017 lawsuit filed against the city by police misconduct claimant Ashley Overbey Underwood and this website, Baltimore Brew.

Under the bill, settlement agreements could not be approved by the law department or the Board of Estimates if they include non-disparagement clauses.

The measure goes beyond police misconduct claims, also prohibiting the use of gag orders by any city agency, official or employee in illegal discrimination cases.

Some aspects of the legislation are up in the air.

For example, would it mean the city could no longer enforce existing non-disclosure agreements, Sneed was asked. The sponsors hope that it will, “but we’re still working out those details,” she said.

Also unclear is whether Mayor Bernard C. “Jack” Young will oppose the measure and if City Solicitor Andre M. Davis will follow through on a vow to appeal the court’s decision.

“That’s the big question, the bigger than $64,000 question,” Dana Vickers Shelley, executive director of the ACLU of Maryland, remarked yesterday.

For advocates, who have been working since last fall to get the council to act on gag orders, the bill introduction was a major milestone.

“This bill is very, very important to me and all the families of police brutality” victims,” Tawanda Jones said.

Jones, whose brother Tyrone West was killed by Baltimore and Morgan State police six years ago, declined to be part of the settlement other family members reached with the city after his death because it would have meant signing a confidentiality agreement.

“I have so many families reach out to me to say, ‘Tawanda, I can’t talk about my loved one, but can you share their story?’” she said. 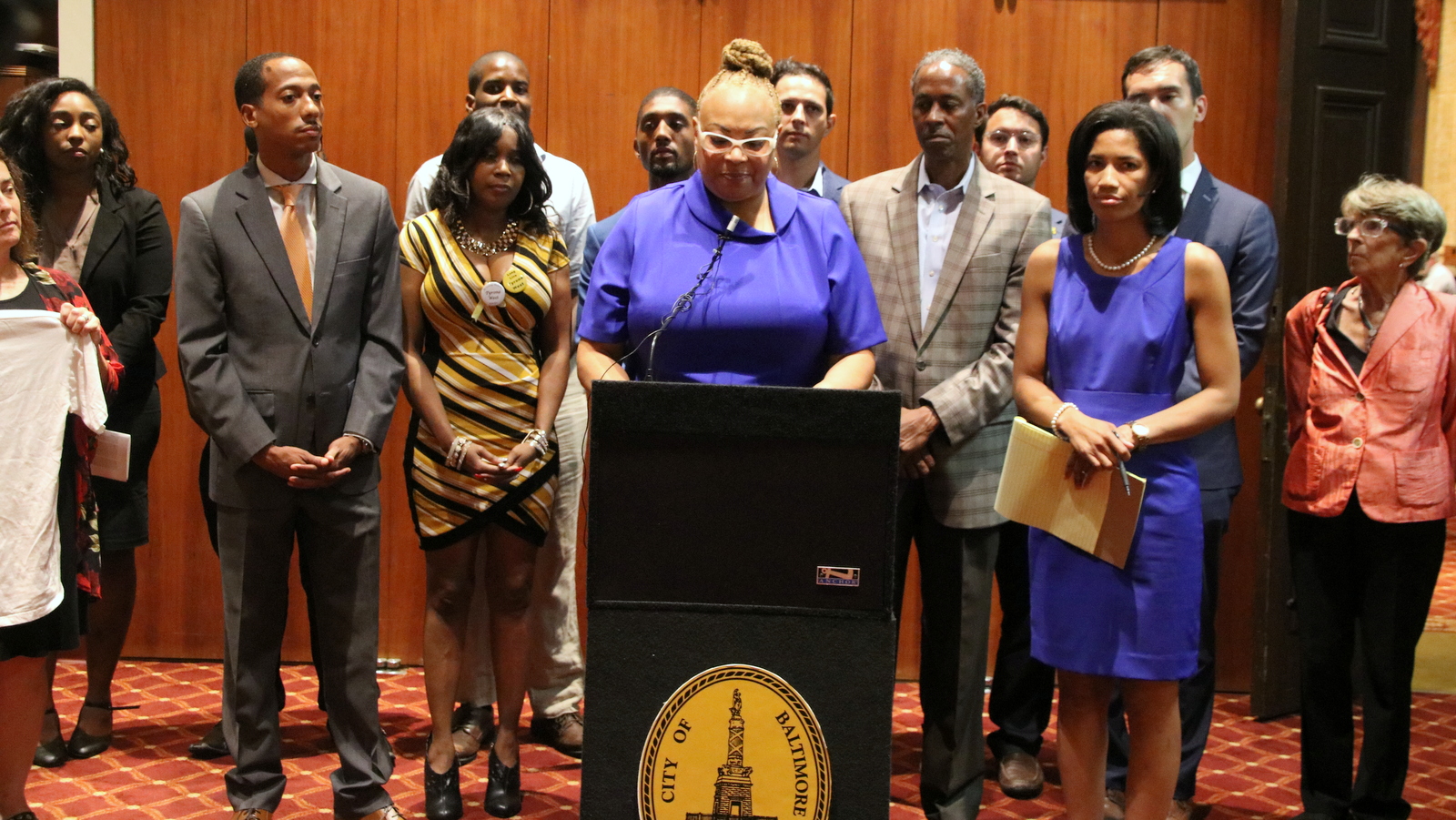 Also speaking yesterday was civil rights and women’s rights advocate Brittany T. Oliver, of Not Without Black Women, who pushed to have the bill include not just police misconduct, but sexual assault and “Me Too” cases.

Passing it, Oliver said, “would send a message that gender violence is real and people will be held accountable.”

“Baltimore needs to listen to the stories of those most impacted by this [gag order] policy,” she said. “These are survivors and history is lost when people cannot tell their stories.”