Baltimore taxpayers paid $24.5 million in the last five years defending the police department against citizen lawsuits – a price city officials acknowledge is certain to increase as a new wave of litigation lands in the court system and older claims are resolved.

In fact, the costs revealed on Monday by Budget Director Robert Cenname to a City Council panel looking at “gag orders” in police settlements excluded the biggest settlement currently pending.

In 2017, a federal jury awarded $15 million to a Baltimore man who spent 20 years behind bars for a murder he did not commit due to the sloppy and prejudicial work of two BPD detectives.

That award is nearly three times the $6.2 million awarded to the family of Freddie Gray, whose death while in police custody sparked civil unrest in 2015.

The city has appealed the $15 million jury award to Salein Burgess, a move that has delayed the financial impact, but is likely to expose taxpayers to a substantial payout in the future.

Citizen claims arising from the federal trial and guilty pleas of members of the Gun Trace Task Force are expected to produce a flood of lawsuits.

So far, the city has received about 10 lawsuits and 70 notices of “intent to sue” from lawyers representing parties alleging harm from the GTTF squad.

And yesterday Police Commissioner Michael Harrison admitted that he has not conducted an internal review of the squad’s illegal activities because Andre M. Davis, the city’s top lawyer, is fearful of the amount and cost of potential litigation.

“We are already engulfed with litigation with GTTF,” Harrison told the Commission to Restore Trust in Policing in Annapolis, that “could be expedited exponentially if we are publicly talking about and uncovering what happened and how this all came to play.”

Some lawyers have recommended that the city set up a special fund to finance the cost of future police settlements, a matter that has not been publicly addressed by Davis or Mayor Bernard C. “Jack” Young. 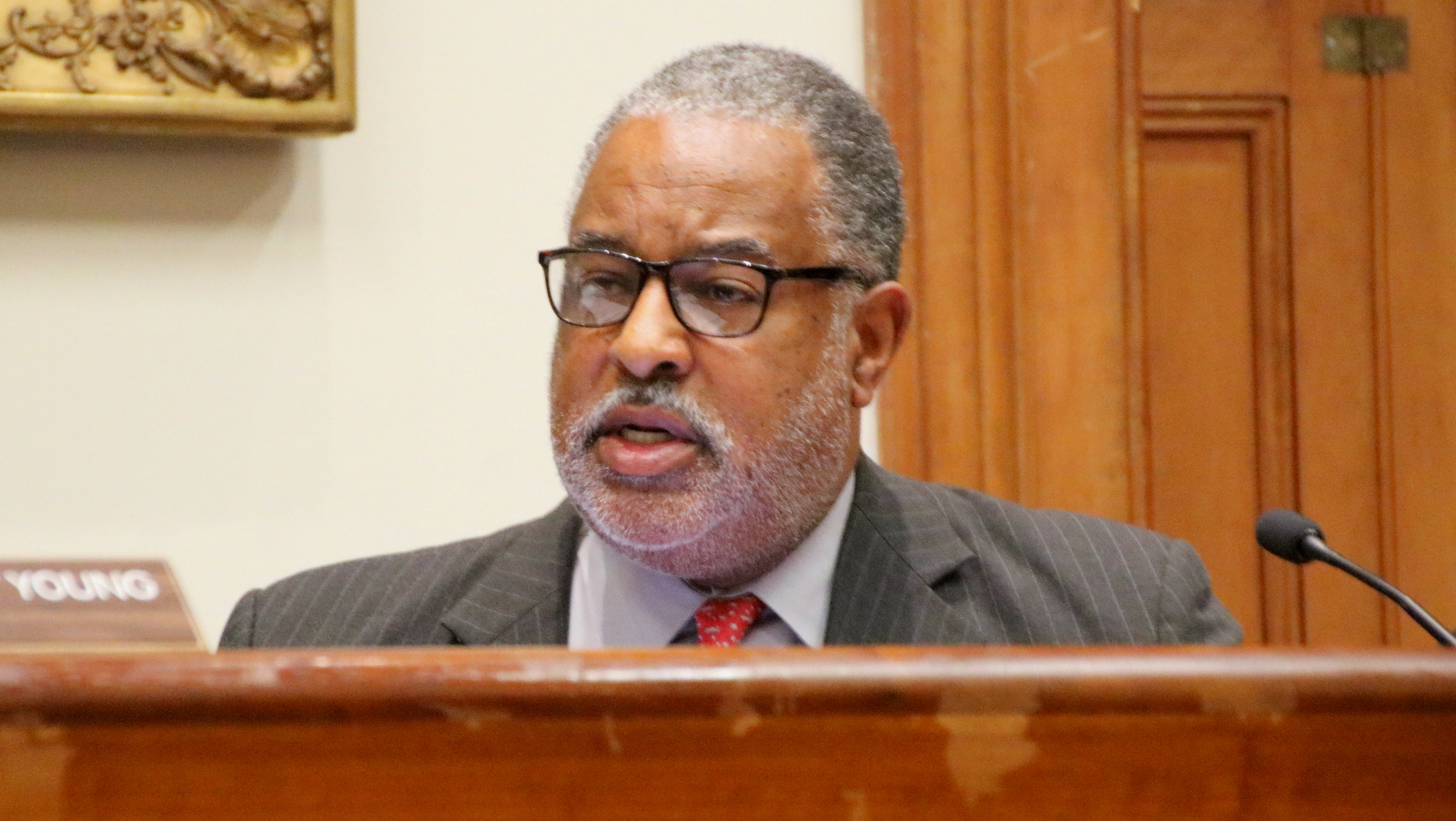 Andre Davis is one of the five members of the Board of Estimates that approves police settlements over $50,000. (Fern Shen)

Getting a handle on the cost of police misconduct settlements is difficult because only settlements of $50,000 and above are publicly disclosed by the Board of Estimates.

The vast majority of settlements are below that threshold and must be pierced together through a laborious review of court records or a Maryland Public Information Act request, which might or might not include all settlements.

Also impeding the free flow of information are non-disclosure agreements, or “gag orders,” contained in 95% of the police settlements, which bar claimants from “disparaging” the city and publicly discussing their cases outside of the specific facts contained in court records.

The last time the administration disclosed the cost of defending the police department against lawsuits was eight years ago in November 2011.

Those costs, Clarke said, not only siphoned off funds needed for recreation centers and other programs undergoing cutbacks, but represented hundreds of instances where citizens were “harmed by the actions of officers whose job it is to protect them.”

Breakdown of the yearly costs for settling police misconduct cases in Baltimore. (Bureau of the Budget)

In the Line of Duty

Under an agreement with the Fraternal Order of Police, the Baltimore Police Department must pay all court costs, attorney fees and judgments against officers sued in the line of duty.

In such settlements, neither the city nor the officers involved acknowledge any wrongdoing.

The settlements typically include language that forbids the claimant and his or her attorneys from making remarks to the press or in social media that “defame and/or disparage the released parties” and could cause “reputational loss. . . and other such intangible or immeasurable potential harms” to Baltimore City.

To limit the city’s future liability, Davis argued last May that GTTF officers had acted outside “the scope of employment” that governs the city’s agreement with the police union.

He sought a blanket ruling from Baltimore Circuit Court Judge Gregory Sampson that would clear the city of liability in future GTTF-related cases. Instead, Sampson dismissed his request, setting the stage for individual judges to decide whether the city is liable on a case-by-case basis.

Maryland law caps judgments against municipalities and public employees at $400,000. In contrast, there are no caps on civil rights violations in federal courts.

Typically, Baltimore lawyers handling police cases have favored state courts, but that strategy is changing, as highlighted by the $15 million judgment won by Burgess before a federal jury.

The bulk of the costs went to private attorneys hired by the city to represent the accused officers.

In fiscal 2019, attorney and court fees outstripped the actual cost of  settlements – $1.19 million paid to lawyers versus $654,000 paid to claimants.